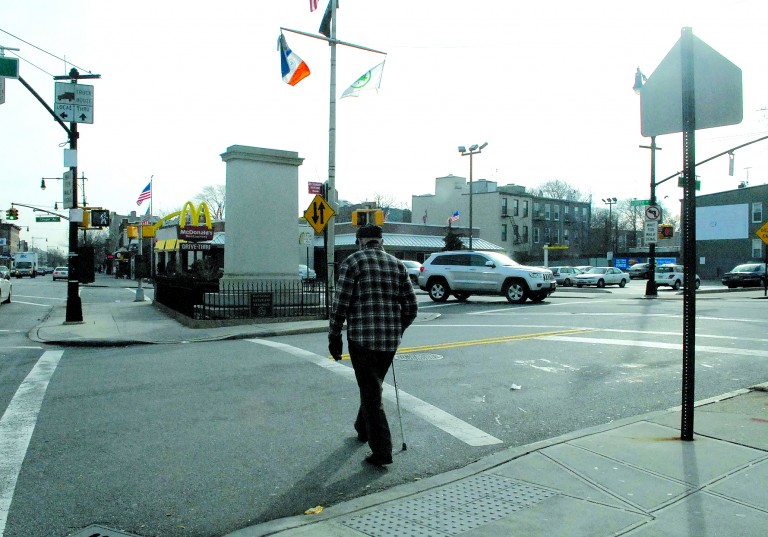 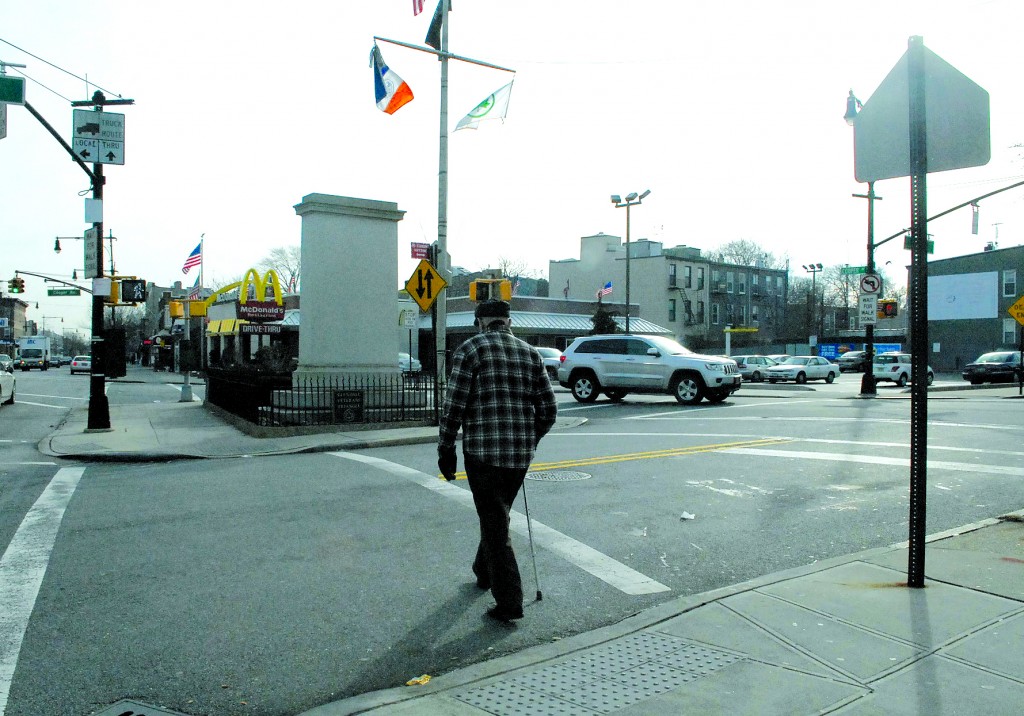 This portion of 70th Street between Myrtle and Cooper avenues in Glendale would be blocked off and become a pedestrian plaza as part of a design floated by the DOT. File photo.

After twice presenting its proposal and getting feedback from the community board and residents, the Department of Transportation (DOT) offered its final version of the proposed pedestrian plaza on 70th Street between Myrtle and Cooper Avenues in Glendale.

Though the majority of the plan remains the same from its second presentation in early May, there were a few ochanges made to the proposed plaza.

The first revision calls for a small portion of 71st Street to be closed for pedestrians.
Emily Weidenhof, a project manager from the DOT, said that after its traffic engineers revisited the plan, they determined that it would be better for drivers and pedestrians walking to the plaza if that slice of 71st Street was also closed off.

“Especially for pedestrians in terms of making it a safer and shorter crossing,” she said.
Another change is narrowing it to three feet. In the plaza’s previous plans, it was 6.5 feet.

The third change is that the DOT is hoping to prohibit turns from Myrtle Avenue to Cooper Avenue and vice versa.

Weidenhof said this would avoid any potential conflict drivers might have with people using the plaza.

Vincent Arcuri, chairman of Community Board 5, which covers the neighborhood the plaza would be in, expressed some concerns to DOT’s representatives.

He said that he is still worried about traffic and speeding on 68th Street and Cooper Avenue. If the plaza plan goes through, Arcuri said it would shift more cars to that street as well as 69th Street because other streets near those would alsobe cut off.

Arcuri said that he would like a traffic light, a stop sign or speed hump near the proposed plaza and their preferred location would be that intersection because of the bend in the road on that street.

He also wanted to consider making 71st Place a one-way street going northbound because drivers would need a way to turn from Myrtle Avenue to Cooper Avenue.

“We need to give them a way of staying legal,” Arcuri said.

He also wants to have the area available for Memorial Day next year because it’s the 75th Anniversary of the parade in Glendale. He’s afraid that construction of the plaza, where the World War II monument is located, would prevent access to that area. The DOT previously said construction could take up to a year.

A couple of residents questioned DOT officials about what kind of benches would be used for the plaza.

The plan includes benches with backrests. There were concerns about homeless people sleeping on the seats overnight something residents and CB 5 want to prevent that.
Residents at the meeting wanted the DOT to change that part of proposal, instead requesting seats that had back and arm rests attached to it for more comfort.

DOT also briefly presented another pedestrian plaza proposal at 71st Avenue between Myrtle Avenue and Stephen Street in Ridgewood. Details to this plaza will be discussed at a public hearing in September.

The proposed plaza is part of a DOT program called the Plaza Program, which partners the city agency with a local nonprofit to create public.

As for the plaza in Glendale, CB 5 has to vote on the plan. If the board votes yes, it then goes to the Public Design Commission for a review.

Estimated completion of the plaza is the spring of 2014.