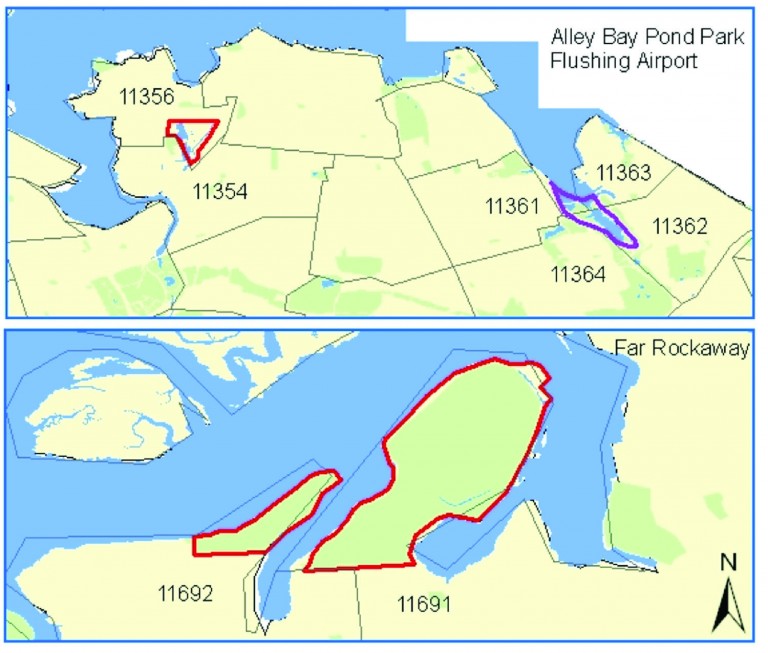 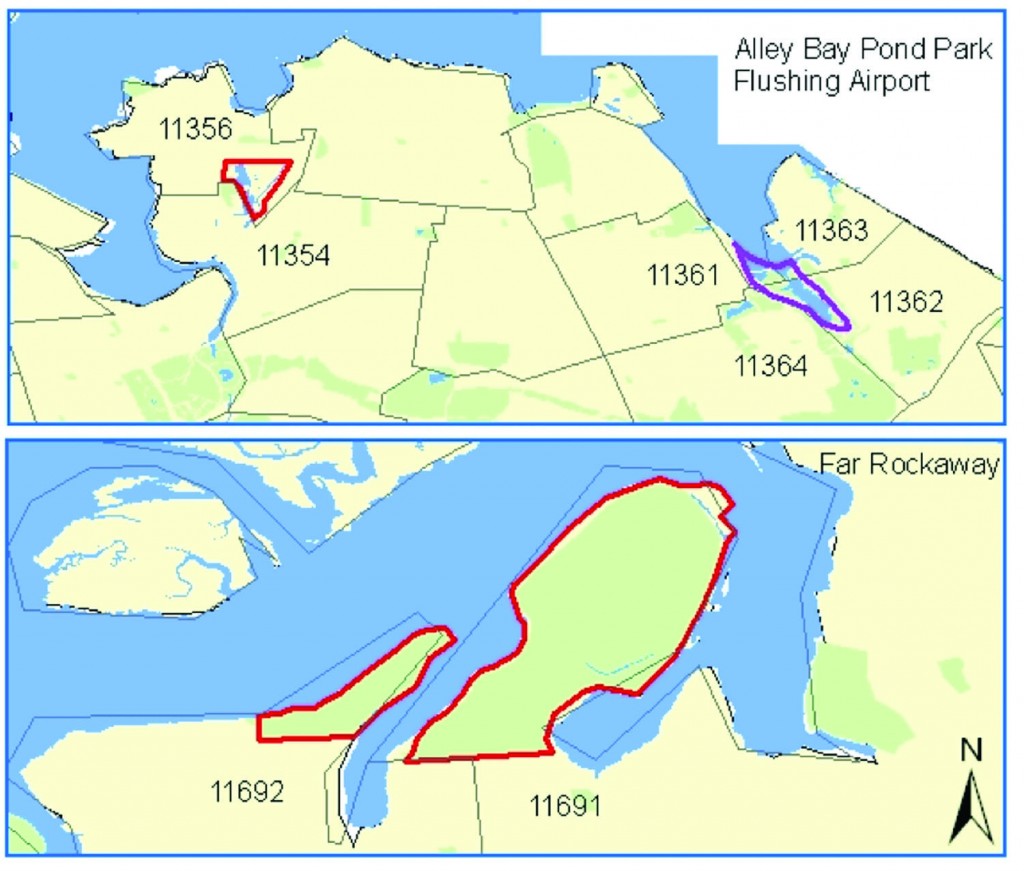 A map, provided by the Health Department, depicting an approximation of the areas in Queens receiving larvicide application. This includes marsh areas in: Alley Pond Park, the abandoned Flushing Airport, Dubos Point and Edgemere Park. Photo courtesy of the Health Department.

The city is taking on those pesky mosquitoes.

In an effort to curb the risk of West Nile virus, officials began spreading larvicide by helicopter to marsh and other non-residential areas of Queens, the Bronx and Staten Island on Monday night. The spraying will continue through Wednesday, weather permitting, between the hours of 6 a.m. and 7 p.m.

The areas being targeted are marshy, natural areas, which are common breeding grounds for mosquitoes. In Queens this includes: Alley Creek in the Alley Pond Hill neighborhood, the abandoned Flushing Airport in Linden Hill/College Point, and Dubos Point and Edgemere Park in Sommerville/Edgemere.

According to the Health Department, the larvicide being used contains natural occurring bacteria and is approved by the U.S. Environmental Protection Agency and the New York State Department of Environmental Conservation.

West Nile is a mosquito-borne virus that can infect humans, birds, horses and other mammals. According to the Health Department’s web-site, the virus causes a mild or moderate, short-lived flu-like illness, or causes no symptoms at all. However in some cases, particularly among persons 50 years of age and older, it can cause serious neurological diseases such as encephalitis, meningitis or can result in death.

A Health Department spokesperson said that in 2011, 11 cases of West Nile virus were reportedin the city. One case resulted in the death of a Queens resident.