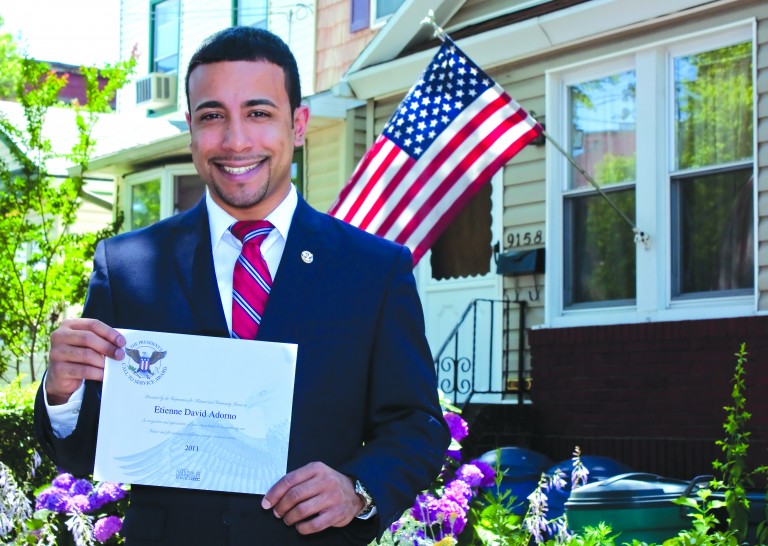 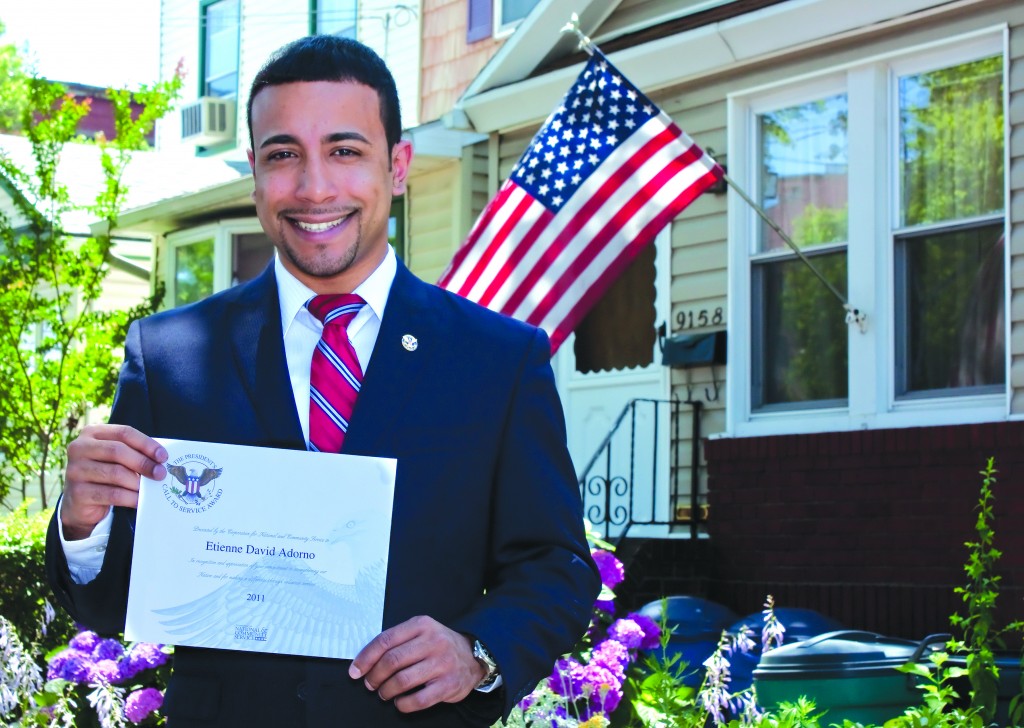 This year, he earned himself the Lifetime United States Presidential Volunteer Call To Service Award for spending more than 4,000 hours devoting himself to volunteerism.

He racked up the time by offering himself as an educator and translator in Queens for anyone unfamiliar with the law or language needed to protect themselves financially or legally.

Acting as an intermediary, he spent hours making certain those he helped were treated fairly and not taken advantage of by the legal system.

He said his site has helped many residents avoid a ticket they would have had to pay without the advance warning.

The President’s Council on Service and Civic Participation created the Call to Service Award was created in 2003 to honor volunteers like Adorno and encourage more people to serve.

Adorno is a graduate of John Jay College, where he received a bachelor’s degree in Criminal Justice with a concentration in Law and Due Process.

He is currently a member of the local Woodhaven Residents’ Block Association and of Community Board 9, where he serves on the Consumer Affairs/Public Safety Committee and the Education Committee.