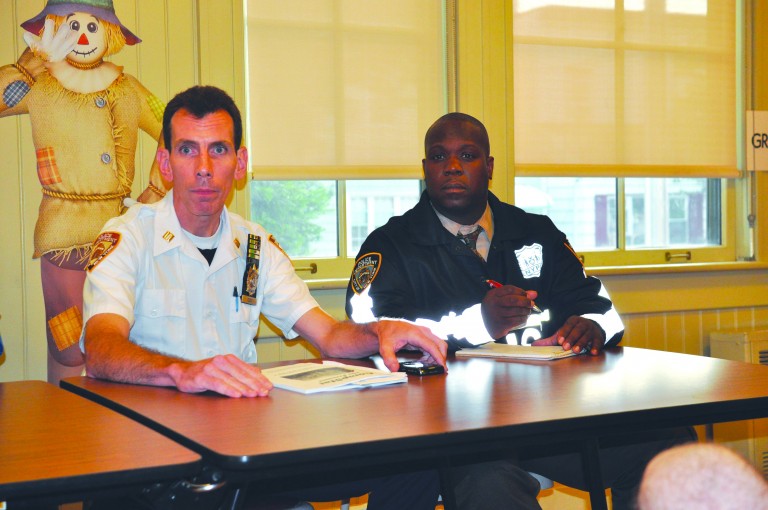 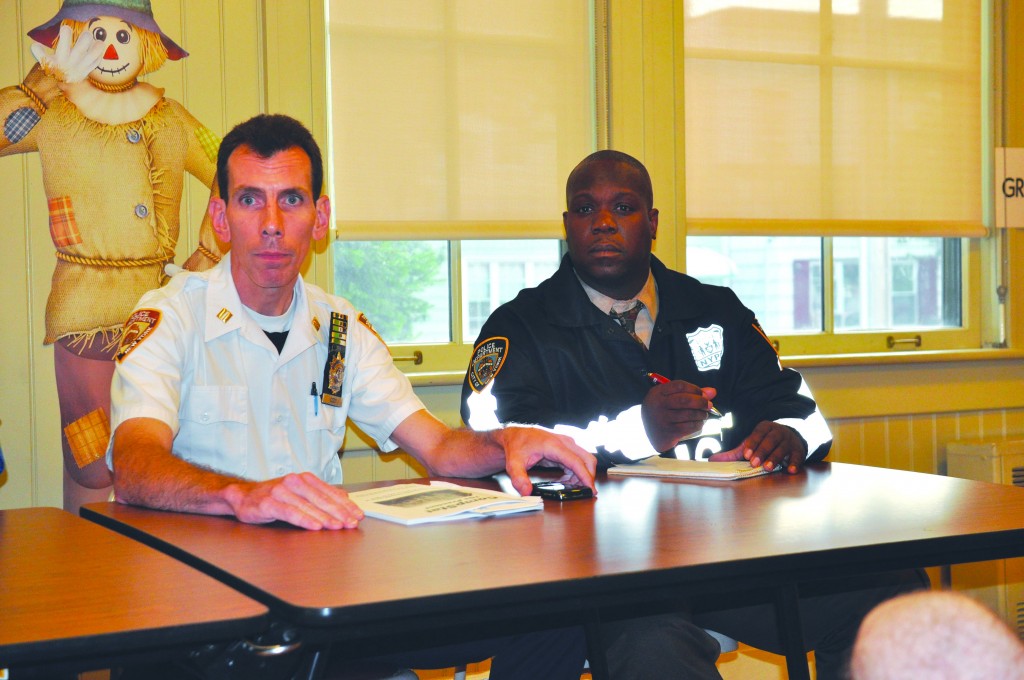 Cody reported that although Grand Larceny Auto (GLA) is down for the year so far, they have seen a recent spike for the 104th Precinct patrol area. A crime is classified as Grand Larceny Auto when someone steals or attempts to steal another person’s vehicle.

According to statistics, Cody read at the meeting, there have been 22 GLAs for the 28 day period prior to July 22. Year-to-date, there are 121 GLAs com- pared to 148 for the same time period last year.

Cody said the recent spike is a result of many people accidently leaving their car doors unlocked. He said that in reading through police reports, he noticed that many of the crimes hap- pen because criminals are able to get in through an unlocked door, which enables them to either take possessions inside the car, which is a grand larceny, or drive away with the car itself.

The method they use is what Cody described as “bad guy lotto.” Thieves will walk down a block and try to open a door on every parked car until they hit the jackpot. He advised people to double check the locks on their doors even if it’s electronic just to be sure that the car is secure. Cody added that the majority of the GLAs have been reported in the Glendale and Ridgewood areas.

Also during the meeting, Mark King, a resident who lives on Clinton Avenue in Maspeth, complained about people racing motorcycles on the nearby Long Island Expressway. He said they’ve been gathering by the Mobil gas station on the avenue. They usually start at around 11 p.m. and go on until 2 a.m.

Cody said in dealing with that, they usually try to get them at the location where they congregate, so that they are able to get most of the people involved in the racing. Otherwise, he said it’s “very tough” to get the group racing because they can get away quickly if they are on a motorcycle.