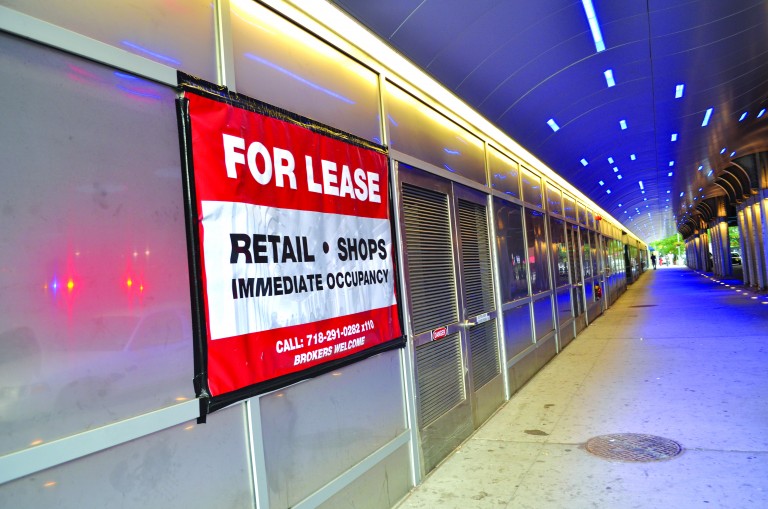 The 5,500 square feet of space near the Jamaica LIRR station, which was built from funds requested by Meeks for Greater Jamaica Development Corporation, still remains empty. Fred Winters, a spokesperson for GJDC, claims the space will soon be occupied by two cultural groups – BroLab and Chashama. Forum Newsgroup photo by Natalia Kozikowska.

Rep. Gregory Meeks (D-Jamaica) and Greater Jamaica Development Corporation (GJDC) are under fire after a New York Post article reported that the U.S. Attorney’s Office issued a subpoena to GJDC, seeking information on funding secured by the congressman. According to allegations, money has continued to flow from Meeks into the GJDC. He secured more than $40 million the group to do three projects near the Jamaica Long Island Railroad Station.

The Post alleges that Congressman Meeks helped grant GJDC funds for projects that are unaccounted for and being misused. Both Meeks and Fred Winters, a spokesperson for GJDC, deny any acts of fraud or wrongdoing.

Objections to the project include that GJDC has been slow to put that money to use—leaving storefronts empty and plans languishing. Presently 5,500 square feet of space remains empty.

According to Winters, there have been a significant number of inquiries from businesses about renting the space. “The last I heard, we are still working on the lease,” he said. Winters said that two cultural groups called BroLab and Chashama will initially occupy the shops. And he maintained that the entire project was approved on a federal level, a state level, and a city level. “One of the focuses of Greater Jamaica is to rebuild a lot of the vacant buildings near the AirTrain. Sixteen thousand people take the AirTrain every day. Some of them will chose to get out and shop and this helps the local economy,” he said.
In addition to helping the economy, Winters said the project has helped create a safer environment for commuters that walk through the area.

“This was a dark, dingy and kind of scary passageway under the Long Island Railroad and the newly placed lights made it safer and more inviting,” he said. 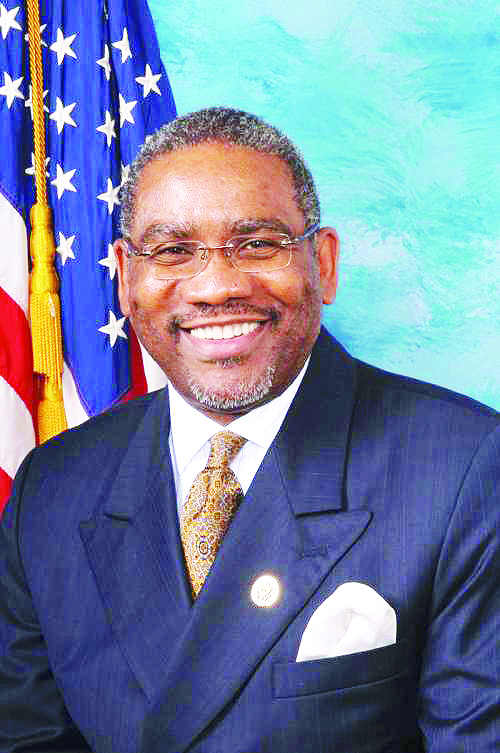 Despite the subpoena, he is adamant that GJDC is not the target of any investigation.

“We were just asked to provide information,” he said and claims that the subpoena was issued in February and that it was issued to specific individual – not the entire organization. But when asked who was issued the subpoena, Winters replied, “I don’t know. You’d have to talk to the U.S. Attorney Office.”
An inquiry to that office however, did not yield a denial or confirmation that an investigation was in progress.

“I was very upset by the Post story,” Winters said. “There are a high number of inaccurate statements – some with my name attached to them. They misrepresented the investigation and misrepresented Greater Jamaica.”

Meanwhile Rep. Meeks said that he has not been called in for questioning. “No one has questioned me and no one has asked me. We are trying to help grow downtown Jamaica and make it commercially viable,” he said.

The congressman claims that The Post is after him. “They come up with the most ridiculous stories,” he said. “If I say something to them they won’t put it in the paper.”

In an interview with The Forum he said that he has never been issued a subpoena by the U.S. Attorney’s office involving discrepancies with the development corporation.

The Post article also tied Carlisle Towery, the president of GJDC, to the situation showing him as a donor to Meek’s re-election campaign. Winters confirmed that Towery did indeed donate $1,000 in June but said that he did so as a private citizen.

“The contribution was entirely legal,” Winters told The Forum. Towery is out of town and could not be reached for comment.

On Friday after the article appeared, the GJDC issued yet another request for proposals to develop a building on Sutphin Boulevard that it purchased in 2004 with $2.7 million in taxpayer money from the Port Authority. Congressman Meeks said that project is still in the works and that he will continue to support Greater Jamaica and all the parties it is involved with. “What we are focused on is getting the results that are desired. I want to see some development and I want to see ideas that work for Jamaica,” he said.

Also part of The Post’s report was the fact that federal investigators began looking into Meeks in 2010 after the New Direction Local Development Corporation, a Queens charity he helped found, allegedly collected thousands of dollars for Hurricane Katrina victims and almost none of it made it to the victims.

“The idea initially was to raise some money and send the money to New Orleans,” said Meeks. He claims that to his surprise, there was money left over in the bank and not all of it had been spent.

“I said to The Post, at that time, that it was news to me because I was under the impression that all of it had been spent and we need to find out what took place,” he said.

Meeks claims that he was not on the board and did not have any responsibilities in that regard. “I was not involved in any of the day to day activities.”
The House Ethics Committee also has an ongoing probe into Meeks over a $40,000 payment he received in 2007 from Queens businessman Edul Ahmad.

Ahmad, the owner of Ahmad Realty on Liberty Avenue in Ozone Park, was arrested in 2011 in connection with a $50 million mortgage fraud scheme.
Meeks admits that he did not report the payment on his yearly financial disclosure form but has since amended his filing. “When I realized that I the borrowed money was not on my financial disclosure form, I amended the form.”