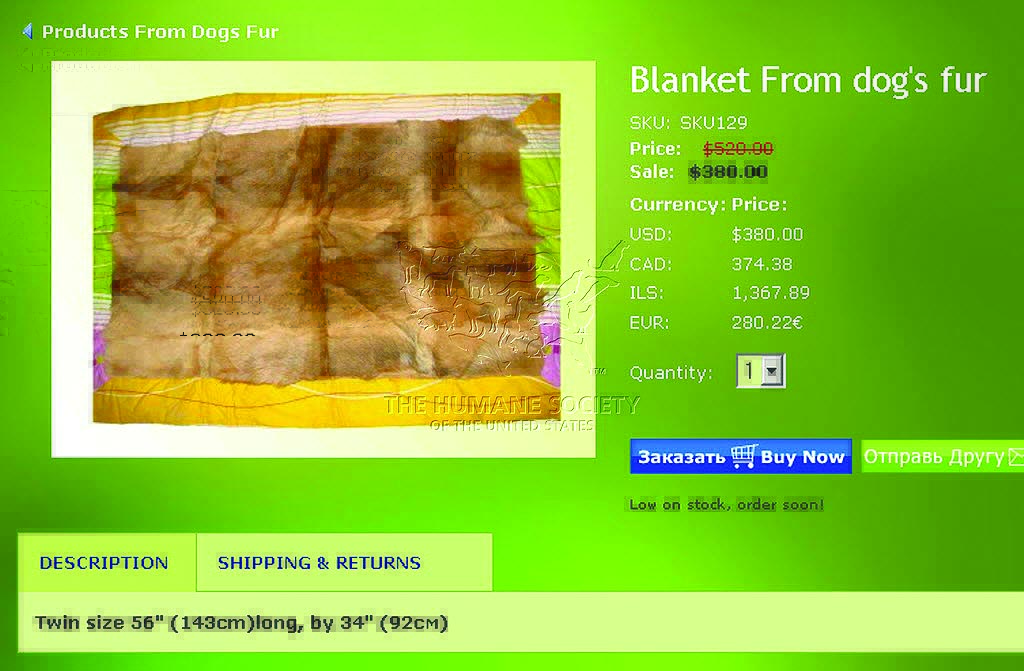 Russian Ads for a Rego Park shop tip off the Humane Society of the United States. Photo Courtesy of HSUS.

After a two-year investigation, The Humane Society of the United States (HSUS) is cracking down on a Rego Park-based business for advertising and selling products containing dog fur.

The HSUS purchased four items from Unique Product Enterprises and determined that it had violated the Dog and Cat Protection Act of 2000, which strictly bans the import and sale of products made of dog fur.

“It started with a tip from a Russian supporter in the New York City area,” said Pierre Grzybowski, Research Enforcement Manager of the Free Fur Campaign of the HSUS. “From there, our investigation started. We found products advertised in both Russian and English and we also found a YouTube video.”

Grzybowski said that the HSUS immediately reported the violation to the U.S. Customs and Border Protection.

The U.S Customs and Border Protection responded quickly, forcing the company to pull advertisements from its website in May.

According to Grzybowski, the HSUS purchased a twin sized blanket, fur lined gloves, belt and a vest. “After careful lab analysis we determined the products, were in fact, made with domestic dog fur,” he said. “We hope that this will send a message,” he added. “Illegal sales of dog fur will not be tolerated. It is certainly our hope that the U.S. Attorney’s Office will take the proper action.”

Anthony Bucci, Public Affairs Specialist for the Customs and Border Protection (CBP) in the New York field office, was able to confirm that his agency is investigating the matter. “The Dog and Cat Protection Act of 2000 calls for the seizure and forfeiture of any item containing dog or cat fur and the CBP is at the port of entry and the border, seizing anything that is illegal or unsafe,” said Bucci. “We work very closely and will work very quickly when any kind 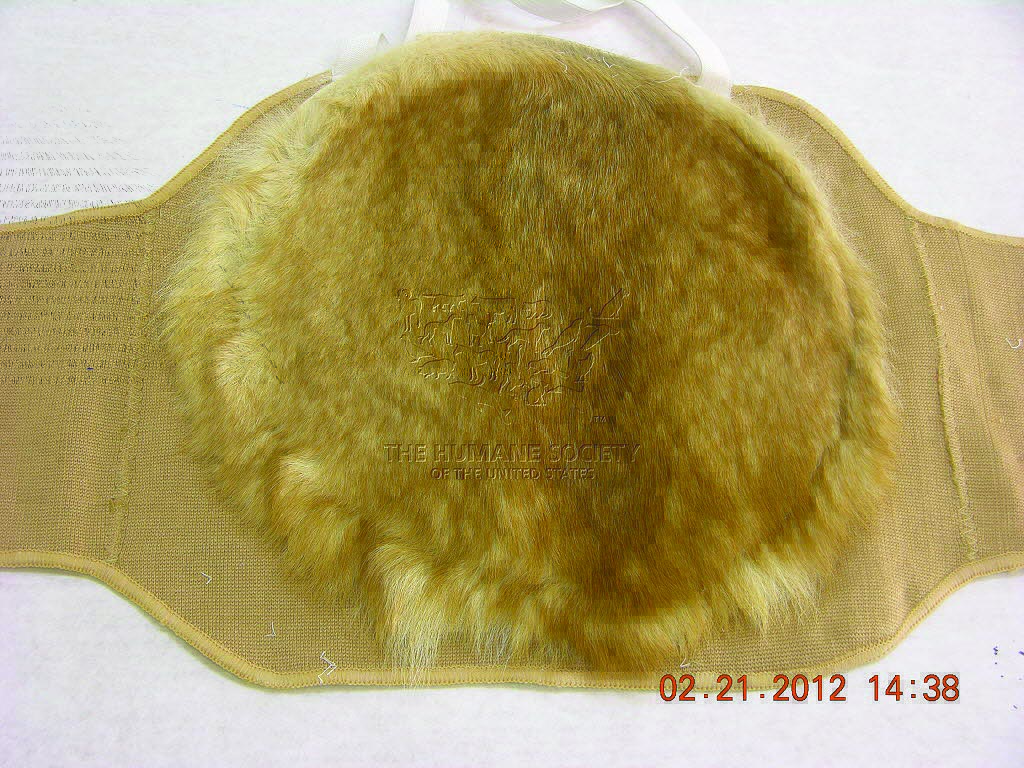 of information is given to us.”

The CBP was unsure how the merchandise containing the dog fur made it across the border. “I do not know the specifics on that, but in general terms people who will try to break the law will try almost anything and everything to try to get their product into the country,” said Bucci. He continued by offering reassurance to the American public about how seriously CBP takes the sale of such products, “This is one of the responsibilities that the CBP has on a daily basis.”

In two years working at the CBT, Bucci said he does not recall many similar incidents. “I really have not seen this often,” he said. “Maybe a couple of times that I’ve been here but as far as the New York/ New Jersey area – to my recollection, this is the first time I’ve heard about it.”

The HSUS said it would not disclose the address of Unique Product Enterprises in Rego Park because of the possibility that it could also be a place of residence.