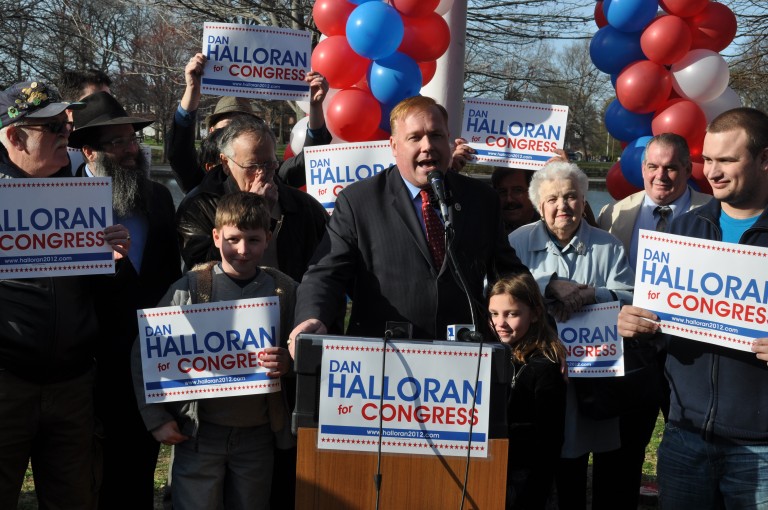 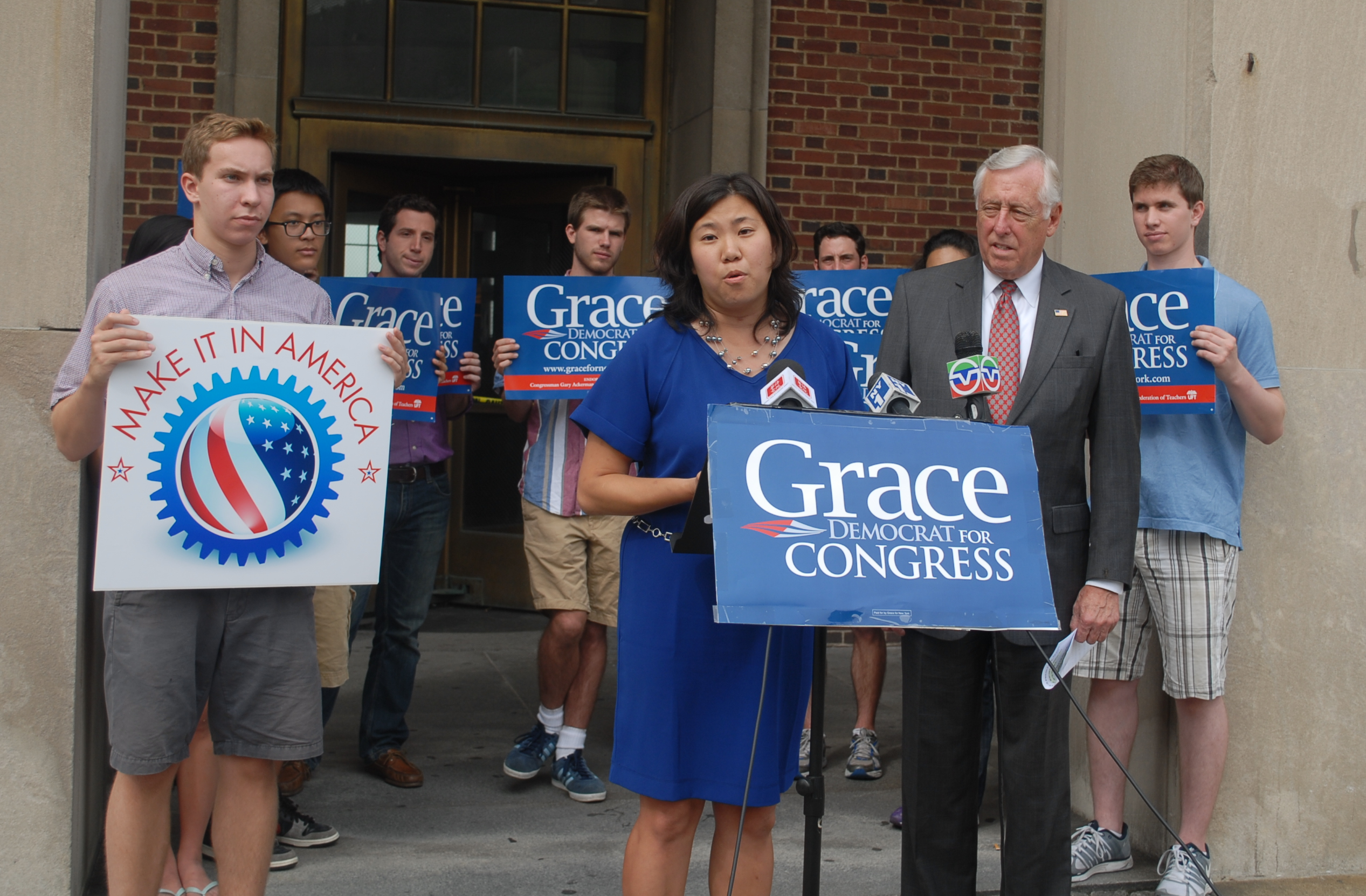 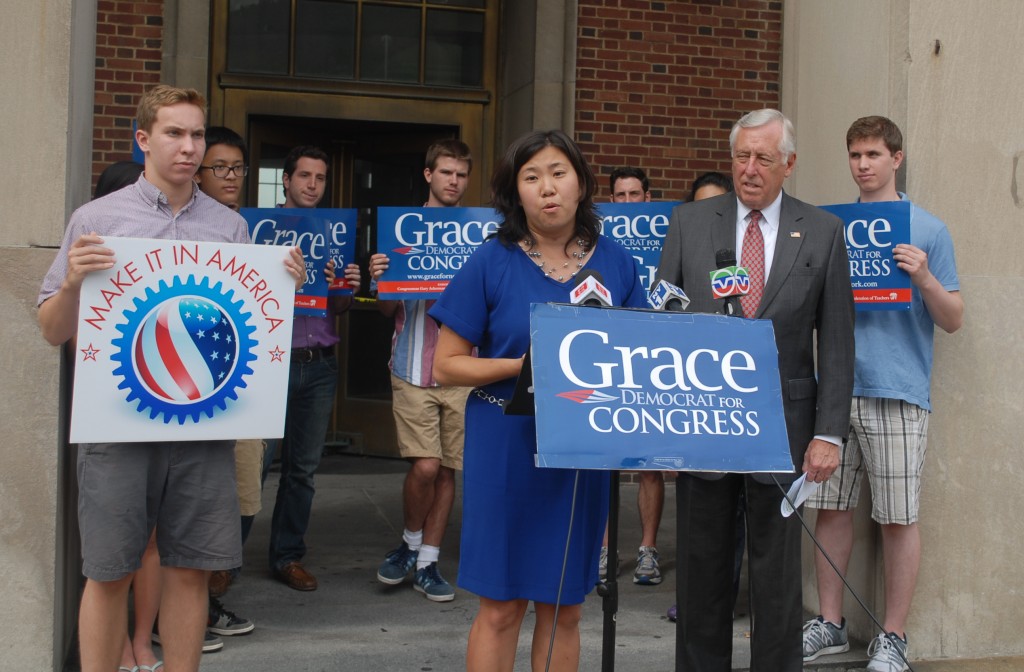 At a press conference Tuesday, Assemblywoman Grace Meng stood with House Democratic Whip Steny Hoyer to support the “Make It In America” jobs plan and also fielded a question about fundraising claims made by her opponent. Forum Newsgroup photo by Jeremiah Dobruck.

Assemblywoman Grace Meng and Councilman Dan Halloran are punching back and forth about disclosing funds possibly raised by Grace Meng’s father, Jimmy Meng, who was recently arrested on fraud charges.

Now, the two candidates in the 6th Congressional district are arguing about whether or not campaign funding “bundlers” even exist.

Meng has tried to distance herself from her father since the arrest, but after a video surfaced last week of Halloran claiming that a large chunk of Meng’s money came from fundraising by her father, the two have been dragged into an awkward debate.

In the video, first posted by The Politicker, Halloran claims the Jimmy Meng had a hand in raising as much as 25 percent of his daughter’s campaign funds—although there’s likely no concrete way he could know that.

Austin Finan, a spokesman for Meng fired back though, telling City and State, “Recklessly implicating and attacking an independent woman with a sterling reputation in an attempt to score cheap political points is distasteful and sad. Voters don’t want to be bothered with distractions and whining politicians who aren’t focused on the issues. They want representation in Washington that is focused on protecting the middle class, creating jobs and getting our economy on the right track.” 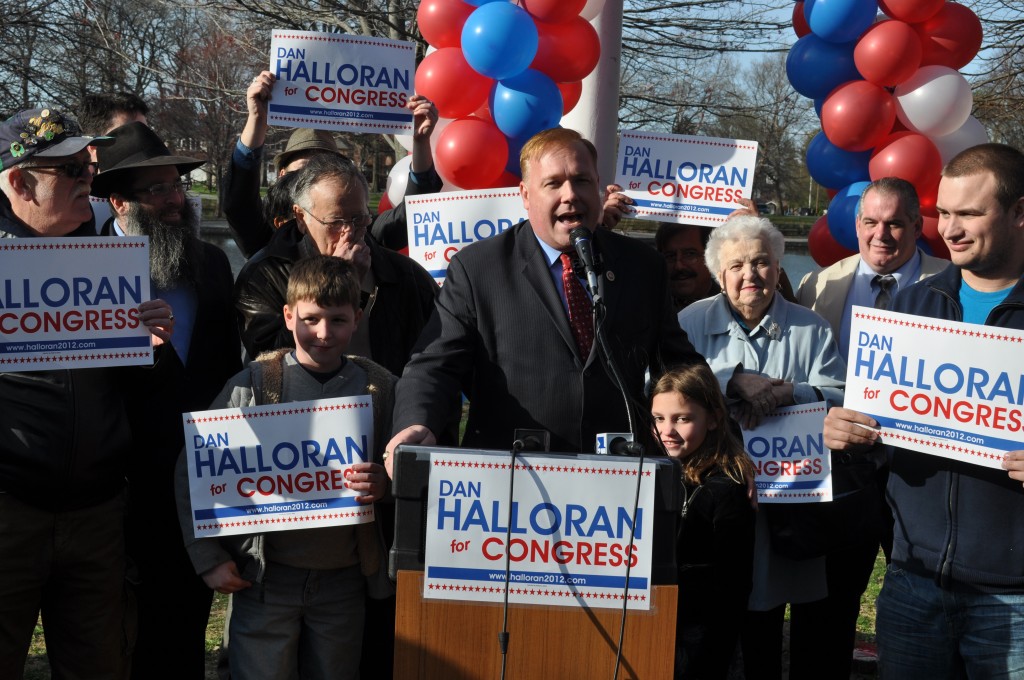 Councilman Dan Halloran has called on his opponent in the 6th Congressional district to release information on her fundraisers. File photo.

Since then, both camps have avoided invoking Jimmy Meng by name and have instead focused on the issue of disclosing “bundlers,” who solicit and collect money from individual donors on the campaign’s behalf.

Meng has since refused to voluntarily disclose who took part in bundling money for her campaign.

Halloran jumped on that refusal, issuing a statement that avoided referencing Jimmy Meng.

“My campaign is based on transparency,” Halloran said. “Americans are tired of politics as usual, and Washington has lost our trust. Full disclosure is the only way to restore that trust.”
The attack continued with Halloran’s spokesman Steven Stites chiming in.

“If Grace Meng isn’t ready to disclose her finances, how can she be ready to represent us in Congress?” Stites said. “Her campaign coffers are flush with special interest money. The people deserve to know who helped her raise that money. New Yorkers can’t help but wonder what Grace Meng has to hide.”

As Meng has pointed out repeatedly, she has no legal obligation to disclose those fundraisers, and at a press conference Tuesday said that bundlers don’t even exist.

“For any candidate who understands campaign finance laws on city state or federal levels, they’ll know that there’s no such thing as bundlers technically,” she said. “It’s not something that campaigns keep track of. So it’s something that’s being made up for political purposes.”

When asked if that means the campaign doesn’t know how much Jimmy Meng may have raised for the campaign, Meng spokesman Austin Finan did not address the question, instead referencing the campaign’s previous statements that it has strictly abided by all legal requirements.