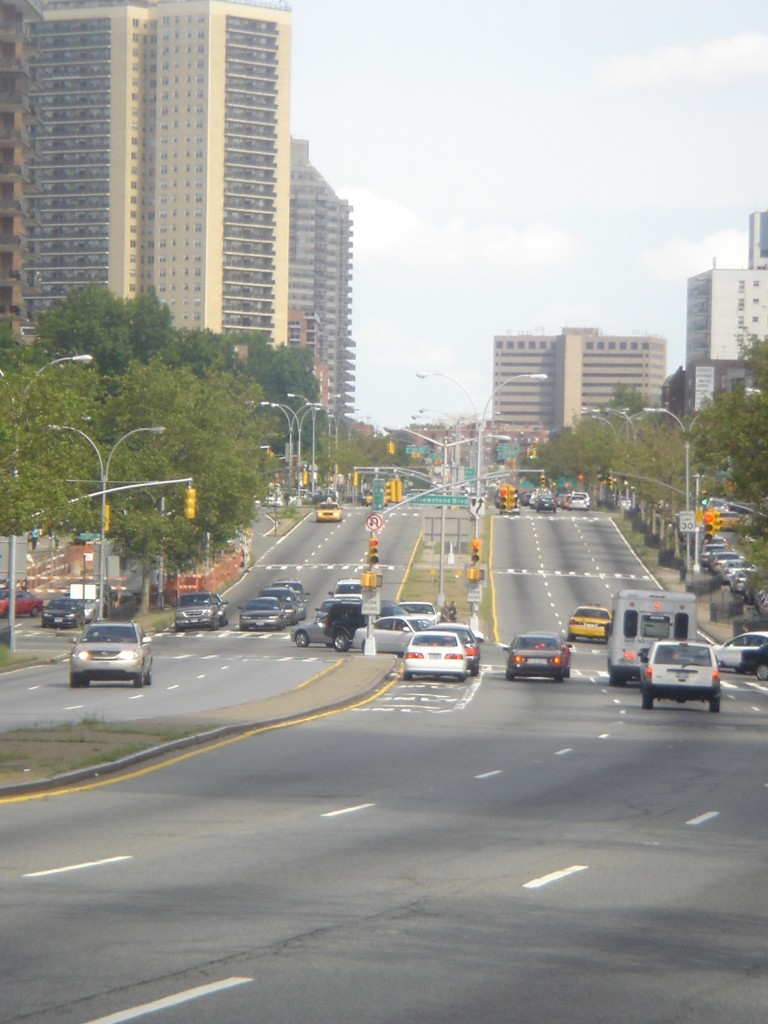 Although Queens rightfully maintains a distinct image from its neighboring borough to the west, one Astoria politician noticed something Manhattan has that he wants mimicked on his constituents’ streets – emergency lanes.

City Councilman Peter Vallone (D-Astoria) sent a letter to the Department of Transportation about a month ago requesting the establishment of the emergency vehicle pathways along the entire length of Queens Boulevard from Long Island City to Jamaica.

“The Death Boulevard needs a life-saving lane,” said Vallone, referring to the thoroughfare’s unflattering nickname, earned because of its high-pedestrian mortality rate.

“If you drive in Manhattan you see emergency lanes all over the place. They tell people what lanes to leave clear when they hear a siren. They obviously serve a purpose or they wouldn’t be all over Manhattan. There does not seem to be a reason that a busy street like Queens Boulevard shouldn’t also have emergency lanes,” continued the Councilman, who also serves as chair of the Public Safety Committee.

The proposed lanes do not take away public use driving privileges, but clearly mark the passageway that must be vacated if an emergency vehicle is trying to pass.

“People are trying to do the right thing but when hear emergency sirens behind you, you’re not sure what lane to get into,” said Vallone who thinks the problem is worsened on the Boulevard by what he calls “traffic slowed to a crawl.”

“It is very difficult for traffic to move there now or ambulances to pass.”

The Astoria politician says a retired EMT ambulance worker called his office this summer to point out the lack of the safety features in Queens and Vallone immediately questioned why the idea hadn’t occurred to him earlier. Although, he says, “this wouldn’t be the first time Manhattan received consideration that the outer boroughs haven’t.”

“A lot of people haven’t thought why are they all over Manhattan but no where else.”

A spokesperson for the DOT said, “We’d consider a request for this or other street changes in conjunction with FDNY,” but would not provide a time frame of action.

Vallone believes costs for the project would be minimal.

“All they have to do is paint the street with ‘Emergency or Fire Lane,’ ” he calculated.

Although the DOT has not responded to his appeal, the elected official is optimistic.

“If they deny this, I would love to hear a justification for why Queens doesn’t deserve it,” he said.