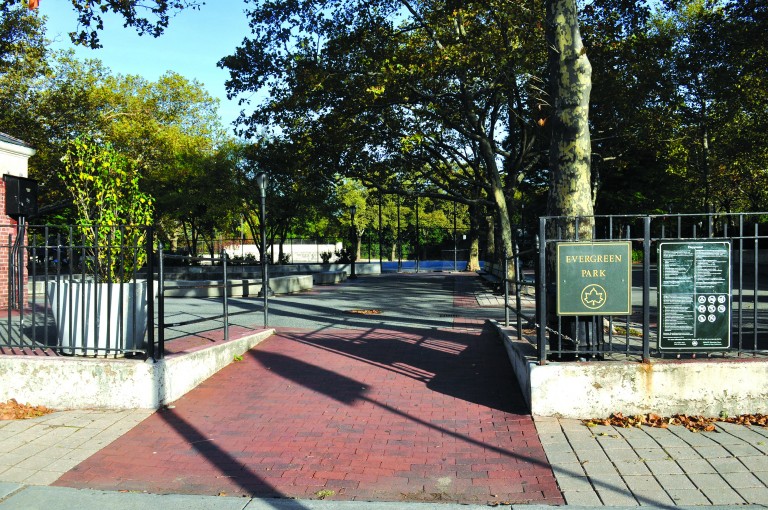 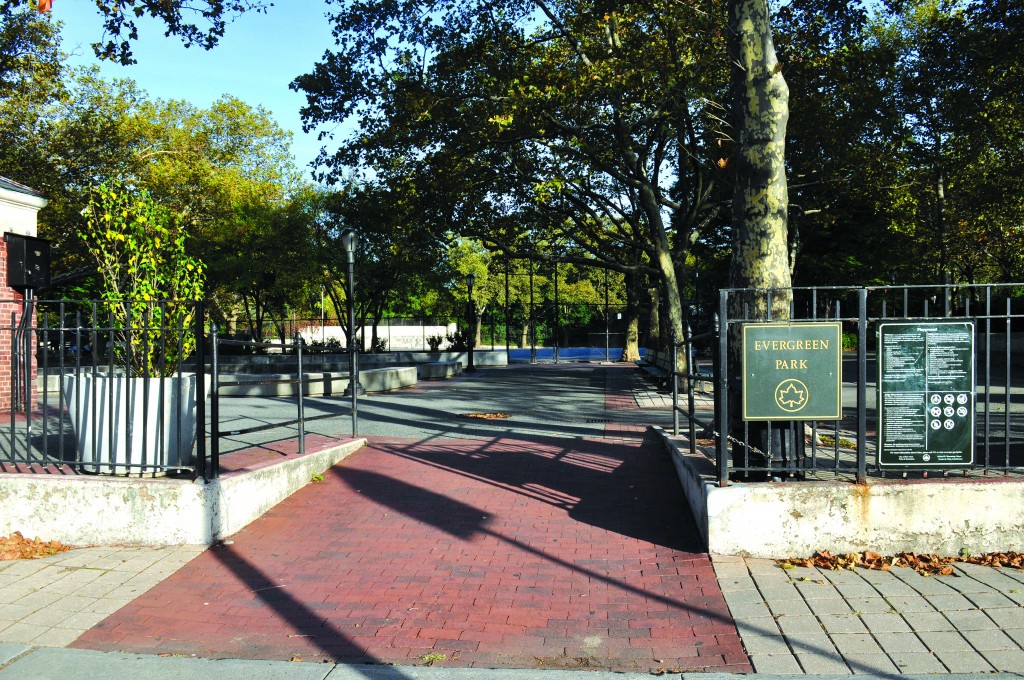 Evergreen Park’s playground is set to welcome a new addition after Community Board 5 approved a renovation to the play area at its meeting last week. Forum Newsgroup photo by Luis Gronda.

Community Board 5 officially approved two projects in Glendale that will bring some changes to parts of that neighborhood.

At its October monthly meeting, which took place last Wednesday, CB 5 unanimously gave the green light to the pair of projects, one that will renovate the playground at Evergreen Park at 60th Street and St Felix Avenue. The second will install a series of antique, decorative light poles in the eastern part of Glendale between Woodhaven Boulevard and 88 Street.

For the playground renovation, according to CB 5, a new toddler play area will be built at the northeast section of the park, right by the entrance on St Felix Avenue. The bocci ball and shuffle board courts will also be removed as part of the plan and replaced with a new sprinkler. The current sprinkler system at the park will be stretched to include the new sprinkler. Other parts of the plan include installing new benches and plants.

Gary Giordano, district manager of CB 5, said that the new additions to the park are aimed at giving toddlers between 2 and 5 years old improved options when they go to that playground. He said that the part of the park with play equipment for older children has already been fixed and the next step was to give something for the younger children.
“Most importantly, it’ll give the children a really nice place to play,” Giordano said.

Councilwoman Elizabeth Crowley funded the project, which cost about $1 million dollars in total.

“Glendale and Ridgewood residents will soon see their tax dollars hard at work as the Parks Department transforms Evergreen Park into a beautiful oasis for the community,” Crowley said in a statement. “I have stressed the importance of capital investments since being elected, and I’m proud to have worked with Parks to move this project forward.”
Steve Whitesell, from the city Parks Department who was at the meeting, said that construction on the playground will hopefully begin in the fall of 2013 and should take about one year to complete.

Several street lights will also be installed in Glendale, starting from Woodhaven Boulevard to 88th Street, thanks to CB 5’s approval at that same meeting.

According to Judy Close, from State Senator Joe Addabbo’s office, there will be 48 street lights put in that strip of land, which ends just a few blocks away from Atlas Park Mall.

The design of the poles will be what is called an “F” pole design, or a tear-drop design.

Close said that the next step for that project is that it needs to be approved by the Department of Design and Construction, which should happen by the end of this year, then the Department of Transportation would install the poles, which would likely start in the early part of next year.