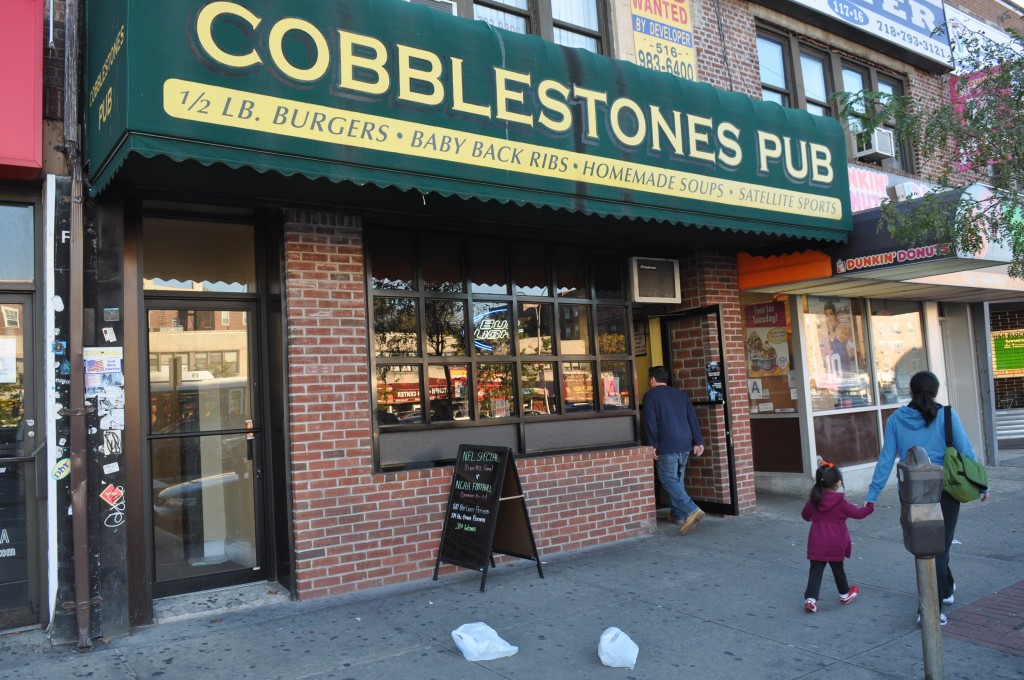 Cobblestone’s Pub, which is owned by Peter Massaro, opened a half-basketball court in June of this year. Massaro has denied the civic association’s complaints, saying that they have no actual proof of their accusations. Forum Newsgroup photo by Luis Gronda.

A group of angry residents is calling for the removal of a Forest Hills basketball half-court saying that it is disturbing the neighborhood, while the court’s owner says that the group’s allegations are not true.

Since the half-court behind Cobblestone’s Pub in Forest Hills opened back in June, it has hosted many games from several 3-on-3 tournaments that people participate in.

But residents from the Kew Forest Civic Neighborhood Civic Association say that the court has caused increased noise, traffic, crime and littering for the area near the bar. The civic group is made up of residents who live within a 2-block radius of Kew Forest Lane and 78th Avenue.

At last Wednesday’s Community Board 6 meeting, Stephanie Lin, who is the group’s spokesperson, read from a statement that described their complaints and frustrations with what they say has been going on at the court.

She said that there’s often about 40-60 people at the court yelling and screaming during the games and she measured a decibel level of 48 during one of their recent games, according to the statement. Lin also said in the statement that on at least 2 occasions’ games have gone on until midnight, but generally end at around 10:30 p.m.

“It is like having an outdoor Madison Square Garden adjacent to our backyards,” said Lin, who lives five houses away from the court, in the statement. “Our children cannot concentrate on their homework, we are prevented from reading and watching TV in our family room, our babies cannot sleep undisturbed, and our working parents cannot unwind 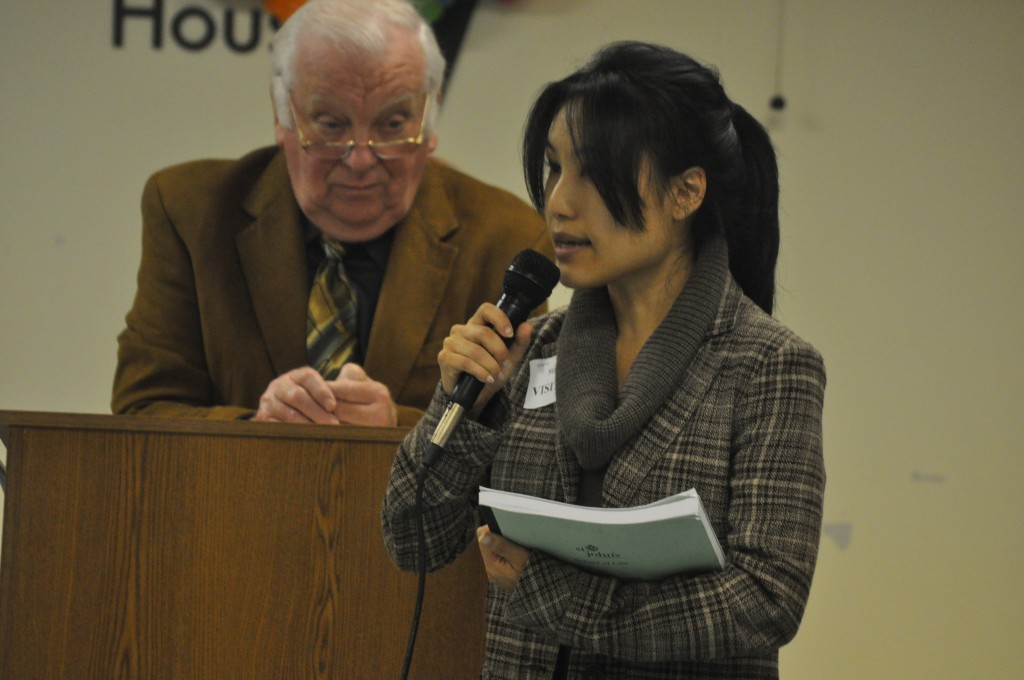 Stephanie Lin, a member of the Kew Forest Neighborhood Association, calls for Cobblestone’s Pub to close down its basketball half-court after they have complained about an increase in noise, littering and crime in the neighborhood behind where the bar is. Forum Newsgroup photo by Luis Gronda.

after a day of work in the quiet of their own home.”

Peter Massaro, who is the owner of Cobblestone’s, disputes Lin’s claims saying that she has no actual proof that the things she said actually happened.

He also said that he hasn’t heard any complaints from the 112th Precinct or the CB 6 regarding the court in the 4 months since it opened and he hasn’t received any summonses from police because of anything that has gone on at the court. He added that they keep a schedule of when each game is supposed to start and finish and their games don’t go on past 9 p.m., which is when the bar agreed to shut down the games when they met with CB 6 and the police prior to the court’s opening.

Lin also wrote in the statement that she tried to meet with Massaro regarding their complaints and were unsuccessful in doing so. Massaro recalled talking with Lin saying that she went to the property at around 2 o’clock in the afternoon asking him to stop playing the games because of the disturbance it is causing for the neighborhood. Massaro said that he refused to do that because they were not breaking any laws.

Frank Gulluscio, district manager of CB 6, said that he has met with Massaro before they installed the court and this is the first time he’s heard of any complaints about it disturbing neighbors. He said that he would be more than willing to set up a meeting with everyone involved in order to resolve the issue.

Gulluscio added that by the letter of the law, the bar hasn’t done anything illegal but they will look into the situation.
“If he’s breaking the law, then we’ll make sure that he doesn’t break the law anymore,” he said. “But you’re his neighbor and he’s your neighbor, so there has to be a compromise some place.”

Massaro said that the tournament games are over for the winter and they will start up again in the spring time. He also said that he’s willing to sit down with Lin, CB 6 and the 112 Precinct to discuss the matter.

“I’m in a people business,” he said. “You’re here to satisfy people, not piss them off.”

Richard Mumlith from Karen Kozlowitz’s office said that there is a meeting planned this week with the councilwoman, the police, Massaro and Lin’s group to sit down and figure out a solution to this problem.