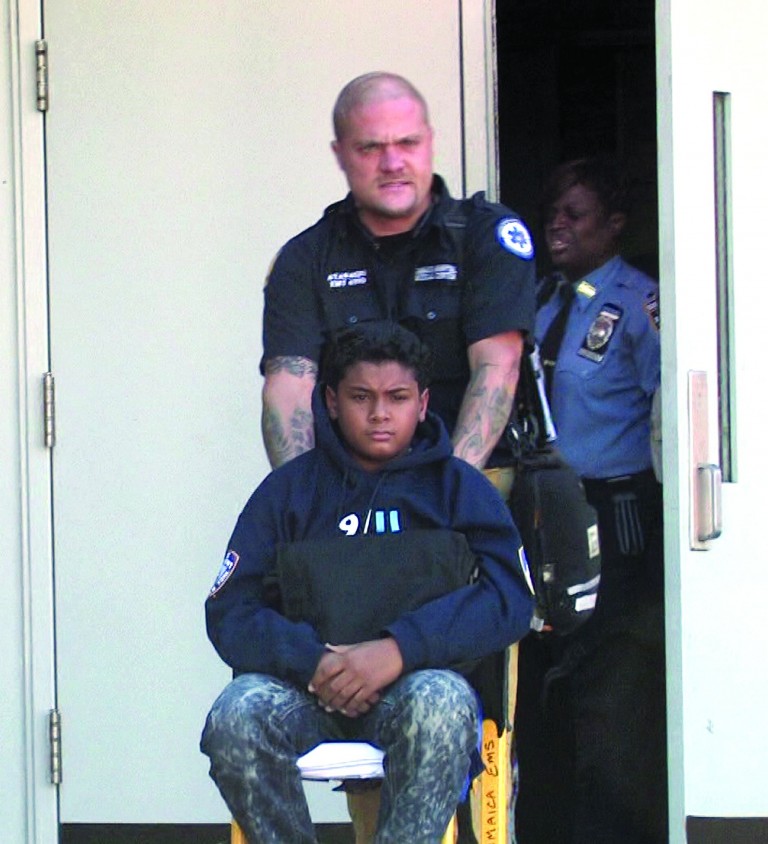 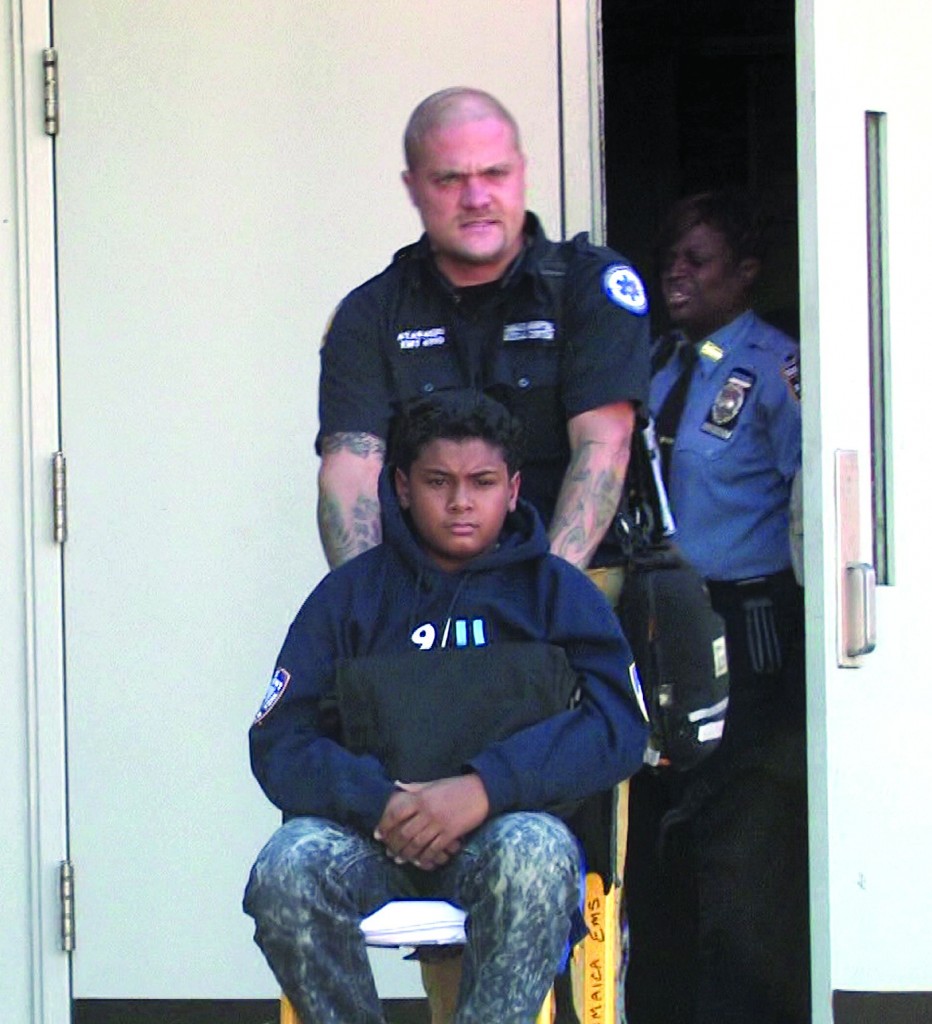 One of 11 students taken to the hospital following a pepper spray discharge by another student at MS 226 on Tuesday afternoon in the school’s cafeteria. The 11-year-old girl in possession of the spray allegedly sprayed it on a dare, however that has not yet been confirmed by police or school safety. Forum Newsgroup photo by Robert Stridiron.

Over 30 kids were injured when a student from Junior High School 226 released pepper spray in the cafeteria, causing several of the kids to be hospitalized.

The incident happened at the South Ozone Park-school on Tuesday morning at around 10:30 a.m.

According to FDNY EMS Deputy Chief Debra Cali, 34 students were hit by the spray and 11 of them were transported to two hospitals, 10 to Elmhurst Hospital and the other to Jamaica Hospital. She also said that the remaining 23 were treated at the school. Most of their injuries were minor, though a couple of the students had eye irritation and one was coughing, Cali said. All of the kids were moved into the school’s auditorium to be treated by medical personnel.
Two sixth-graders, Justin Allen and Joshua Taylor, said they saw a girl use the spray and Allen said that everyone in the cafeteria started coughing when that happened.

Taylor, who took the worst of the spraying between the two boys, said that other students dared the girl to use the spray and that she used it on a table and in a garbage can. He also said that some of the spray got in his food.

“It didn’t feel good, it made my chest tight and I felt like I wanted to faint,” said Taylor, describing the after effects of the spray.

Allen said that the girl’s mother gave her the spray because she walks home from school by herself.

Councilman Ruben Wills (D-Jamaica) stopped at the school after news of the incident broke. He said he wasn’t sure if the child brought the spray to school as a protection tool, but he could see that being the case.

Wills also said that there haven’t been any incidents in that neighborhood that would make a child carry something like pepper spray into a school but there is concern about the Skyway Shelter that’s also located in South Ozone Park. Wills said that there have been reports of men from the shelter being seen from that school all the way to the school right next to the shelter, which is P.S 124.

“If a parent hears that and they’re concerned about it, then their first thing is to protect their children.” Wills said.

Marge Feinberg, a Department of Education spokeswoman, said in an e-mail that all the parents and families affected by the spray were contacted about the incident.