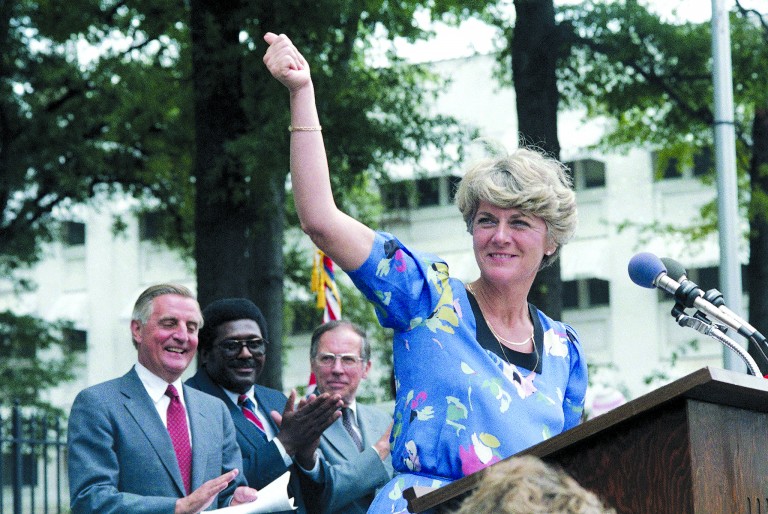 Geraldine Ferraro in 1984 after being asked to accept the Democratic Vice Presidential nomination by Walter Mondale. File photo.

A piece of Austin Street at Ascan Avenue in Forest Hills will be renamed Geraldine Ferraro Way at the end of the month in honor of the late congresswoman. Ferraro was a member of the US House of Representatives and served as congresswoman from 1979-1985. She became part of history in 1984 when she was selected by then presidential candidate Walter Mondale to run as his vice-presidential running mate. It was the first time in the United States that a female candidate appeared on the ballot as the vice-presidential choice by a major political party.

Ferraro was well known to the Forest Hills community, setting up her home in Forest Hills Gardens during her Congressional tenure. She died in March of 2011 from complications associated with blood cancer.

The street renaming was announced by Councilwoman Karen Koslowitz on Monday afternoon. “I am thrilled to announce the co-naming ceremony in honor of Geraldine Ferraro. She was a tireless advocate, dedicated public servant, and a pioneer who broke through gender gaps and energized a generation of women through her historic nomination as Vice President.”

A ceremony to unveil the intersection’s new name will be held on October 28 and will be attended by members of the community, Ferraro’s family and elected officials.