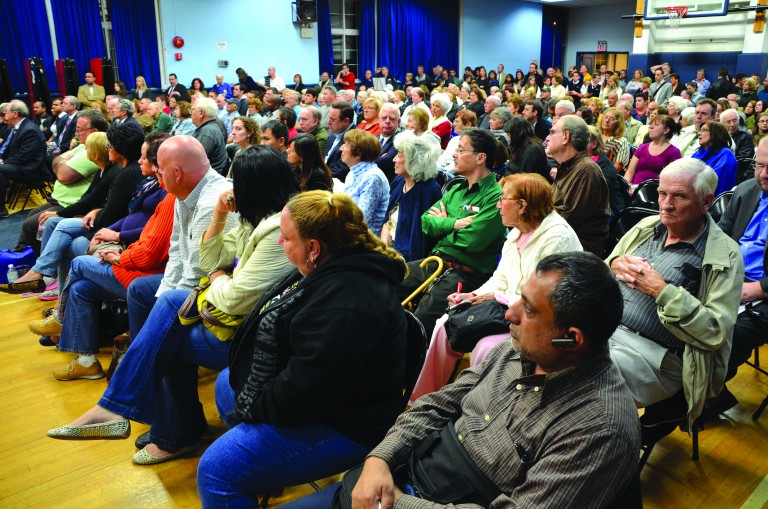 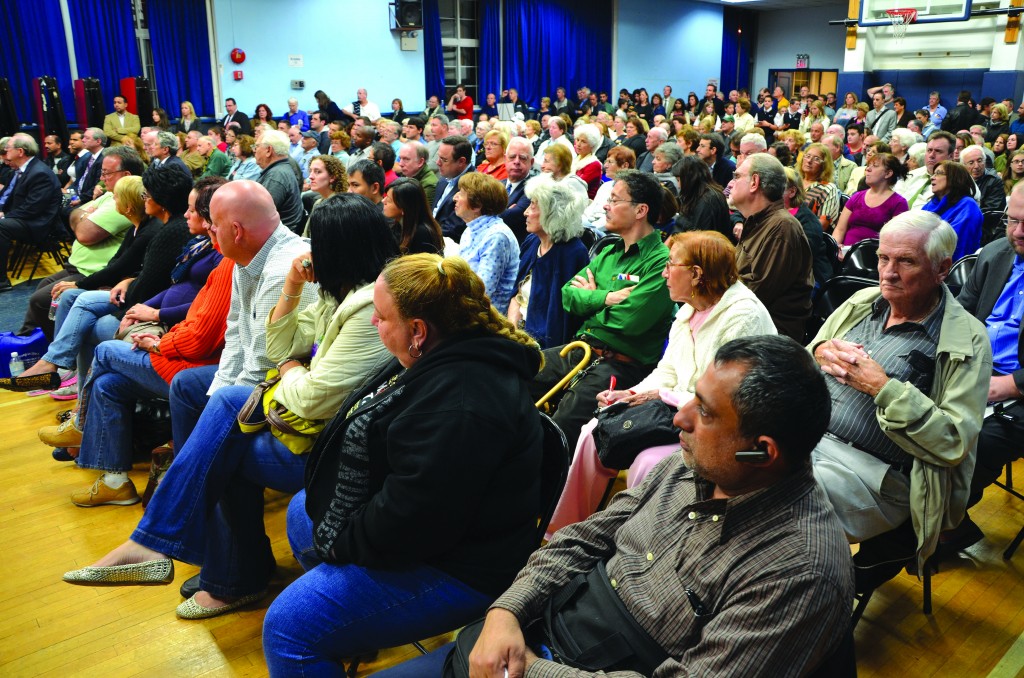 Councilmember Eric Ulrich and State Senator Joseph Addabbo Jr. in Howard Beach, plenty of residents in the audience had their own opinions on how the candidates performed.

Paul Auwarter, Howard Beach, said he enjoyed that Addabbo and Ulrich took the time to address the issues more so than Obama and Romney tend to in their debates. “I understand these guys a little better,” he said. “These guys I understand because they live in the community.”

Auwarter, who described himself as an Independent, said that he felt that the room favored Addabbo a little bit more. But he said he supports Ulrich for the District 15th Senate Seat. He also supports President Obama’s bid for reelection.

Naoise Santangelo, of Hamilton Beach, said the debate helped to clarify the candidate’s positions on certain issues. While she was undecided going into the debate, Santangelo said that she is now leaning toward Addabbo because of his experience in the Senate.

Roger Gendron, President of the Hamilton Beach Civic Association, wouldn’t divulge who he supports, but said that it’s a tough call for many residents in the area.

“We all know both candidates for so many years,” he said, noting that he has known Ulrich since the Councilmember was 12-years-old, and he has known Addabbo since he was elected to office.

Gendron, who works at Resorts World Casino, criticized Ulrich for his position on the Racino. He said that Ulrich was wrong about the figures he recited, which stated that Reorts World missed it’s mark of hiring 70 percent Queens employees.

“They actually did better than they said if you look at the number of jobs instead of the percentage,” he said. “It’s a numbers game. It’s deceiving.”

For Martin Auerbach, Ulrich’s grassroots campaign earned him the support of this Howard Beach resident. As a property owner, he said he wants to see tac increases stopped because he hopes to remain in his town.

Jack Rassbeharry, of Ozone Park, said he is also an Ulrich supporter.

“He delivers, he’s honest and he does what the people need,” he said. He believes that Ulrich won the debate because of the points he made and how well he answered each question.

Lucy Prisco, of Ozone Park, said she thought the debate provided an interesting look at two candidates she didn’t know much about. She decided to attend the debate after receiving a significant amount of negative mailers about each candidate.

“After seeing all those flyers in the mail, I was just really wondering how true all that stuff was,” she said. “They seemed to agree on a lot of the issues.

Her friend, Connie Bratta, said she disagreed with Ulrich over his stance on hydrofracking.

By Ryan Lavis and Luis Gronda