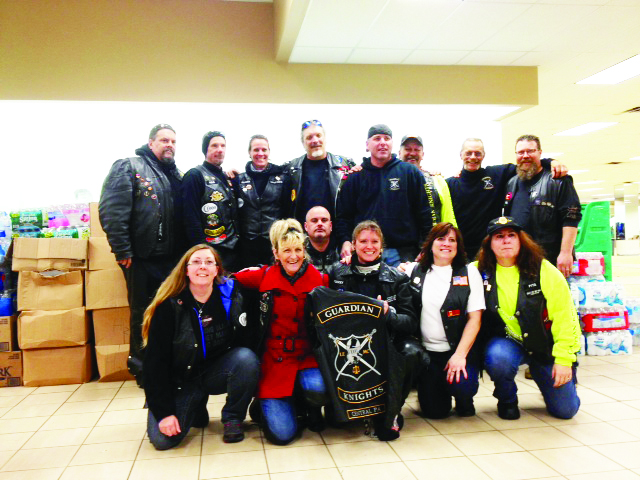 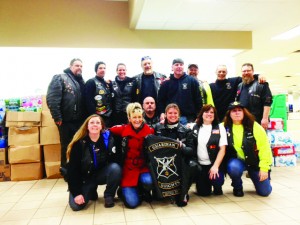 The Guardian Knights Motorcycle Club, based in Central PA, braved heavy fog, rain and sleet in December as they rode out to Queens to deliver goods collected and purchased for Sandy Relief to FOF's distribution center in Glendale. Photo Courtesy of Friends of Firefighters.

But, although the recovery in Queens and across the city is moving forward, Friends of Firefighters (FOF) says that many firefighters and their families, who themselves lost homes and property, are still in need of help.

“Our distribution centers have helped with a variety of items from clothes and toiletries, to food and household items such as cleaning supplies, shovels, wheel barrows, crow bars and much more,” said Meghan Zichelli, operations manager for FOF, based in Red Hook, Brooklyn.

FOF, which provides a variety of health, wellness and counseling services to active duty and retired FDNY and their families, was founded in the aftermath of September 11.

Since Super storm Sandy, which Zichelli said had destroyed the organization’s main office in Red Hook, FOF quickly added disaster relief to its list of services.

To date, the organization, utilizing a staff of about 10 and scores of volunteers, has helped more than 400 firefighters and their families since Sandy hit.

The goods were donated by community members in Central PA and purchased with funds from Operation Give-Back and included generators, tools, cleaning supplies, batteries and much of what was listed on their wish/most needed items list. Photo Courtesy of Friends of Firefighters.

“We’ve also been providing labor crews to help clean and gut homes of affected families,” Zichelli said, adding that firefighters from across the hurricane affected area in NY including the Rockaways, Staten Island and Long Island have reached out to FOF for assistance.

“We’ve also been out in all those areas doing outreach, providing hot food and giving people things they need to get back on their feet” she said.

In addition to the more than 100 firefighters who came from neighboring states offering help, Zichelli credited Council member Elizabeth Crowley and Macerich, the owners of the Shops at Atlas Park, for donating the  Glendale space being used as FOF’s distribution center.

For its part, Macerich has pledged use of the space to FOF for a period of six months to distribute goods and offer counseling and other services. “The only thing FOF will be paying for is electricity,” said Liza Diaz, property manager for the company.

Zichelli recalled that in the immediate aftermath of Sandy, FOF had been operating out of a house which they “quickly outgrew.”

“Friends of Firefighters provide a wealth of services for New York’s Bravest, who risk their lives every day to keep us safe,” said Council Member Crowley, in a press release. “I want to thank Macerich for donating this  pace for Friends of Firefighters, and Nancy Carbone and the organization for helping those in need.”

To pick-up or drop-off donations of food or household supplies to FOF’s Glendale distribution center at the Shops of Atlas Park, call 718-643-0980 or visit friendsoffirefighters.org.