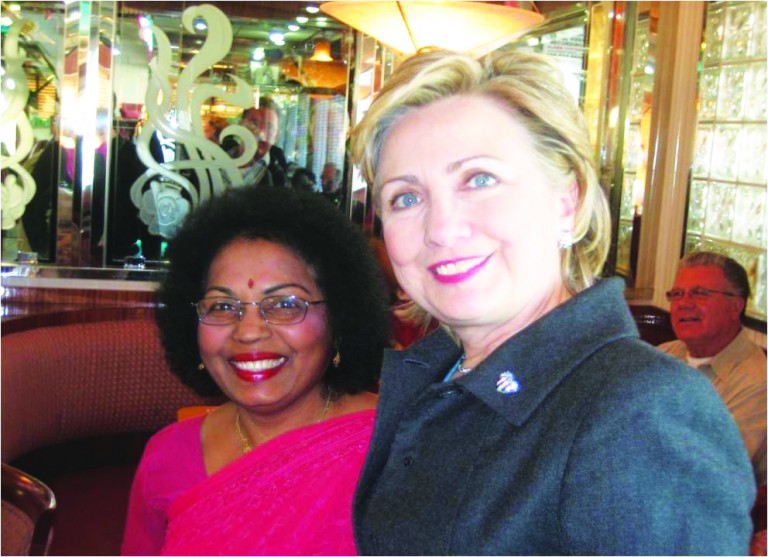 Shock spread throughout the South Ozone Park community this week when Chan Jamoona, founder and former executive director of the United Hindu Cultural Council (UHCC) was arrested and accused of stealing more than $50,000 from a lunch program for senior citizens over a period from 2007 through 2010.

Ironically, the 66-year-old also serves as the treasurer of the 106th Precinct Community Council, but when she entered the precinct on Monday morning it wasn’t to file a financial report—and this time, she was wearing handcuffs.

Jamoona was one of three individuals named in a 14-count felony indictment announced early in the week by Attorney General Eric T. Schneiderman along with Department of Investigation (DOI) Commissioner Rose Gill Hearn.

The indictment accuses Jamoona, and her daughter, Veda Jamoona, both former UHCC executive directors—of perpetrating a long-running scheme in which the senior center operator inflated bills submitted to New York City’s Department for the Aging (DFTA). 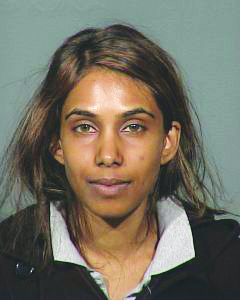 Veda Jamoona was suspended without pay from her position as a staffer for City Comptroller John Liu.

The younger Jamoona, 28-year-old Veda, is a staffer for City Comptroller John Liu and has been suspended without pay.

In addition to the mother-daughter team, Steven Rajkumar, 57, the owner of Sonny’s Roti Shop in Queens, was also arrested for his involvement.  In his capacity as the contracted caterer for the senior center, Rajkumar would receive the payments for inflated services and subsequently turn over a portion of the ill-gotten gains to Chan to satisfy their kickback arrangement. Sources say that the trio was billing for roughly 300 meals while serving only 100.

According to the charges, UHCC workers were directed by the defendants to falsify invoices from the senior center’s caterer and to provide fake signatures on sign-in sheets at the center.

Chan Jamoona started the UHCC Senior Center in 1988 in response to the needs of an aging Asian and Caribbean population in Queens. She is a registered nurse and has supervised nursing programs at Queens Hospital Center, North Bronx Hospital and the Metropolitan Hospital.

According to data from the Health and Hospitals Corporation, in her last position as a nursing supervisor from July of 2009 through June of 2010, Jamoona’s salary was $117,442, which is 135.4% higher than the average for all NY State employees.

Her volunteer positions include being a member of the Executive Board of the Parents Council of the Sophie Davis Medical School at CUNY, President of the Richmond Hill Coalition of Concerned Citizens and Director of UHCCSC Youth summer camps.
Over the years Jamoona has been honored by more than 40 organizations including by Queens Borough President, Helen Marshall, Brooklyn Borough President, Marty Markowitz, City Council Members, the Queens Health Network, the Probini Foundation, the Queens Inter-agency Council, North Central  Bronx Hospital, Brooklyn Chamber of Commerce and many others for her outstanding community service.

She has also been an educator in high schools and holds a Master’s degree in Guidance and Counseling Education from Long Island University.