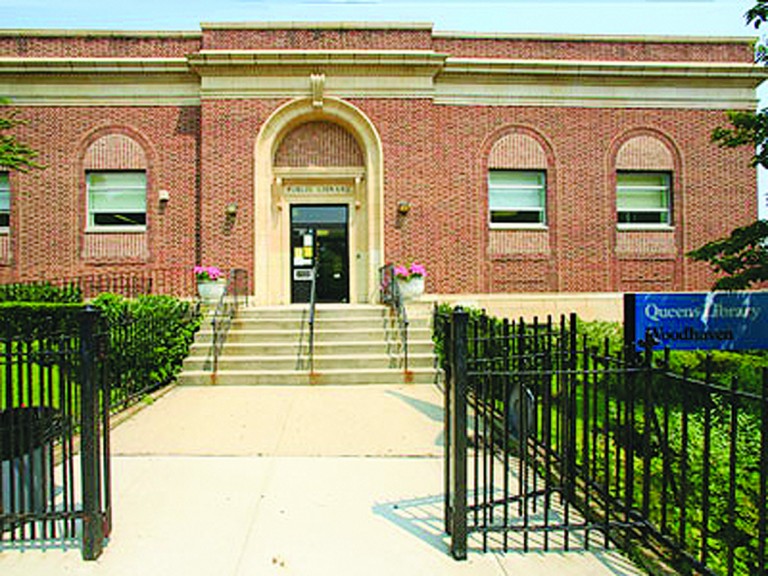 The Woodhaven Library located at 8541 Forest Pkwy will close for rennovations in early March and is expected to re-open with its first phase of construction completed by the summer of 2013.

The long awaited renovation to the Queens Library at Woodhaven will begin shortly after the official closing of the branch at the end of business on Friday, March 8, 2013.

The branch is set to undergo a large renovation that will see many amenities added to the facility. The renovation will reportedly take place in two phases and will bring several new additions including a new checkout system, new shelving and new computer tables.

According to spokesman from the office of Councilwoman Elizabeth Crowley (D-Middle Village), Eric Yun, the councilwoman allocated $713,000 in total for the capital project and the first phase of the overhaul is expected to cost around $674,000. It is not known how much the second phase will cost and the total dollar amount for the entire project.

A temporary library space will open in the lower level of the existing branch in late March. During the closure, library customers are invited to use any of Queens Library’s other locations. The closest are at 78-60 73rd Place in Glendale, 98-27 Metropolitan Avenue in North Forest Park and 118-14 Hillside Avenue in Richmond Hill.

When the main part of the library re-opens in summer 2013, library customers will see a bright new décor, fast RFID-powered self-check out and 24/7 self-check in, a new circulation desk and a handicap accessible restroom.

Queens Library is an independent, not-for-profit corporation and is not affiliated with any other library. Queens Library serves a population of 2.3 million in one of the most ethnically diverse counties in the U.S. and has among the highest circulations of any public library system in the world. For more information about programs, services, locations, events and news, visit the Queens Library web site at www.queenslibrary.org or phone 718-990-0700. Queens Library. Enrich your life®