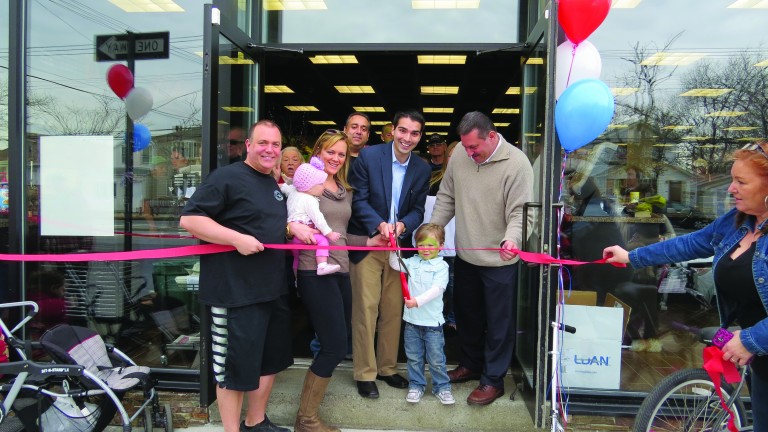 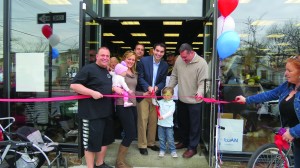 Rob Pisani was pretty sure the future of his deli had been washed away by the storm that had already stolen so much of his life.

The deli he and his brother Alex had built from the ground up, was totally destroyed.

“Every time somebody asked me when we were going to open up again, I could feel the tears coming—I couldn’t stand the disappointment—not theirs and not mine.”

Like virtually every other business in Broad Channel, the All American Deli, a neighborhood favorite, was obliterated by Sandy.

To make matters even worse, it was not the family’s only storm related loss; Rob and wife Jamie lost their restaurant, Bayview, just a few blocks away, and also had extensive damage at Rock’n’Roll Bagel, the store he built a little over a year before, and finally the family home in Howard Beach.

“To lose one thing is horrible enough, but this—we were finished,” said brother Alex, “there was just no way we could ever come back.”

And the brothers agreed the hardest part was having to see people in the community and tell them they would not be coming back after they finished cleaning out. Only the bagel store would be reopened.

Having reconciled themselves to the fact that they would have to deal with their losses, Rob and Alex Pisani continued emptying out the space, preparing to walk away. And then something unexplainable—uncomprehendable if you will happened.

Rob Pisani recounted the day he and brother Alex’s luck made a sharp turn in the other direction. They got a call from a man—(who insisted on anonymity when interviewed for this story)—the man told the brothers to go out and price all the equipment they would need to reopen the deli and then he would see how much less he could get it for. “I laughed and told him, it didn’t matter if he could save me three hundred thousand,” Rob said, “we didn’t have a dime to get new equipment, never mind everything else we needed to open.” But the laughter stopped when the man responded—”You don’t need anything, I’m going to write you a check to cover the cost of you opening the store, just the way you want to,” he explained.” “You can pay the money back when you start to earn it. A little at a time.”

“Yeah right,” was all Rob Pisani could think. But yeah right it was, and as swiftly as the storm had stripped their future away, one man with an incredible offer had restored it way beyond its original form.

The man had heard a story about Rob and Alex— that after another store they had opened on Long Island was forced to close, one of their vendors told him to forget about an $18,000 open balance. But after a month they put together the money and Rob Pisani drove it over to the home of the vendor’s mother and left it with her.

Very simply the man explained, this was the reason he decided the brothers deserved a break.

And so, like the story line of a fairy-tale, the ribbon was cut last week on a bigger, better, more beautiful store, now named The All American Channel Market.

Customers flocked into the pristine store armed with well wishes, hugs, kisses, congratulations, and tears of joy congratulating Rob, Alex and Jamie Pisani. And most importantly with thanks for inspiring the rebuilding of their town.

They marveled at the grocery, meat, produce and catering departments in addition to a 45 seat dining room.

We wonder if the mystery benefactor was in the crowd and if he was able to see first hand the benefit of his gift.