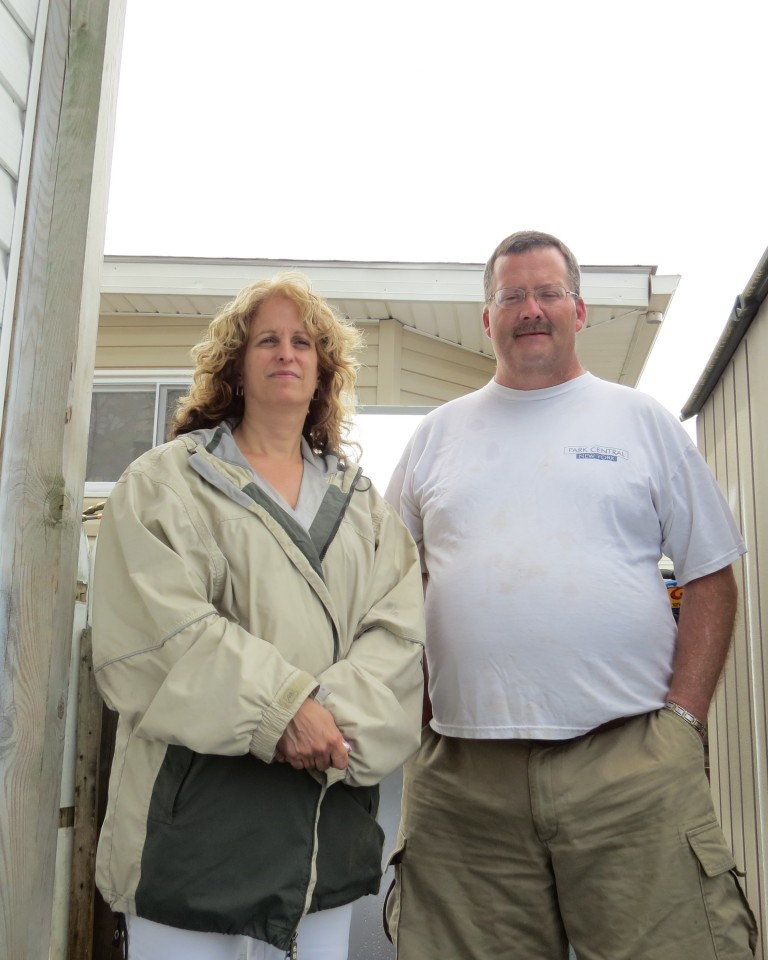 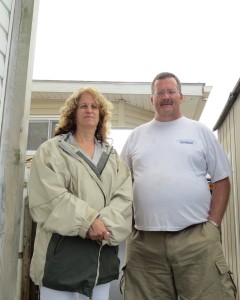 When Mike McLoughlin walked up to his friends’ house on West 12th Road in Broad Channel on June 6, he was doing what he had done every day after Hurricane Sandy – collect the mail for a family that hasn’t yet been able to return to their home because of the costs of renovating the structure devastated in the storm.

But on that Thursday morning, McLoughlin heard something he never had before – a noise coming from the house that Sophia Vailakis-DeVirgilio, her husband and 10-year-old daughter had once called home before the hurricane forced them to seek refuge at a second home in Brooklyn.

As McLoughlin walked towards the noise coming from the back of the house, he found himself face to face with a man exiting the back door with copper pipes that the individual had just swiped.

“He started hitting me, and I got him in a headlock,” said McLoughlin, a building engineer who has been unemployed since Sandy. “I didn’t know he had a partner, who came from behind me and started beating me.”

The two men, who McLoughlin said were also trying to steal a barrel full of wires from the backyard shed, soon took off, but not before they attacked McLoughlin so viciously that his right eye was swollen shut.

“Mike didn’t even think twice before protecting our house,” said Vailakis-DeVirgilio, a computer help-desk analyst at a law firm. “They could have killed him with those copper pipes.

“I’m forever indebted to him,” she continued. “Mike is the kind of people you find out here – people who give you the shirts off their backs.”

Both McLaughlin and Vailakis-DeVirgilio emphasized this instance is no single occurrence – thieves are constantly hitting Broad Channel for copper pipes because so many residents have yet to return to homes they cannot afford to fix.

About half of the houses along West 12th Road remain empty, as do many other homes throughout Broad Channel, and McLoughlin said “stealing is constant” because of it.

“It’s a very big issue because everybody’s pipes are exposed,” he said. “We need somebody, a police presence, coming down the block so somebody knows if they’re coming out of a house with pipes, there could be a cop there.”

Vailakis-DeVirgilio also suggested that police or elected officials look into “some strategically placed cameras” that could help to deter the crimes.

Additionally, in response to concerns raised during the attack against McLoughlin, 100th Police Precinct Community Council President Danny Ruscillo, Jr. invited Broad Channel residents to the group’s next meeting on Wednesday, June 26 at the Knights of Columbus on Beach 90th Street in Rockaway.

While the NYPD could not provide numbers specifically for incidents involving copper pipe theft, burglaries have risen dramatically in the 100th Precinct, according to city statistics. There have been 73 burglaries reported in the precinct, which also covers Rockaway, which is a nearly 70 percent spike over the 43 incidents reported at the same time last year.

Copper thieves have long plagued Hurricane Sandy victims, with constant reports of such incidents coming from places like Staten Island – where residents have been reported to set up homemade booby traps to catch the criminals – and southern New Jersey.

And this is more than just people wanting to make a few bucks off the houses of hurricane victims, Vailakis-DeVirgilio said – such crimes are the result of a confluence of things outside many residents’ control: the hurricane, the limited funds received from FEMA, and the burdensome costs of rebuilding – to name a few.

And while their house is nowhere near ready for the entire family to move back, Vailakis-DeVirgilio said her husband is going to have to soon move back into the top floor of the house, “because we can’t afford to not live here anymore.”

“We’re paying for a second home and storage and doing our clothes at a laundromat,” she said. “And we’re still paying the mortgage on this place. We’re probably paying an extra $1,700 a month because of all of this – $1,800 if you count laundry.”

She and her daughter are likely going to move into a friend’s house down the street from her own home when her husband returns.

Despite all the bad – and there is plenty of it – Broad Channel residents say they have long learned to take care of one another when other organizations fail them – and they said they will continue to do that in the face of what seems like a never-ending barrage of Sandy-related trials.

“The people around here are the salt of the earth,” Vailakis-DeVirgilio said. “Most people believe government and police won’t be of any help, so we reach out to one another.”