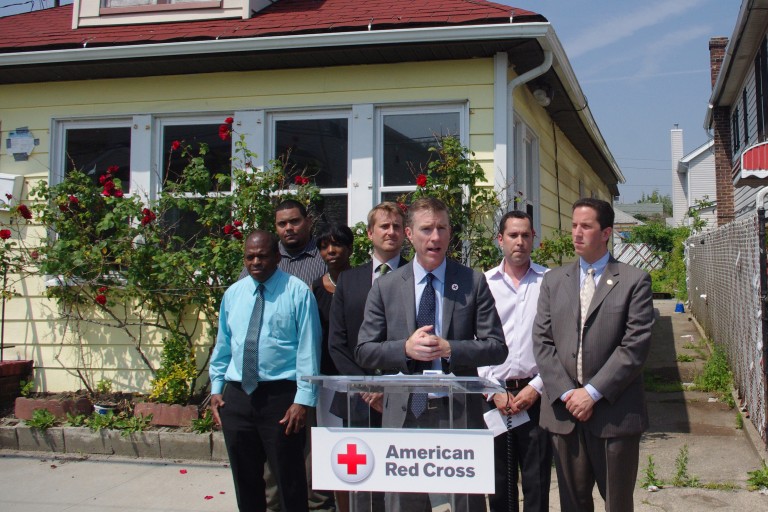 For countless Broad Channel and Rockaway residents, being forced to live in homes that are skeletons of their former selves is yet another nightmare to tack onto an existence that was unthinkable less than a year ago.

With rental assistance money spent and little to no funds to repair houses destroyed by Hurricane Sandy, residents are holing up in homes that are often unsafe and lacking basic amenities – something an area community group is hoping to change with hundreds of thousands of dollars from the American Red Cross. 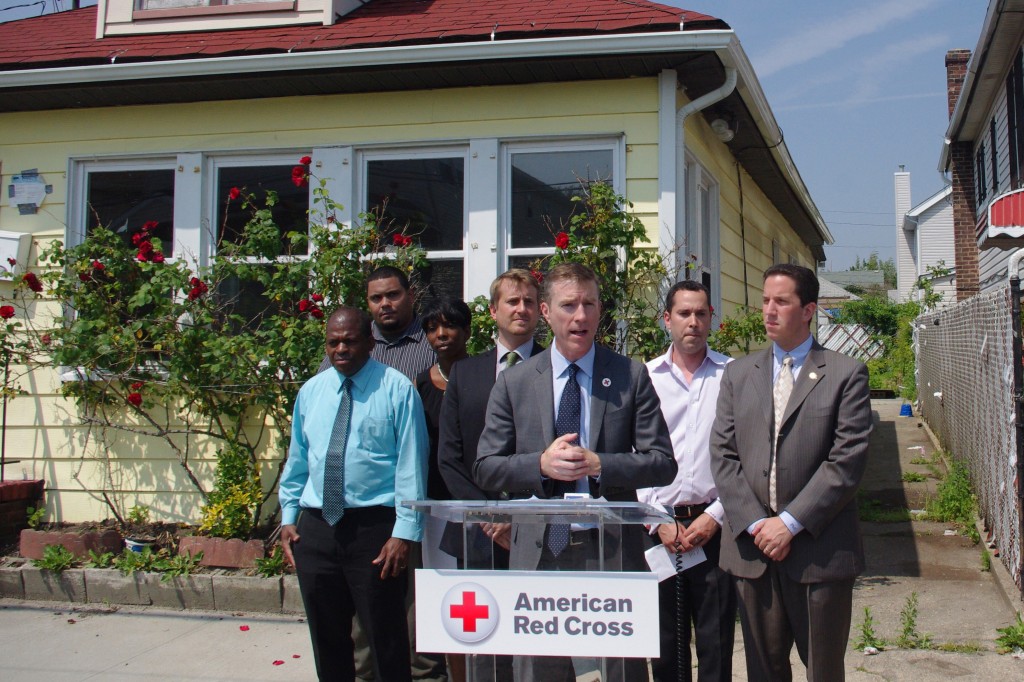 The Red Cross this week announced it awarded a $721,550 grant to Friends of Rockaway, a community group that has worked on doing everything from gutting homes to conducting mold remediation in buildings devastated by the hurricane. The grant money will allow the group to hire skilled labor – plumbers, electricians and carpenters – from the Rockaway area to rebuild at least 90 homes from Broad Channel to spots across the peninsula.

“A lot of people are still in their homes, and it’s not a safe place in any way,” said Todd Miner, director of Friends of Rockaway. “They won’t have stoves, refrigerators, plumbing – but they’re still there because their rental assistance money has run out, for example.”

Miner said his organization, formed by two men who returned to the Rockaways to help their parents rebuild their houses after the hurricane, would be able to work on at least 90 homes – and likely more.

“Superstorm Sandy struck our region with unprecedented levels of damage and community-based organizations such as Friends of Rockaway are vital in helping with on-the-ground recovery helping people recover and rebuild their lives,” said Josh Lockwood, CEO of the Red Cross Greater New York Region.

State Assemblyman Phil Goldfeder (D-Rockaway Park) said the grant money was especially essential because it would help to provide jobs for people on the peninsula, many of whom have battled unemployment in the aftermath of the hurricane.

Because Friends of Rockaway runs predominantly with volunteers – about 50 to 60 people volunteer with the organization daily, Miner stressed that the group is constantly looking for individuals who want to lend a hand.

“This grant is a piece of the puzzle,” Miner said. “Obviously we are still raising funds, but more importantly, people can come learn about Rockaway by volunteering for a day. In addition to the lifeblood for rebuilding out there, that’s how people understand what’s going on here.”

Residents who wish to see if the group could work on their home can call (347) 625-7419 or email info@friendsofrockaway.org.