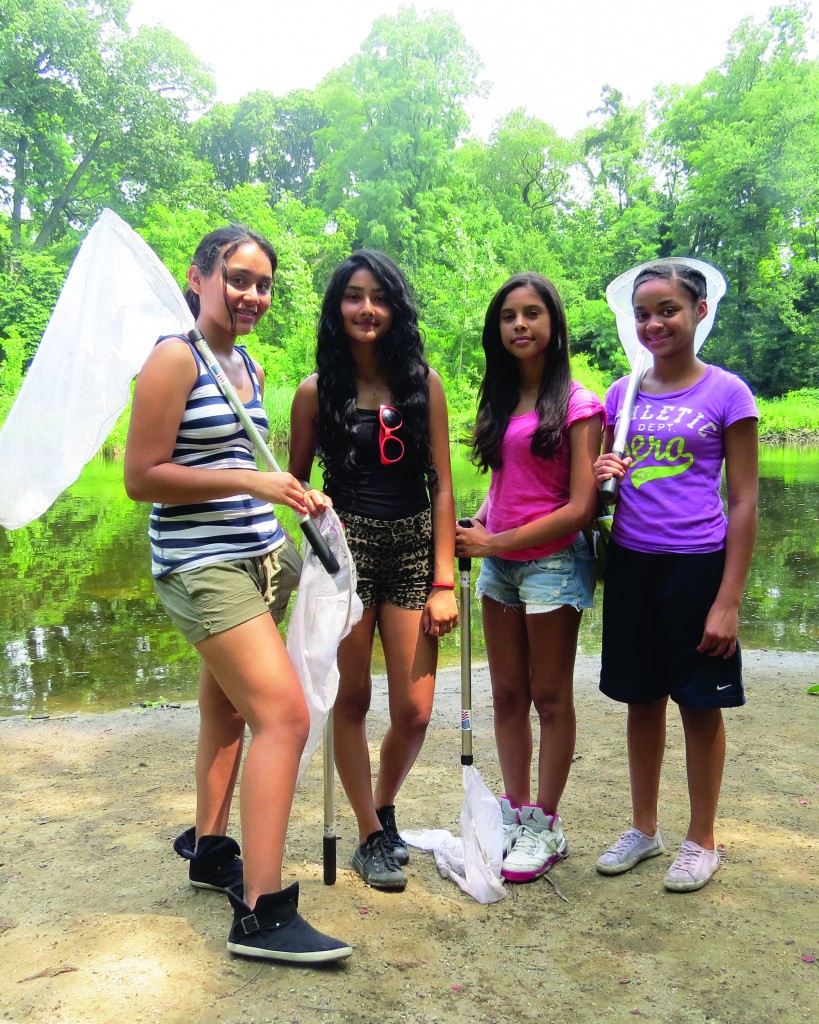 Catching a dragonfly, it turns out, is not as easy as one may think.

“You have to go like this,” said Tiffany Nunez, 11, as she swooped her net and turned it around with a flick of her wrist, laughing as she stood on the banks of Strack Pond in Forest Park. “You’d think it wouldn’t be that hard, but it is pretty tough.”

Nunez was one of 24 middle school girls, most of whom are from Long Island City, to spend hours catching dragonflies and exploring the habitat in Forest Park on Tuesday as part of a four-week program they are in – City Parks Foundation’s Green Girls Summer Institute.

The program – which aims to foster a love of science among girls in middle school – brings the girls to sites across the city, from a wild edibles tour in Central Park to a canoe trip down the Bronx River.

“This is a pivotal age to help girls understand they can identify as scientists and there’s opportunities for them as scientists,” said Debra Sue Lorenzen, the director of education at the City Parks Foundation, a nonprofit that offers parks program throughout the five boroughs.

In addition to the excursions across the city, the girls bury themselves in a curriculum that addresses a variety of science subjects, including ecology, biology, geology, zoology, and botany.

For Nunez, Ashwini Neupane, Azrielle Urena, Trinity Young, and Ankita KC, the program solidifies something they’ve long known – they love science and hope to pursue it in their careers.

“We don’t do these kinds of things on regular school trips. so it’s exciting,” said Nunez, who said she would like to “study bodies after crime scenes” after graduating from college.

The students also said they were thrilled to participate in a program that recognizes the importance of science.

“We’re learning about things and actually getting to see them,” Young said. “When we learn about dragonflies, we actually get to touch them.”