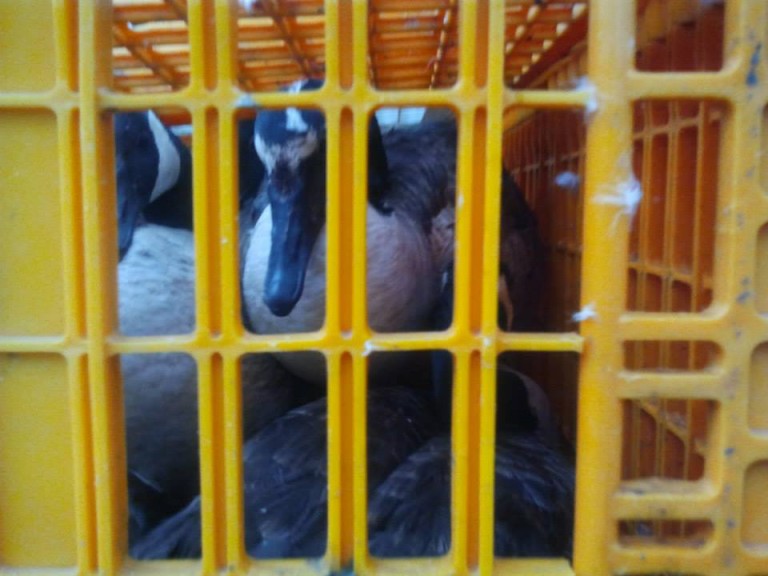 The United States Department of Agriculture rounded up and killed more than 260 geese from the Jamaica Bay Wildlife Refuge last week, which federal officials said was an effort to decrease the number of birds striking planes but which animal-rights advocates said is an unnecessary slaughtering of the geese that tried to take refuge while molting in the national park.

The USDA began removing, and killing, geese in city parks beginning in 2009, after a U.S. Airways jet had to make an emergency landing in the Hudson River when it struck a flock of Canada geese and lost engine power. Last year was the first time the government agency began killing geese from Jamaica Bay, primarily because the National Parks Service had asked the USDA to conduct a supplemental environmental impact statement before it removed birds from the area.

“The reason it’s being done is primarily for the protection of aviation passengers and property due to the risk and hazard of goose strikes at airports there,” said Carol Bannerman, a USDA spokeswoman.

But David Karopkin, the founder and director of GoosewatchNYC – which has documented the removal of hundreds of geese from throughout the city, including the most recent incident at Jamaica Bay – said government officials do not have to kill birds in order to deter bird strikes.

“The culling of the geese is wrong, unethical, and, despite any assurances by officials, it’s cruel and inhumane,” Karopkin said. “We are continuing to uncover the fact that the justifications that are put forth for these killings don’t meet a litmus test of common sense, let alone science.”

Instead of rounding up the geese and killing them, Karopkin said officials should focus their efforts on landscape modification, chasing the birds from the area using dogs, or managing the population with egg oiling.

“Every time they kill a large number of geese, it’s a matter of weeks before it’s repopulated,” Karopkin said. “The geese that were there during the molting period were not there in May… We’ve been patrolling Jamaica Bay for a year, and in May we found barely a couple dozen geese. In June there were a couple hundred because they were there to get through the molting period.”

The molting period is when Canada geese will spend eight to 10 weeks shedding their outer wing feathers and growing new ones, during which time they cannot fly.

Bannerman said “there is potential” for egg oiling in Jamaica Bay, and added that, “in general, wildlife services chases away 90 percent of the Canada geese they encounter” – meaning the birds are not killed but driven from an area with tactics like pyrotechnics and loud sounds.

The spokeswoman also noted the geese population in the city has dropped since it began removing and slaughtering the birds in 2009. She said the USDA killed 290 geese from New York City in 2012 – 285 fewer than in 2011. She also stressed that the number of Canada geese has risen dramatically in recent decades, increasing from about 250,000 in the continental U.S. in 1970 to approximately 3.5 million in 2012 – the result of what she called a “conservation success story.”

“Geese were limited in numbers, and wildlife managers said, ‘We don’t want them to disappear,’ so they’d move them to new areas,” Bannerman said. “Once they moved them, and the geese had a next and the goslings hatched, they became faithful to that area. Especialy in city areas, where there’s no hunting and limited predation, they were able to grow at a rate of about 10 percent a year.” 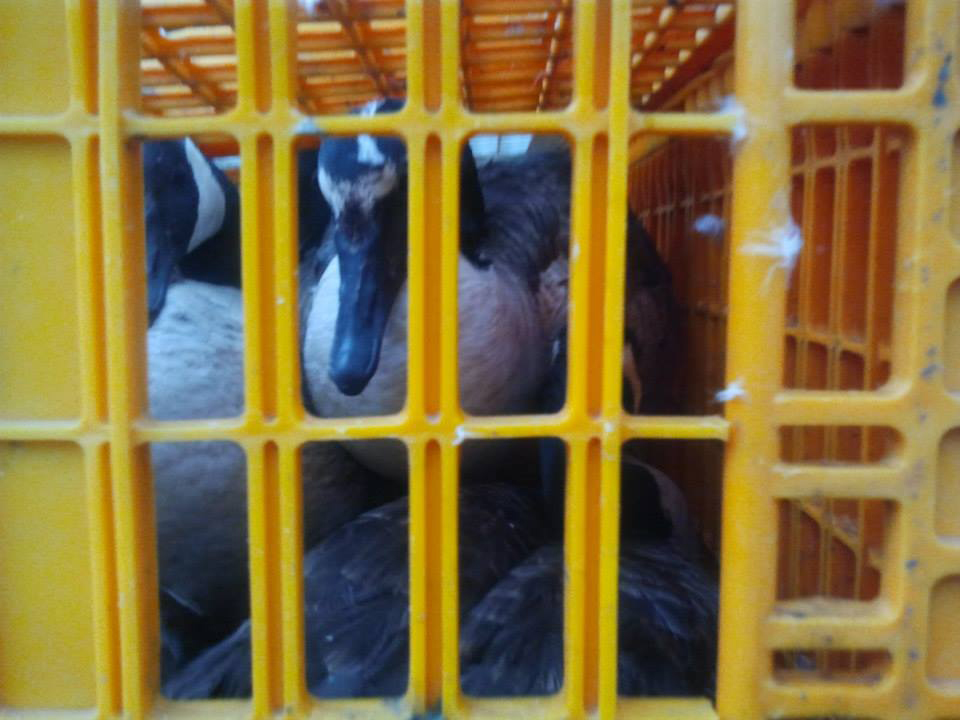 Two of the geese removed by the USDA and transported to their subsequent slaughter. Photo Courtesy of Goosewatch NYC

The Canada geese population in New York has mirrored the national trend, and there are about 250,000 of the birds in the state now. Federal officials argue the birds pose an increasing threat to aircraft, and, according to federal statistics, Canada geese have caused 28 plane strikes between 1990 and 2013.

Ken Paskar, a pilot, former Federal Aviation Administration Safety Team Lead Representative, and president of Friends of LaGuardia Airport, also disagreed with the USDA that killing geese was the best way to reduce the chance of bird strikes.

“The experts and data do not support the killing of Canada geese as a solution to our area bird strike problems,” Paskar said in a prepared statement. “Friends of LaGuardia Airport’s first priority is safety, and we oppose the slaughtering of Canada geese in the name of air safety – because the real threat to air travel does not come from the geese, but from the city of New York.”

Paskar went on to cite the city’s current construction of solid waste transfer transfer stations in College Point and on East 91st Street in Manhattan as two major concerns for air travelers.

“This is a critical and extremely dangerous safety issue,” Paskar said. “The transfer stations are essentially food sources which have the potential to attract thousands of birds within the five-mile area around LaGuardia Airport.”

“One can make the area around airports less attractive to birds using falconry, pyrotechnics and other measures,” he said. “Killing animals when other more effective and humane methods are available is unconscionable.”