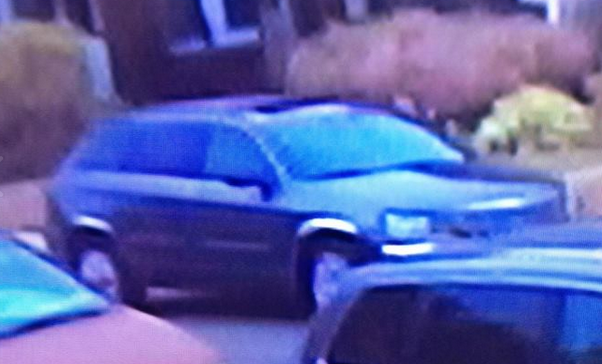 Still images from video surveillance footage show the car and one of the suspects involved in the recent burglary on Manse Street. Police say the suspect can still be identified despite the poor quality of the image.

A robbery originally reported in last week’s Forum appears to have been the just beginning of a rapidly developing robbery pattern according to the 112th precinct commander, Captain Thomas Conforti. In information disseminated directly to the public by the CO and 112th Community Council President Heidi Chain on their Facebook page, the community was alerted to other incidents in the 112 following the robbery on Slocum Court the week before.

On July 2nd there was a robbery at 63rd Avenue and Alderton Street in which two females in a white car robbed a victim by knifepoint. The following day, in the early morning, a third robbery occurred at the intersection of 70th Avenue and Fleet Street. Two males jumped out of a white vehicle and robbed their victim; one suspect used a knife, the other had a gun.

Two days later, police released a sketch of a suspect in the robberies and on Tuesday, the Forum learned that Detectives from Queens Robbery Squad had apprehended two individuals for these crimes. 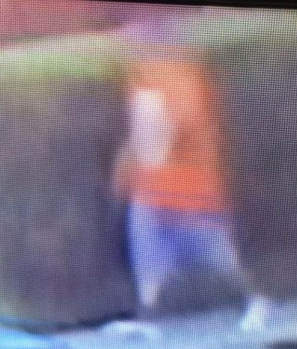 It was not clear if the man in the sketch was one of those arrested but police say there are still other apprehensions to be made and therefore additional details cannot be provided at this time.

And with regard to another burglary pattern in the 112th also reported in last week’s issue, a reward has been offered by police who have released two images taken from video surveillance footage of both a vehicle and a suspect they say are involved in one recent burglary on Manse Street. Anyone who provides information to the location of the vehicle will receive a $1,000 reward.

The photos of a 2004 to 2006 gray Chrysler Pacifica with a sunroof, tinted windows and chrome trim were posted on the Facebook page with a warning to viewers not to approach the vehicle if they see it but to try and get the license plate number and call police. Captain Conforti and his burglary team feel that the vehicle could still be in the area.

Conforti sent a message along with the release of the photo of the suspect pointing out that although the image does not provide a clear picture of his face, the build and clothing of the person are. He made it clear that video images like these, although not perfect, provide police with valuable information such as the exact time the crime was committed. That information in particular, he says, is so much better than having to guess a time frame.

Those wishing to follow more closely are urged to go to the 112th precinct community council on Facebook and check for regular updates. The information is provided as a community service and comes directly from Captain Conforti. “It’s a tremendous resource for the community,” says Chain, who manages the page. “Last week we had over 7,000 hits so we are definitely getting the word out.” And getting the word out is what the premise of the Facebook project is, according to both Chain and the captain. “If we can get the information out there to alert residents of what might be coming,” said Chain, “we can offer them much better protection. We’re very thankful this is working for the community.”