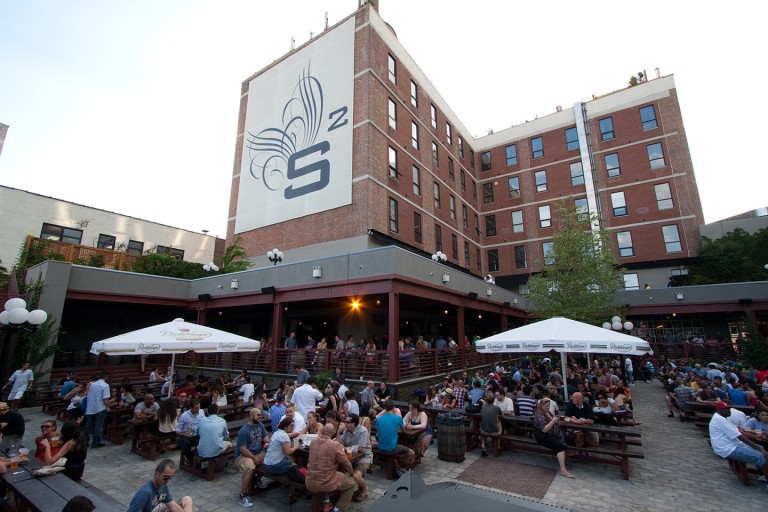 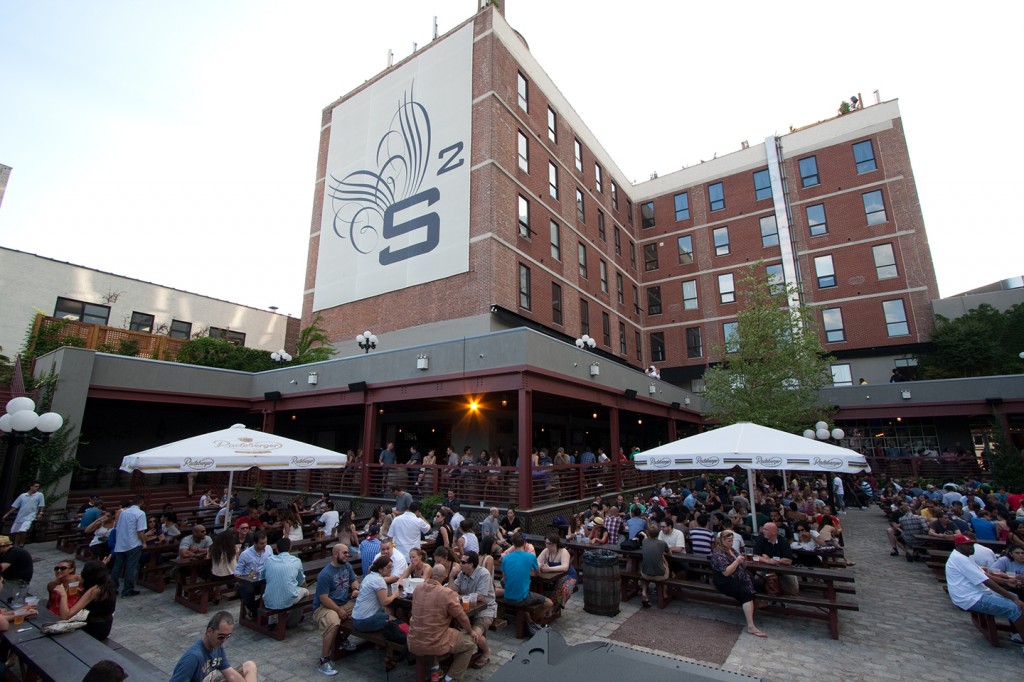 Studio Square is a 30,000-square-foot German beer garden, which includes an expansive courtyard.

The Garden at Studio Square in Astoria was described by Jonathan Wallace, a 27-year-old who lives nearby the establishment, as “the new Yankee Stadium of beer gardens in this city,” after a recent visit.

“There’s an aura to this place that makes it out of the ordinary,” he said.

Wallace offered his opinion in between chugs of a mugful of Blue Moon’s specialty Agave Nectar beer while watching a soccer game on a colossal television screen in Studio Square’s outdoor area.

“It was delicious,” he said of the beer. “It’s similar to Blue Moon but with a sweeter, less orangey kick. The large screen is almost overwhelming, and perhaps even too big, but it doesn’t seem like something to complain about.” 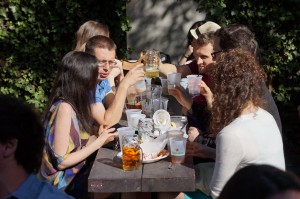 Garden patrons sample some of the site’s 23 beers on tap, as well as food from the grill that serves up fries, wings, salads, nachos, burgers, bratwursts, and kielbasas, among other tasty morsels.

Studio Square is a 30,000-square-foot German beer garden and event space that opened in 2009 at 35-33 36th St. in Astoria. The venue is anchored by an expansive cobblestone courtyard and two covered, open-air indoor areas, and it features seating at handcrafted communal tables, food counters serving typical bar food, and outdoor taps with 23 beer selections. Pitchers of beer are $18, while half-liter glasses are $7. There seems to be an endless amount of rows of tables outside.

The garden’s grill serves such German standards as bratwursts, kielbasas and German pretzels – as well as the more typical American burgers, fries, wings, chicken fingers, beer battered cape cod sandwiches, and salads, Prices vary, from $5 for a small bucket of fries to $8 for two kielbasas and $20 for 18 wings. 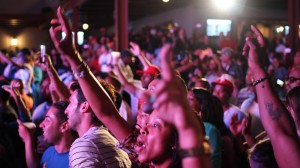 Music lovers have fun at one of the many concerts held at Studio Square.

Its multimedia capabilities include high-speed Internet, HD projectors, and flat-panel display screens. An integrated sound system and wireless microphone setup are available; various indoor-outdoor arrangements can accommodate meetings or events with between 50 and several thousand people. The 10-foot by 16-foot HD/LED video wall is one of the main attractions outside.

Wallace chose Studio Square for his birthday, came with a large group and found it “was the perfect place.” He said he paid $18 for two pitchers of beer during happy hour, and spent most of his time outdoors. He also enjoyed the “two for one” special offered on weeknights.

“We came during the day and they had the soccer game on the big screen which was fun,” he said. 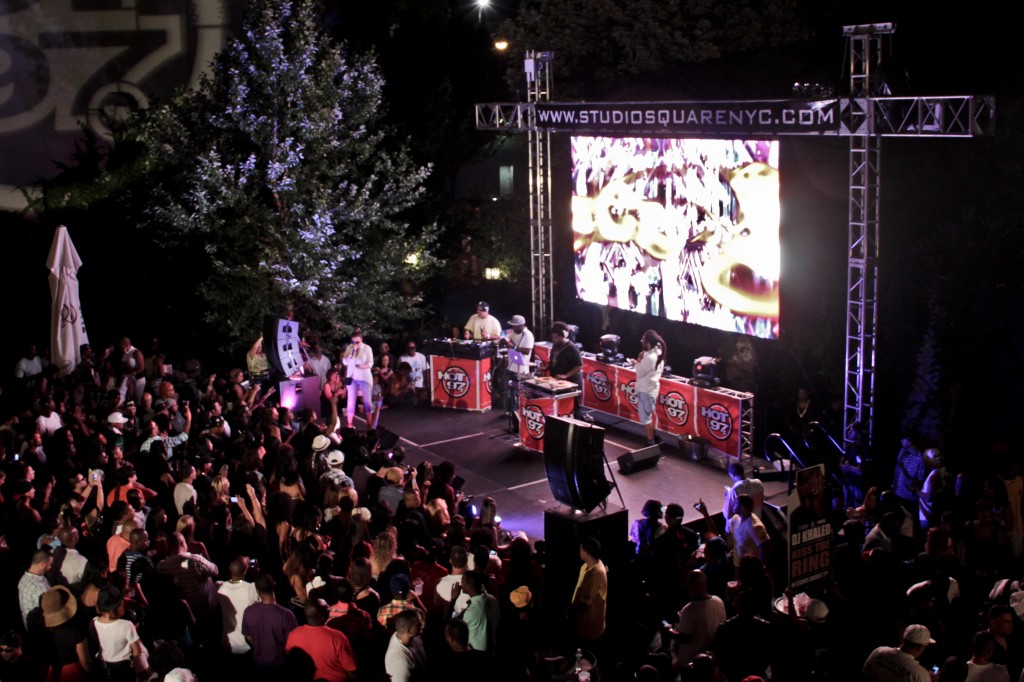 Studio Square has seating for more than 1,200 with a maximum capacity of 2,500. It is open during the summer every day from noon to 4 a.m. Many cite reasonable pricing, a decent-sized crowd on a typical night and its large outdoor space as reasons to the flock to the garden.

“For a beer garden they really should have more beer options, but their happy hour can’t be beat,” said Melissa Cruz, who added that she has worked as a bartender for more than five years at other bars. “It’s such a really great outside space, too. This place is pretty huge and the giant movie screen is not too bad, either.”

The garden hosts a number of special events, including the weekly “girls’ night out” every Wednesday. Each Wednesday, there are a number of $4 drink specials throughout the evening, as well as some $2 specialty cocktails.

Karaoke nights are held each Thursday from 7 p.m. to 10 p.m., and residents are able to perform on stage with a live band. Drink specials are available, and prizes are handed out throughout the night.

For more information about Studio Square, visit www.studiosquarebeergarden.com or call (718) 383-1001.

Story by Will Sammon
Photos Courtesy of Studio Square