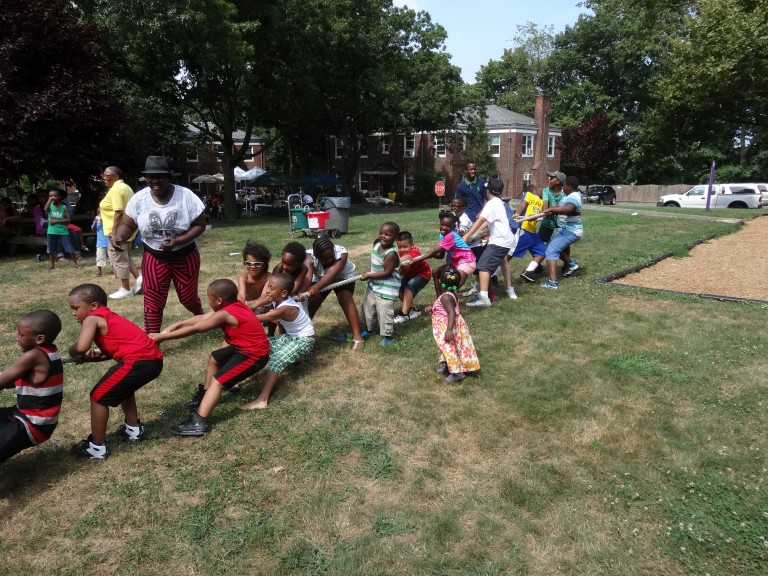 The bouncy house was hopping, the spin art booth was filled with creative endeavors and children, oblivious to the summer heat, were clamoring to get tattoos and balloon animals from patient volunteers. The festival for the Forestdale foster family community was off to a great start last Saturday at the nonprofit’s campus on 112th Street in Forest Hills.

The Rego Park-Forest Hills Lions Club has held the Martha Kaufman festival faithfully for the past 15 years, and the Forestdale community always comes out in full force, filling their courtyard with 200 foster parents, birth parents, volunteers, staff, and children. Cher Sparano, the vice president of the 38-member Lions clubhouse, has been involved with Forestdale festival from the beginning. “Christmas got overloaded with volunteers, so we asked, ‘what happens to these kids the rest of the year?’ and we decided to have this event in the summer,” she said. “The first year was such a success we have been going ever since.”

The festival is only open to families in Forestdale programs, making it different than other events hosted by each organization that are open to the community. The day is paid for by donations, and the Lions Club holds several fundraisers, including a street fair in October, to raise money. 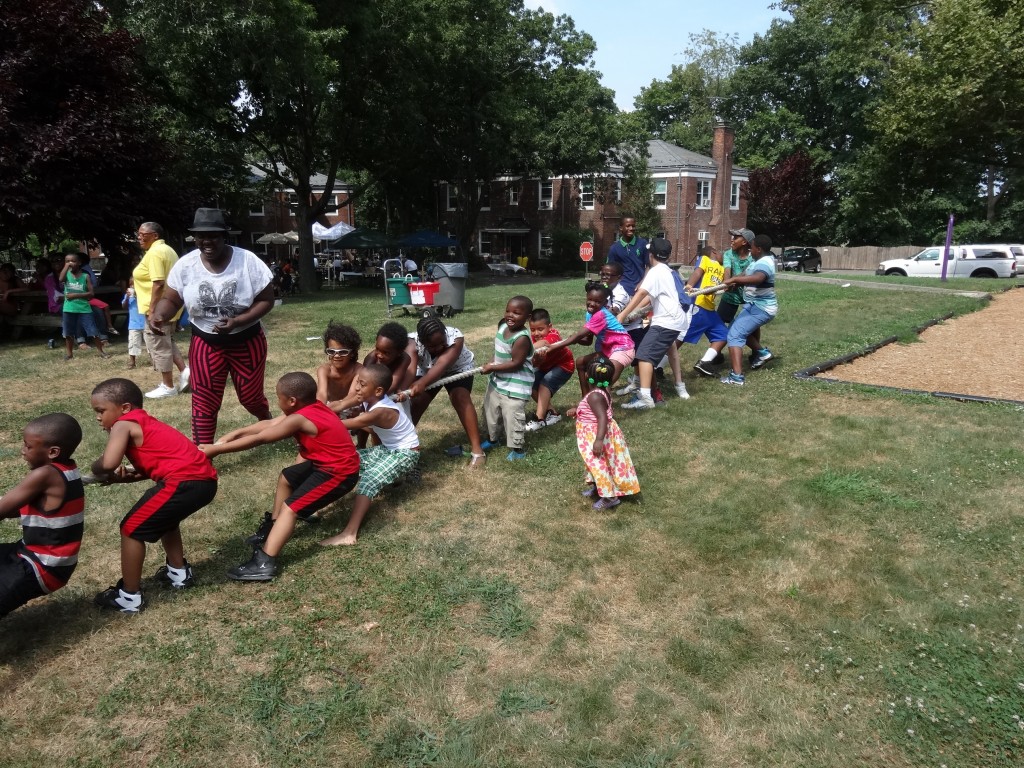 The largest and oldest foster care nonprofit in Queens, Forestdale provides assistance to about 1,000 families in the borough each year. The organization offers a number of services, including its foster care program that aims to reunite families, its Fathering Initiative that includes a 12-week course covering such topics as positive discipline and communication skills, and preventative services that help families address such chronic problems as long-term unemployment and homelessness – which are risk factors for foster care removal.

Eleanor Henry has been coming to the festival for the past five years. This year she attended with the 10-year-old boy that she is caring for as a therapeutic foster parent. “If you have a heart, with good care and help they can turn around and change,” she said. “But you have to be consistent.”

Pat Heaven agreed. The two women met through classes offered by Forestdale that allow them to continue being foster parents. Heaven has been involved with the organization for six years as a pre-adoptive foster parent. “Most of the time you don’t get to pick your family. I’m lucky that I do,” she said of the two little girls who played with their potato salad on the other side of the table under the watchful eyes of Henry and another foster mother.

“I like my agency, I just want to say that on the record” Heaven added. “I can’t speak for everyone, but I’ve made good friendships with the parents and the staff. And, they really have services for everything, right here in Queens.”

Forestdale has been operating since 1854 and is the only child welfare agency headquartered in Queens, according to its website. Rosemarie James, the director for permanency planning, has been at Forestdale for the past 17 years. “Forestdale has always been innovative,” she said of the organization’s varied programs and classes. “The kids can accomplish a lot, they just need a helping hand to show them what’s out there, show them the way.” She is especially proud that 10 to 12 high schoolers graduate every year out of the 15-20 that are eligible. “That’s a good number for us”.

Mukouie Usungu, the quiet but formidable instructor of four of the Forestdale classes manned the drink stand of the festival. “Do you have a can to return?” he sternly asked everyone approaching the coolers, keeping an eye out for repeat offenders who failed to use the recycling bins provided. Usungu has put his past experience as a high school physics teacher to good use teaching classes on Anger Management, Fathering, Co-parenting and Anti-Domestic Violence.

“When I used to teach [in high schools], half the kids who failed, failed because of what was going on in their lives, situations that they could not handle.” He paused and watched the line for hot dogs and burgers and the mothers and fathers who chatted at nearby picnic tables in between wiping faces and admiring new stick-on tattoos. “If I work with parents, fathers, mothers, I can get involved before the kids get to the classroom.”

Xavier is at the festival for the first time with two of his four children. He is a part of the “alumni” group headed by Usungu – fathers who have taken parenting classes at Forestdale but continue to meet for support. “It’s cool,” he said of activities laid out in the hot summer sun. “I’m sure my kids will enjoy the bouncy house, and I like being in the company of Mukouie and the other fathers. It’s a very positive environment.”