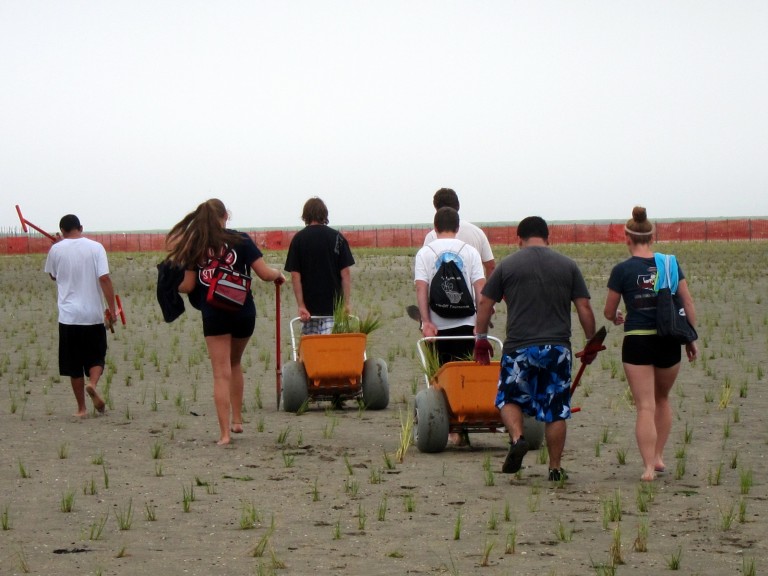 A group of young people from the Broad Channel area finished planting 88,000 individual spartina plugs on a recently restored eight-acre salt marsh known as Rulers Bar Island in Jamaica Bay last week. Don Riepe, Jamaica Bay Guardian and Founder of the Northeast Chapter of the American Littoral Society, says marsh restoration not only helps recover lost habitat for the bay’s many species of marine wildlife while filtering chemicals from the water, but also provides natural barriers that protect residents from dangerous tidal storm surges – such as the ones that occurred during Superstorm Sandy.

“As these grasses die and partially degrade, they build up a peaty base,” said Riepe, who has lived on Jamaica Bay since 1981. “It acts like a big sponge. But that takes a long time.”

The replanting of Rulers Bar began on May 18th with the help of 160 volunteers from local environmental groups, the Church of God, and the Broad Channel community. More volunteers followed over the subsequent two weeks and a limited contingent of paid local workers stayed on to see the project through. The Jamaica Bay Ecowatchers and the American Littoral Society spearheaded the replanting, which is the first community-led effort of its kind to take place in a national park. 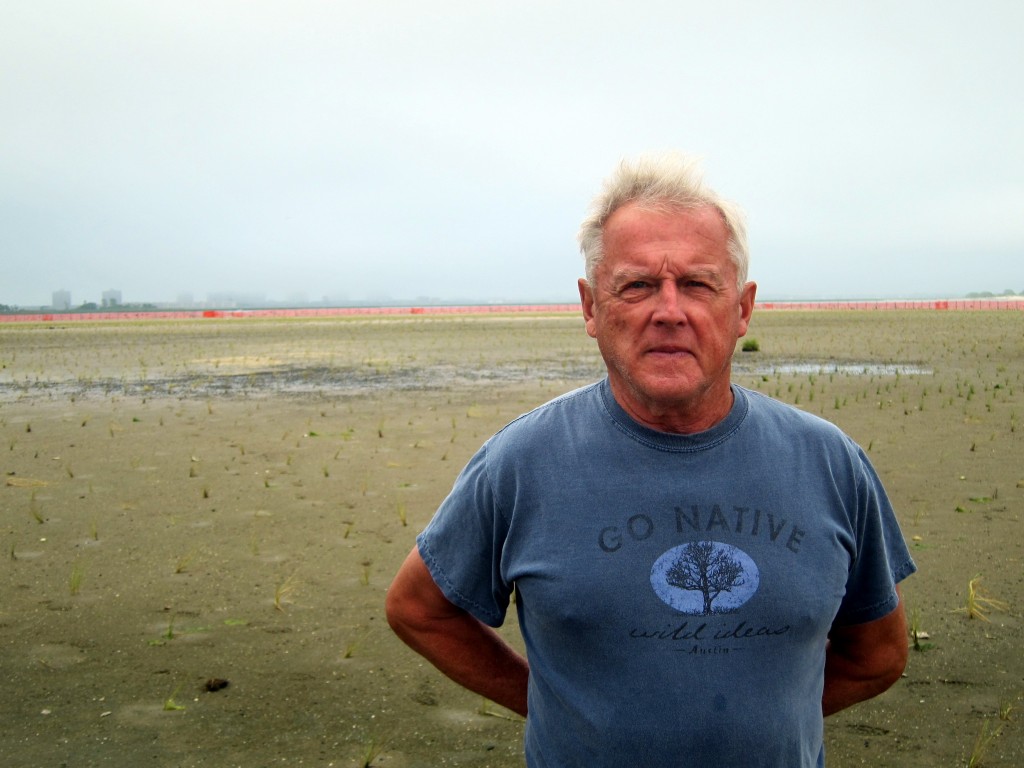 Funding for the Rulers Bar replanting came through the New York State Department of Environmental Conservation, the National Fish and Wildlife Foundation, the New York City Department of Environmental Protection, and a settlement with the Triborough Bridge and Tunnel Authority to mitigate the environmental impact of work on the Marine Parkway Bridge. Riepe said area conservation groups were able to reduce the cost by relying heavily on volunteer labor, hiring paid workers directly, and harvesting seed from last year’s spartina crop for use in this summer’s planting projects. Pinelands Nursery in New Jersey used the seed to grow plugs especially for the Rulers Bar site.

Conservation groups estimate that Jamaica Bay has lost over 85 percent of its wetlands to date. Its lush, green rondures of salt marsh tussocks continue to disappear at the rate of 40 to 50 acres per year. Native cordgrasses, like the spartina planted on Rulers Bar, are a crucial component of the eroding and fragmenting salt marshes’ fragile ecosystems. The grasses first began dying off when nitrogen pumped into the bay by nearby sewage treatment plants reached a critical level.

Riepe is proud of the progress made at Rulers Bar, but he acknowledges the challenges faced by area environmental groups on the long road ahead.

“It’s going to be difficult to save this whole bay over the next 100 years given the fact that sea level rise may accelerate,” he said. “And that’ll be a problem for not only Jamaica Bay, but New York City,” he said.

Story and Photos by Hannah Sheehan