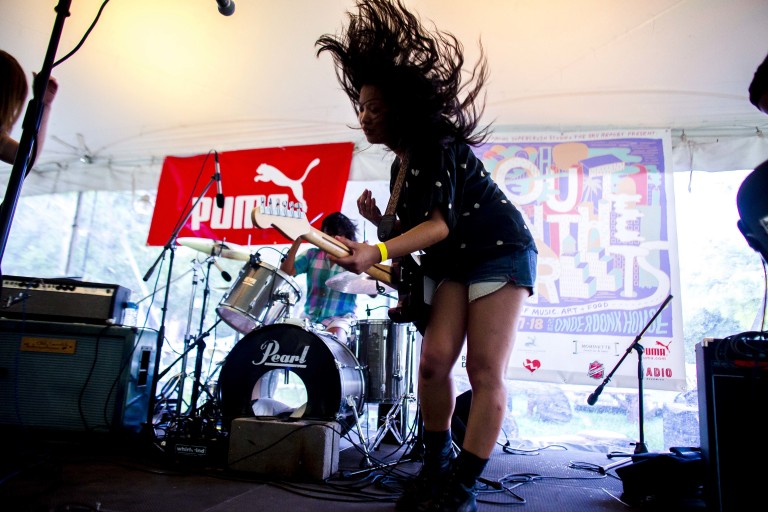 The divisions between boroughs in New York City are more profoundly mental than physical: Manhattan bleeds in the Bronx, Queens runs into Brooklyn, which clings to Manhattan and Staten Island with the long iron fingers of bridges. The connections do not lessen the borough pride that residents have, as fierce as any athletic rivalry. So it was surprising to find so many residents of Brooklyn in Queens on a warm Saturday afternoon, preparing for a music festival in Ridgewood that was advertised in Free Williamsburg – a blog about music, art and food in the neighborhood that has become synonymous with hipster culture. 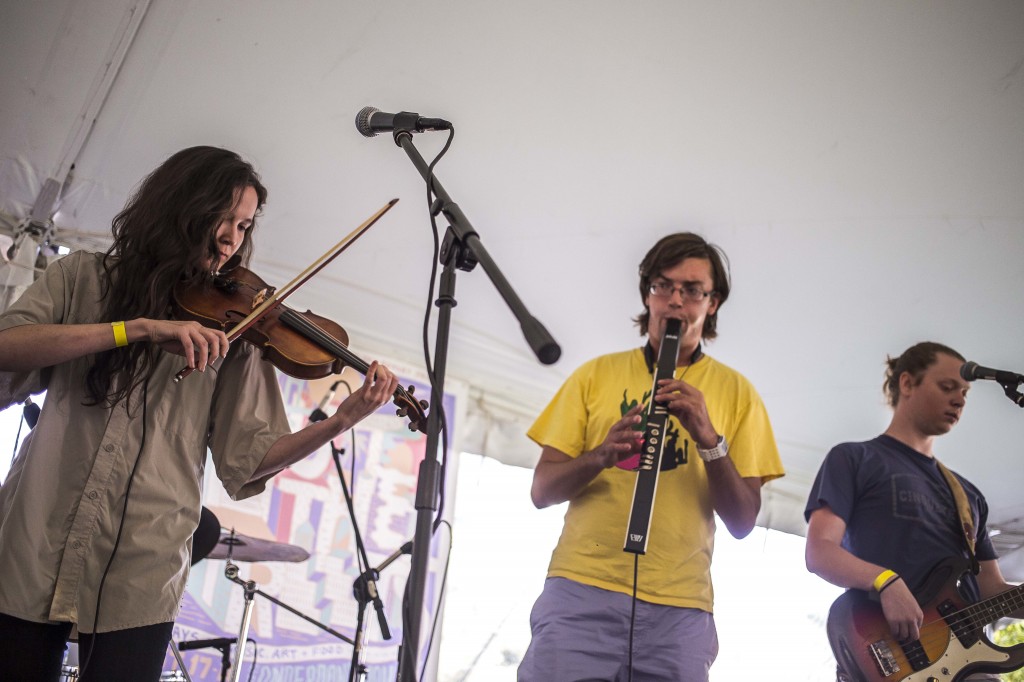 The Out in the Streets festival is a two day indie rock festival, featuring 16 bands including The Heliotropes, Rush Midnight, Turnip King, Doldrums and Ava Luna. The event also boasts food trucks and art installations, not to mention a bar well-stocked with beer and liquor.

The Vander-Ende Onderdonk House was the apropos venue for the festival, even though the event was decidedly contained within their walled garden. The house was built in 1709, and is the home of Arbitration Rock, the official division between Queens and Brooklyn. This was part of the appeal, according to Gabo Rodriguez of SuperCrush Studio, one of the three producers involved in planning the festival. 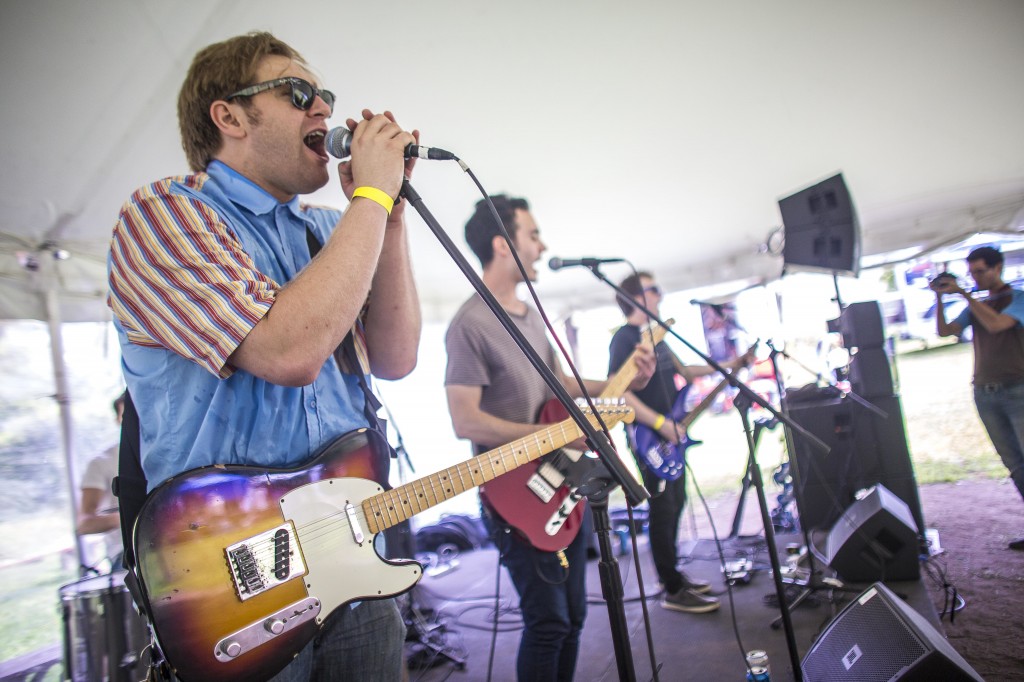 “We picked this house because of its historic roots as the breaking point between Queens and Brooklyn,” Rodriguez said. “It’s got the space, and it’s got the history.”

This is the fourth festival hosted by David Baker of BirdDog Productions, one of the major partners in the festival.

“I try to find any unconventional space to throw parties,” he said. “This is the first time with food trucks, vendors and artists. We usually just get a sound system and some bands in an alley or on a rooftop, and sell some beer. This is the biggest event so far.” 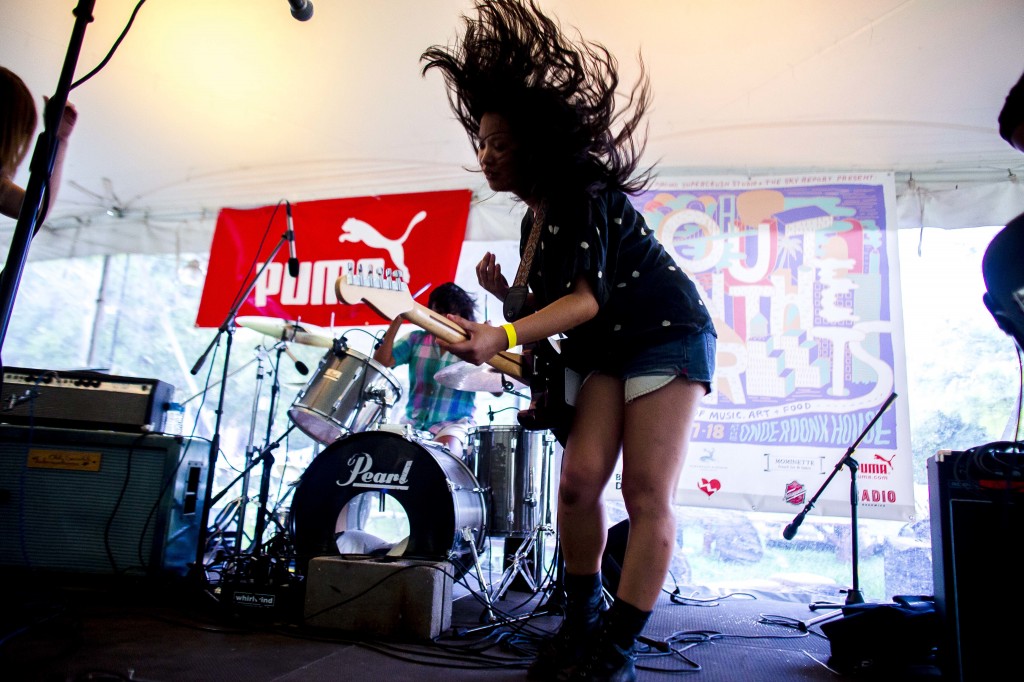 The organizers expected more than 500 people to show up over the course of the two days. On Saturday afternoon, it was a slow start with partygoers trickling in, either friends of the bands or attracted by the promise of free beer before 3 p.m.

The atmosphere was laid-back hipster chic, with everyone in sunglasses and lounging on the grass or at the picnic tables. The bar is ready for an onslaught; Gordy the bartender is guarding a mountain of Narragansett beer cases prepared to slake the thirst of the masses and is accompanied by a slouched-over artist manning a coffee bar to fuel the party into the wee hours (or help with any lingering hangovers). At 2p.m., the Kimchi Taco truck pulls up, and at 2:05, the lead singer of The Teen Age shows up for his 2 p.m. set. 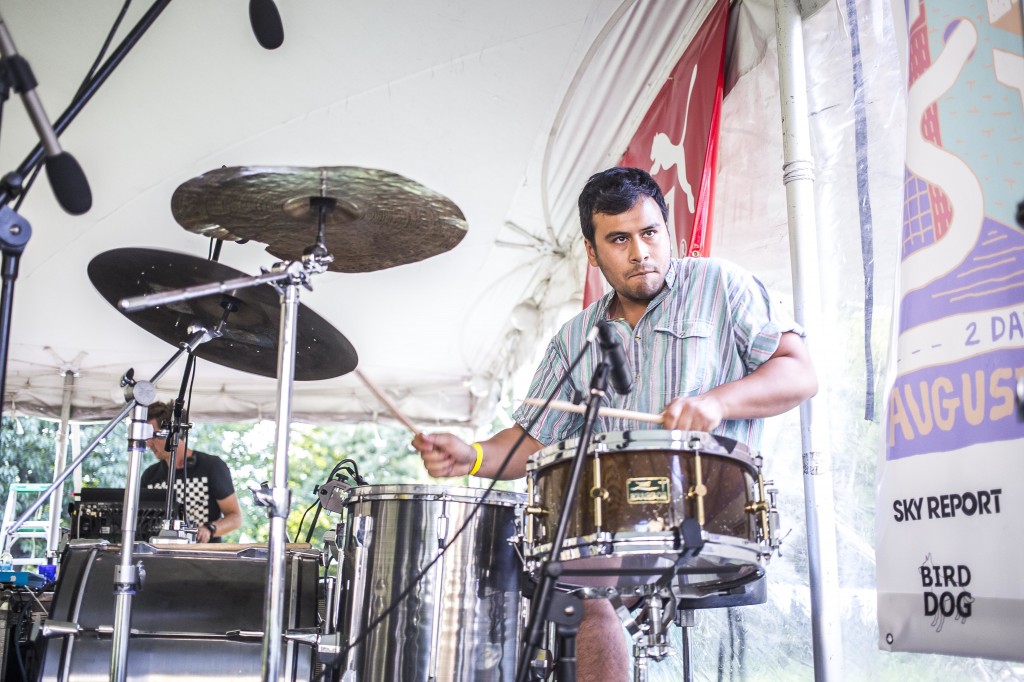 “Right on time,” he jokes to the small crowd, half of which is documenting the bands every move on a wide variety of cameras.

Brett, one of the attendees, heard about the festival in Free Williamsburg.

“I know The Heliotropes, but I guess I am five hours early for them,” he joked. “The free beer is great though.” Brett’s friends, all from Brooklyn, nod in agreement.

“We’re trying to get more the community involved,” Baker explained. “Most people here are from Bushwick, but we want to get more of Ridgewood involved next time.”

“There’s so much going on in Brooklyn, its nice to spread it out,” Gabo Rodriguez added.