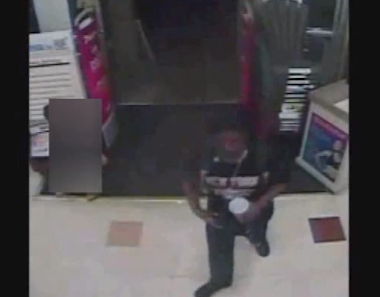 This man allegedly harassed, raped and robbed a 52-year-old woman in Rego Park, according to police. NYPD

A 52-year-old woman was violently attacked in Rego Park last Friday, and police are hunting down the man who allegedly harassed the female before throwing her down the stairs and raping the woman he followed from the R-train stop at 63rd Drive, the NYPD said.

The suspect, who goes by Junior and whose picture cops said was caught on security camera footage, allegedly began making sexual advances on the woman after she exited the R-train station near Queens Boulevard at around 10 p.m. Friday, police said. The woman rebuffed his come-ons, and she tried to escape him by entering a Rite Aid, according to the cops. The man followed her into the store and then left, police said. However, once she exited the store, the alleged rapist was waiting for her and attacked her around 63-45 Saunders St. According to police, he grabbed the woman, pushed her down a flight of stairs and then raped her.

The suspect then allegedly took off with her cell phone and purse, the NYPD said.

The victim told ABC News that the man told her, “‘I’d like to see you. There’s a connection between us. You seem special.’

“‘Are you a model? You look like a model,’” the victim said her attacker told her.

The NYPD described the suspect as a 5-foot-7 black man in his 20s. Police also said he has a mustache.

Anyone with information may call the NYPD’s Crime Stoppers Hotline at (800) 577-TIPS, provide information by visiting www.crimestoppers.com or text tips to 274637 (CRIMES) and then enter TIP577.