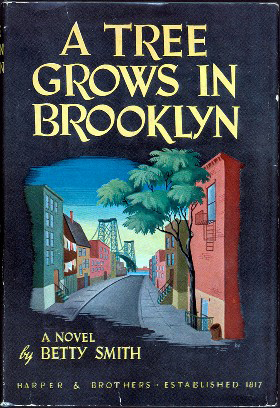 Reading aloud to your child goes a long way, both for their academics and your own relationship, and, when polled, teachers and librarians across the country list “A Tree Grows in Brooklyn,” which the author Betty Smith wrote in Woodhaven, as one of the top books for children, teens, and, yes, even adults.

While September’s grind may already have you heaving kids from school to soccer practice, it is important to carve out some time to relax this autumn – and there is no better way to do that than with a book or, if you must, an e-reader.

For the moms and dads out there, psychologists note that taking just 20 minutes before bed to flip a few pages can do wonders for your mental health – and researchers emphasize how crucial it is to delve into the imaginary worlds of literature with your child.

For adults, Queens Library has compiled a helpful list of suggestions that can be found at queenslibrary.org. A couple from that list include:

“The Obituary Writer” by Ann Hood details the life of a woman who searches for her missing lover at the turn of the 20th century, and links her story to a woman considering leaving a loveless marriage in 1963.

“Out of Order” by Sandra Day O’Connor is a collection of stories about the history of the Supreme Court – for which O’Connor was the first female justice. O’Connor covers everything from how the court has changed since its inception to the roles of various U.S. presidents, including Franklin Delano Roosevelt and Harry S. Truman, in the formation of the courts.

“Murder Below Montparnasse” by Cara Black is the 13th installment of the beloved author’s series about Parisian private investigator Aimee Leduc. In this book, fans will encounter a beleaguered private eye who receives a phone call from a Russian man who wants her to track down a lost painting and claims to have known the main character’s mother who vanished long ago.

As for those of you who will be reading to children, there are a number of books that librarians recommend, from new favorites to old classics.

Queens Library staff suggest “I’m Telling You, Dex, Kindergarten Rocks” by Katie Davis, for the little ones who are embarking on a new, and sometimes scary, chapter of their lives.

As for the older children, the American Library Association says you can never go wrong with such books as: “A Tree Grows in Brooklyn,” (and, literary perk: Fans can go see the Woodhaven house where Betty Smith wrote the much-acclaimed novel), “To Kill a Mockingbird” by Harper Lee, “The Birchbark House,” which is the first young adult piece by National Book Award-winning author Louise Erdrich, and “The All-of-a-Kind Family” series by Sydney Taylor.