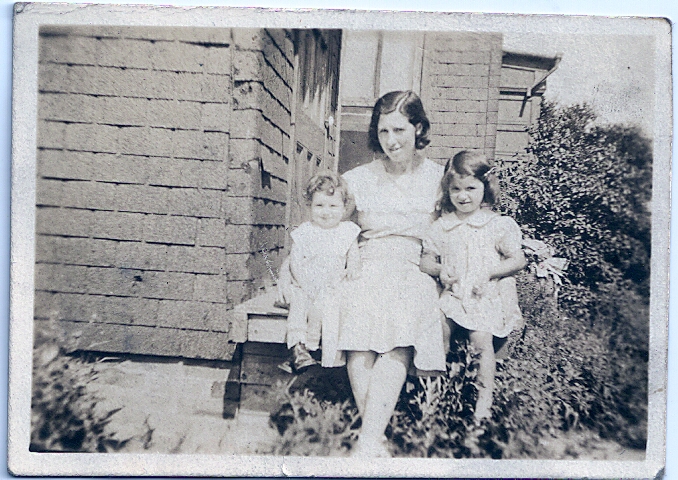 Robert McNally, left, his mother Hazel, and his sister Judy, sit in front of their house situated on the grounds of the Fresh Pond Crematory in the 1930s. Photos Courtesy Robert McNally 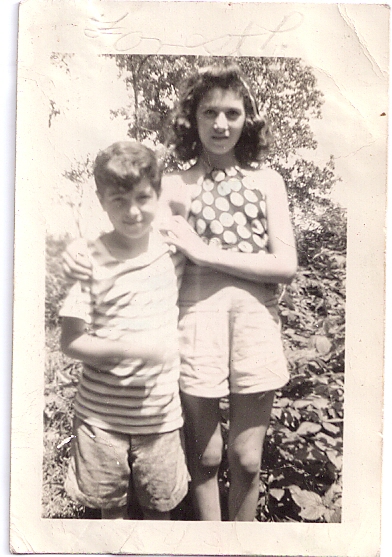 Robert McNally and his sister, Judy, in Forest Park in 1941.

Growing up in the shadow of a Middle Village spot that cremated Yankee star Lou Gehrig and Bruno Hauptman, the man found guilty for kidnapping the Lindbergh baby, Robert McNally experienced the devastating lows of the Great Depression – which forced his family to move from Connecticut to Queens in search of work and which regularly brought gypsies, hobos and beggars to the shack where he lived with his father, mother and older sister.

And it was there, in Queens – specifically in a Ridgewood apartment building he moved to after living next to the Fresh Pond Crematory – that McNally, 80, witnessed federal agents drag a Nazi spy out of the building, never to be heard from again.

His was a childhood marked by tumultuous, world-changing events – and one that McNally spent years processing. For decades, he worked on memoirs – and the days and nights spent furiously scribbling paid off. Last year, McNally, who now lives in Floral Park with his wife, published the first of three books about his life, and the author will speak about “I Had Jelly On My Nose And A Hole In My Breeches” at the Ridgewood Library on Monday, Sept. 9 at 6 p.m. The library is located at 20-12 Madison Street. 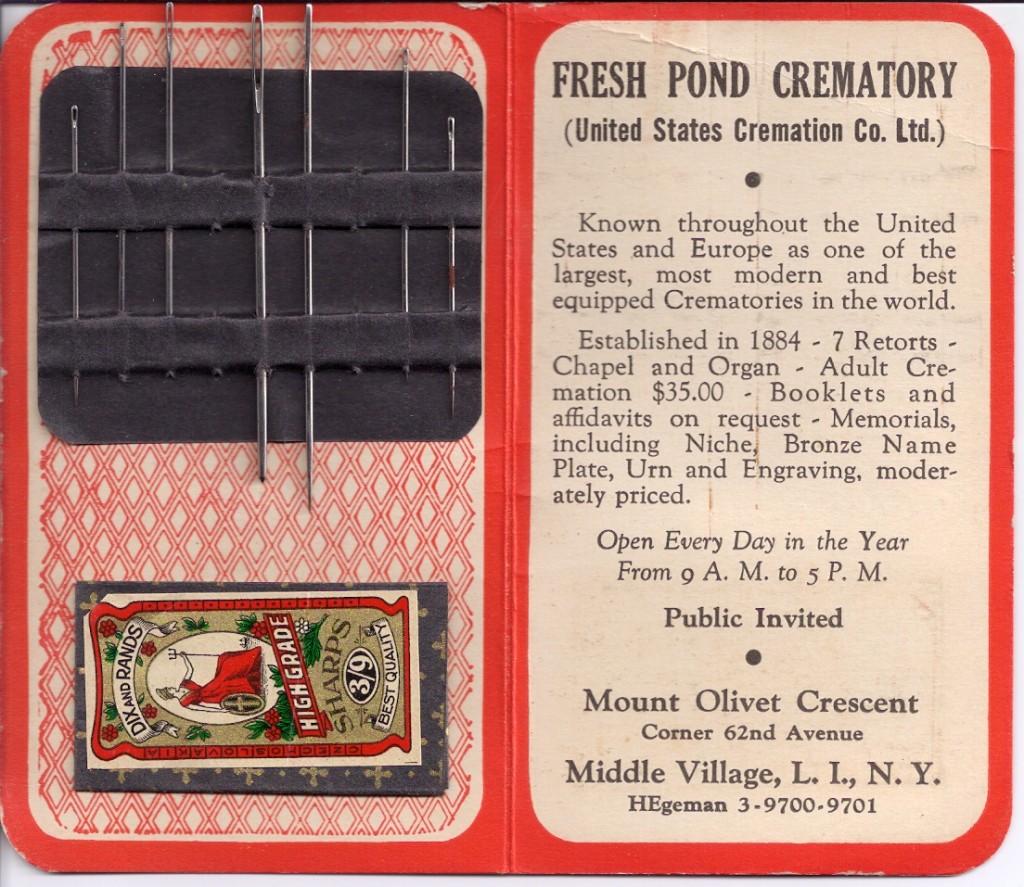 Promotional material for Fresh Pond Crematory, for which Robert McNally’s great-aunt was president.

“I want people to get enjoyment from this – it’s a book we can all relate to because we’ve all shared growing up and the stories that come with that,” McNally said of the memoir that covers the time period from about 1935 through the end of World War II in 1945. “I’ve heard people say it makes them recall things in their life that they’ve forgotten all about.”

Born in Bridgeport, Conn. in 1932, McNally’s family was forced to seek greener financial pastures during the Great Depression – a time that, at its worst, left one-quarter of the country’s potential workers unemployed – and moved to Middle Village, where his father labored at the crematory for which his great-aunt was the president.

“We lived on this house on the property of the crematory, and it was kind of an exciting life, in a way, for a little child,” McNally said of his parents and sister, who was a year and nine months older than him. “There was all this crematory business going on, and across the street I’d hear gunshots and bugles for funerals… I would see people come by – gypsies, beggars and hobos. I had a playmate, Rosemary, who lived on Eliot Avenue, but otherwise those – the gypsies, beggars and hobos – were really the only people we’d see.”

Robert McNally’s father, Robert, and his brother, Ed, stand at the top of Crematory Hill.

By 1936, McNally and his family moved away from the crematory to Maspeth and then to Metropolitan Avenue, not far from St. John’s Cemetery in Middle Village. During part of World War II, the family lived in Ridgewood.

“In Ridgewood there were a lot of spies, and one spy lived in my building,” he said. “He would go up on the roof with a short wave radio. One night, the FBI came to our door and knocked on it. They asked, ‘Where does O’Brien live?’ My mother told them upstairs, and they dragged him, punching him, to him out. We heard they shot him the next morning.”

Beginning writing his memoirs at the age of 34, McNally penned his stories on 1,004 loose-leaf pages of paper. Ten years ago, he said he “really finished,” but spent the following decade revising the work that he broke up into three books – two of which have not yet been published.

“My two children, when they were small, would see me writing and say, ‘Tell us a story dad, tell us a story,’” he said. “I love it – I love telling people stories.”