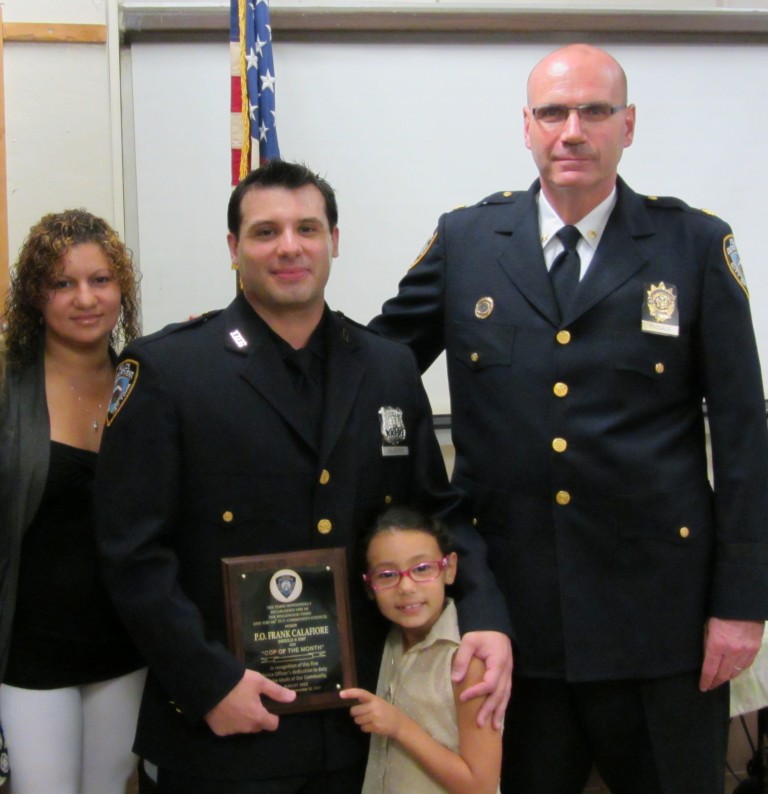 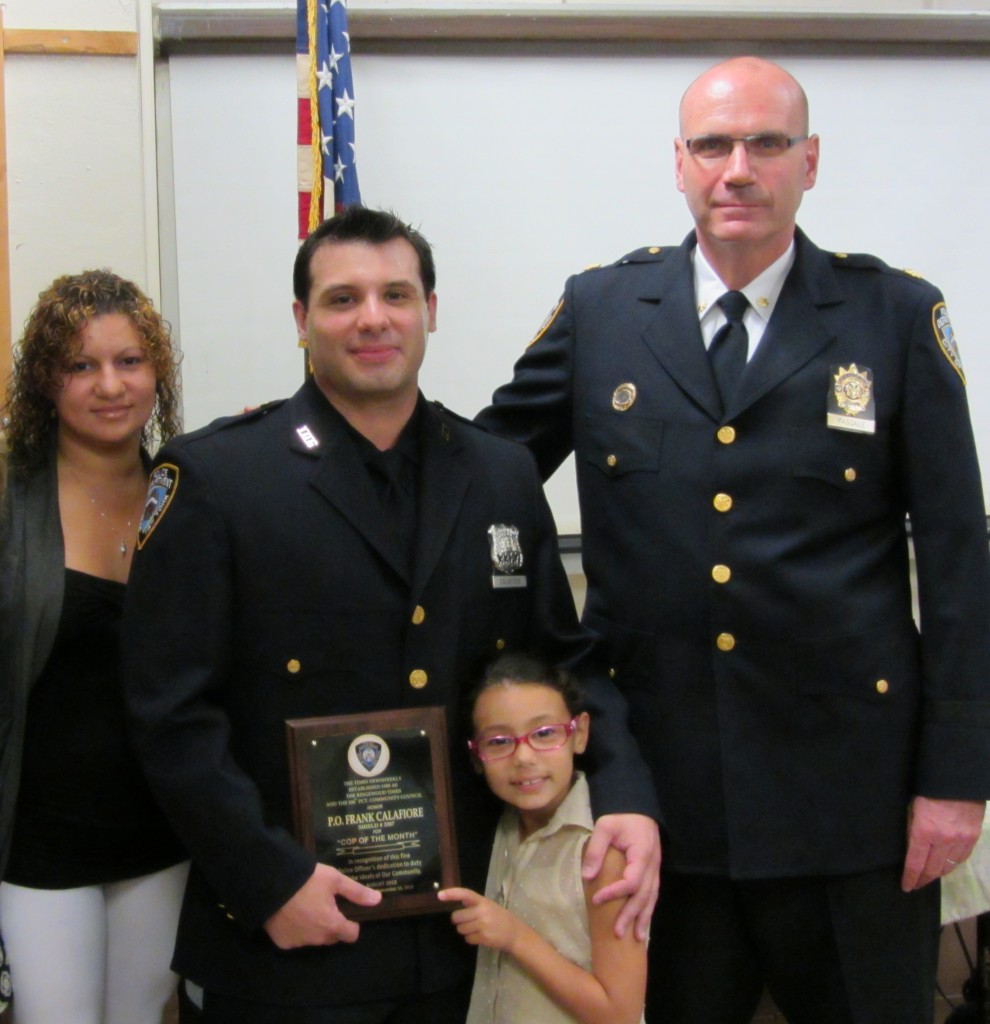 Officer Frank Calafiore was presented with a plaque naming him as Cop of the Month at the 106th Precinct for July/August last Wednesday evening.

Calafiore was cited for his actions in the apprehension of an attempted rape suspect in Richmond Hill. Police say a woman who was standing on a corner of Van Wyck and Linden Boulevard  around 11:30 at night was approached by the male  suspect who made comments to her suggesting that any woman out alone at the time of night was “looking for something”.

The man grabbed the woman, tearing away at her clothes and tried to sexually assault her. She managed to get away and instead of calling 911, she went directly to the 106th Precinct. As she was explaining her story at the desk, Officer Calafiore overheard her and quickly asked her when the incident had taken place. Upon realizing it had just occurred, Calafiore and the precinct Special Operations Lt. Frank Dipreta put the victim in an unmarked car with them and went back to the scene. As they were approaching, officer Calafiore saw a man matching the description the victim had given them and upon her confirmation that it was the man who attacked her, Officer Calafiore sprung into action and arrested the suspect for attempted rape.