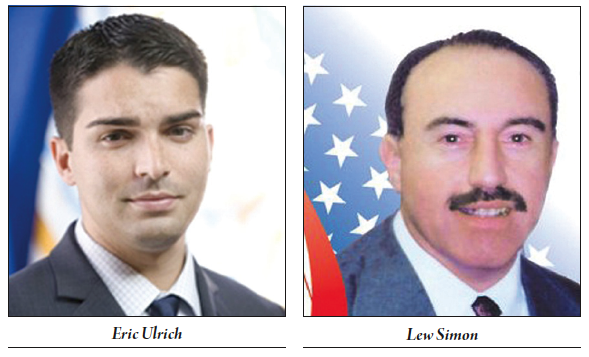 Councilman Eric Ulrich (R-Ozone Park) welcomed results from a poll released this week that shows the legislator leading his challenger, Lew Simon, by 28 points, but the Democratic candidate dismissed the report’s findings as unreliable.

Conducted by Prime New York, a company that has given out detailed voter information to campaigns for more than two and a half decades, the poll reported that Ulrich has a 63 percent approval rating and a 28-point lead over Simon in the race for City Council District 32, which covers Howard Beach, Lindenwood, Ozone Park, South Ozone Park, South Richmond Hill, Woodhaven, Belle Harbor, Breezy Point, Broad Channel, Hamilton Beach, Neponsit, Rockaway Beach, and Rockaway Park.

“I am very encouraged by the results of the poll but am not taking anything for granted,” Ulrich, an Ozone Park native, said in a prepared statement. “The only poll that really matters is the one on Election Day. For the past four years, I have been a tireless advocate for my constituents, and I am pleased the poll reflects that. My campaign will continue to focus on the issues that are important to the people I represent, and I will run for reelection on my record of accomplishments in the City Council.”

Simon, a Democratic district leader from the Rockaways, panned the poll, saying he is, “not going to talk about…probably edited polls published by my opponent, because voters don’t care and we all know that the only poll that matters is on Election Day.

“Ask me instead about my plan to rebuild neighborhoods hit hard by Hurricane Sandy, expand public transit, give our communities safer streets, and make schools better across Southwest Queens,” Simon continued to say in an emailed statement.

According to the Prime New York poll, 59 percent of respondents said Ulrich “deserves to get re-elected,” while 27.3 percent said someone new should be given a chance.

When asked what the most important issue is facing all of New York City, 37.5 percent answered with “jobs/economy,” 16 percent said fighting crime, 15.3 percent said Hurricane Sandy Recovery, and 13 percent answered improving education. Others cited such categories as cutting property taxes and expanding healthcare.

The Prime New York poll reported that 39.8 percent of the participants said they would vote for de Blasio, while 39.3 percent said they would cast their ballots for Lhota. Other polls have shown de Blasio to have a far greater lead, with a recent New York Times/Siena College poll reporting that de Blasio led Lhota by 68 to 19 percent.

According to the poll, 44 percent said the city is moving in the wrong direction, while 39 percent said it was headed the right way.

Of the poll’s participants, 39 percents said they found state Assemblyman Phil Goldfeder (D-Rockaway) favorable, 10 percent reported unfavorable, and 51 percent said they did not know or refused to say.