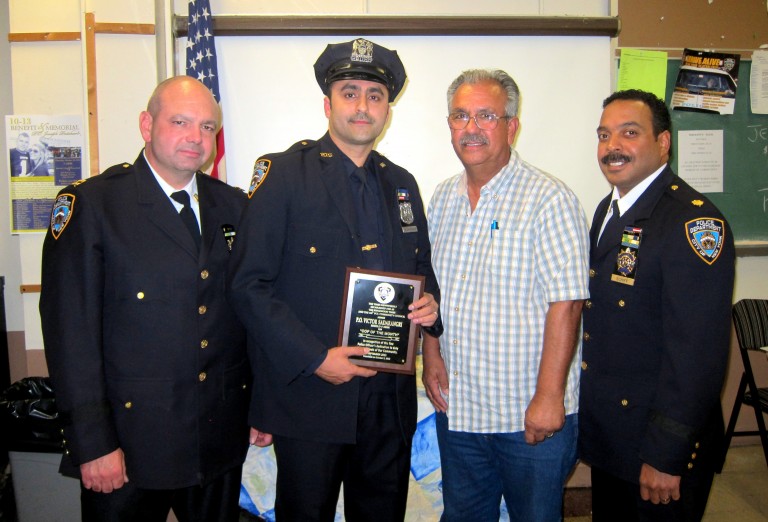 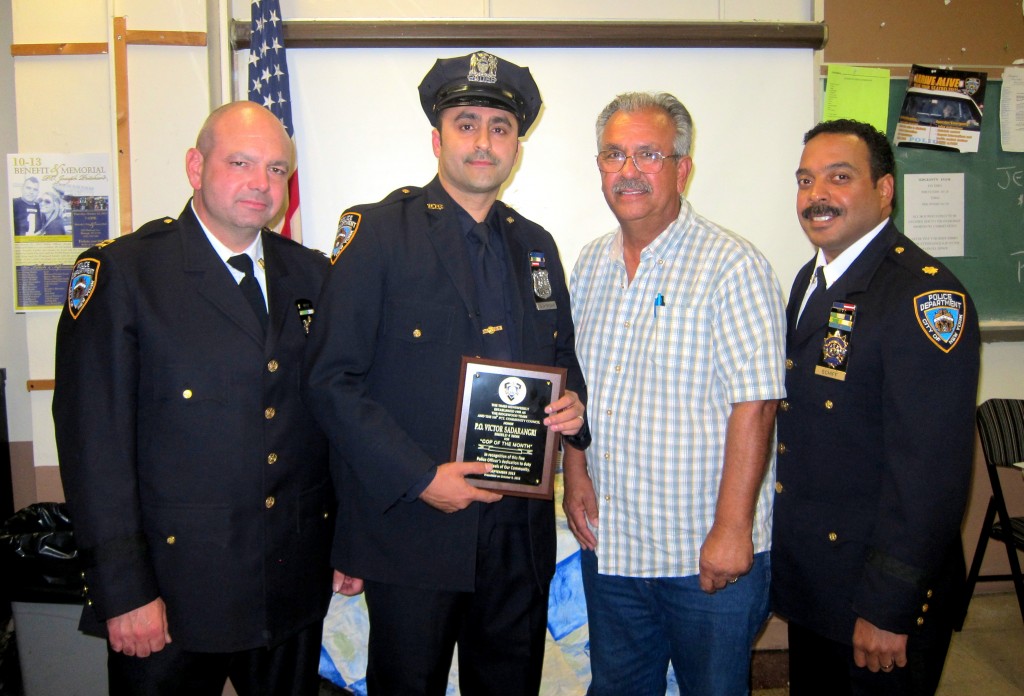 “I don’t play any games,” Schiff told community members in a frank declaration that became a running theme of the night. The statement was quickly echoed in the deputy inspector’s response to grievances regarding repeat noise violators.  Schiff assured frustrated residents that the department will take aggressive action to address chronic complaints.

The first step, Schiff said, will involve sending letters informing repeat violators of necessary permits for parties and events and outlining the process for obtaining them.

“I’ll give one warning; I’ll have a sit-down with…the violator and after that the gloves are off,” he said, adding that the department will pursue nuisance abatement, or civil enforcement, measures against those who continue to rack up complaints, including perennial hosts of raucous backyard parties.

“I’ll be looking to close down bars…[and] go after homeowners too, who disobey the law as well,” Schiff continued.

An officer reported back to the council about a meeting between the community affairs unit and Rabbi Berkowitz of the Rockaway Park Jewish Center to resolve complaints about noisy, late-night parties at the space.  Berkowitz told police that the center is currently in the process of removing the offending catering company, the officer said.

“I’ll be looking, probably, to have those trucks towed, obviously at the owner’s expense, to teach them a lesson once and for all,” he said.

The deputy inspector also stressed the community’s role in police work while fielding complaints about a spate of recent car break-ins in Howard Beach, which residents had been reluctant to report due to the petty nature of the crimes.

“This is the problem that we’ve had historically in the NYPD…If you have a crime occur and you don’t report it, we don’t know where to go,” Schiff said.

He added that he uses the data in deciding where to deploy his resources.

Council President Frank Dardani chimed in, affirming the importance of such information.

It’s a variation on a tactic that previously landed Schiff in hot water with top brass at the NYPD. While serving as the commanding officer for the 76th Precinct in Brooklyn, Schiff used the precinct’s now disabled Twitter account to name two career criminals known for striking within the area and to report that they had just been released from prison. The men had not been accused of any new crimes and Schiff’s actions raised the eyebrows of civil rights groups including the Legal Aid Society, which threatened the department with legal action.

Executive Officer John Ganley, also new to the precinct, introduced himself at the meeting. The 21-year NYPD veteran was promoted to captain in April and most recently served as the commanding officer for Orchard Beach in the Bronx although, as he told community members, “The bulk of my career has been spent in Brooklyn.”

Ganley described himself as having “a background in a little bit of everything” and said he hopes to have a long run at his new assignment.

“Even though I don’t know much about Queens, coming from Brooklyn, all the information I’ve gotten from friends and talking to people, they said the 106th precinct is a great place to work, and from the two week I’ve been here, I can see they’re right on point,” Ganley said.

The 106th Precinct also honored Officer Victor Sadarangani as October’s “Cop of the Month” for his work wrestling two perpetrators to the ground and waiting for backup during a robbery-in-progress.

The community council meets at 106th Precinct headquarters at 103-53 101 St., Ozone Park on the second Wednesday of each month.