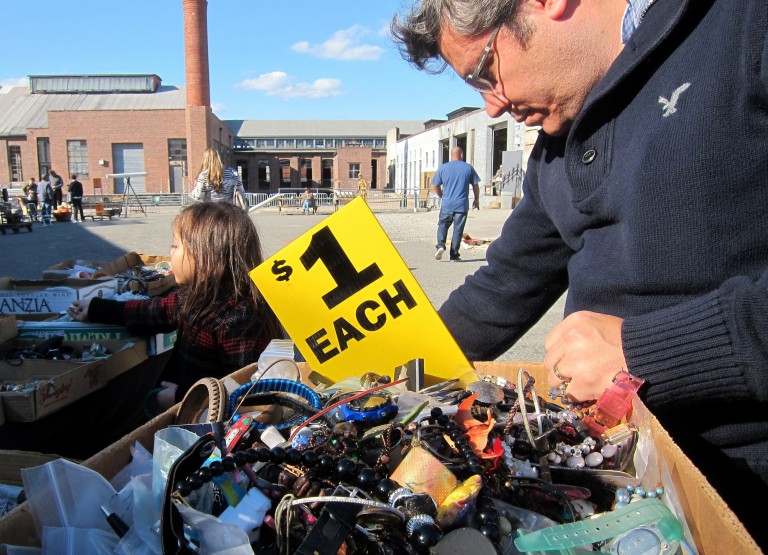 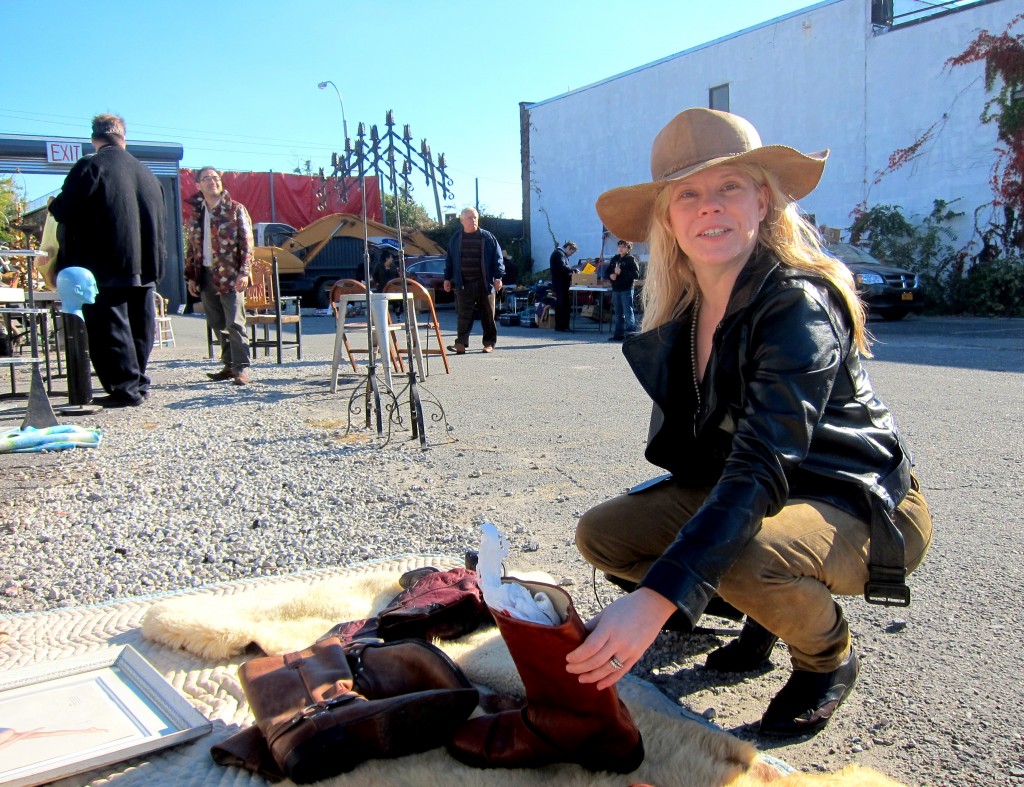 Local artist Robin King bought her hat and belt at the flea market and was searching for a new pair of boots to complete her look.

Knockdown Center, a Maspeth glass factory turned expansive, rambling art space, hosted the first of its weekly flea markets on Sunday, attracting both area vendors and those from as far away as Pennsylvania, Delaware, and Staten Island.

Veteran flea market vendor David Bartlett, also known as “English Dave” or, somewhat less frequently, “Ozzie,” helped to organize the event.  The Allentown, Penn. resident relied on his numerous contacts from years in the business and enticed other vendors to participate.

Bartlett’s pieces were among some of the market’s most unique items. Highlights included a cauldron-sized, cast iron fire pit kettle dating back to the late 1800s and an aluminum canoe manufactured in the 1960s by the Grumman Aircraft Engineering Corporation.

Bartlett vowed to return with more treasures every week.

Robert Price, a vendor based in Dover, Del., said he enjoys selling to the young, artistically-minded customers who flock to Knockdown Center.

Price, who has a second career as a hairdresser, specializes in vintage garden furniture, croquet sets, metal gooseneck desk lamps, mirrors, medicine cabinets, and salvaged decorative ephemera, which he also sells through his Etsy shop, ASSEMBLAGE 333.

“Aside from odd, unusual items, I sell lots of needful items that people would use to nest with and create comfortable homes,” he said, adding that the low prices make the market a bargain hunter’s dream-come-true.

The flea market also drew a number of area artists, who took part in the event as both shoppers and sellers.  Installation artist Robin Kang purchased a vintage hat and belt, and scoured the booths for a good pair of boots to complete her new look.  Her studio is located near the Knockdown Center. 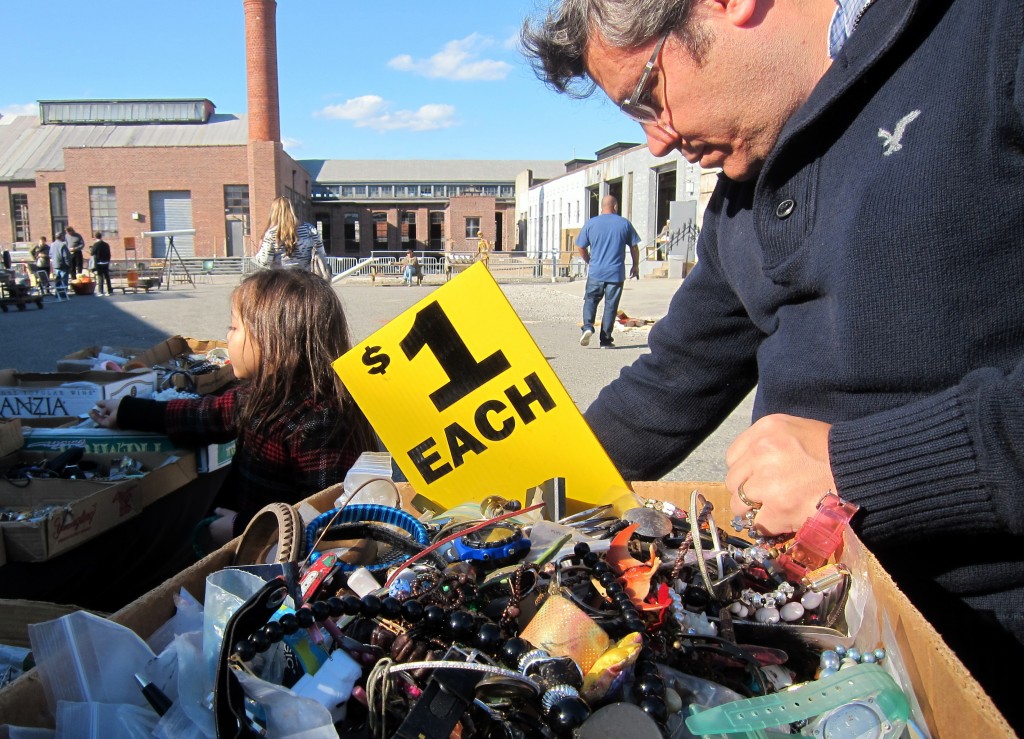 A customer scavenges for treasures in a box of dollar jewelry. Hannah Sheehan/The Forum Newsgroup

Andrew Salomone, whose art frequently deals with the intersection of the digital and traditional crafting techniques, sold sweaters and other knitwear bearing distorted, pixilated images.

Art space manager Tyler Myers described the indoor-outdoor market as a “chill Sunday activity” and a great way for neighbors to “come see the lot.”  Myers expressed interest in attracting more vendors from Maspeth and its surrounding neighborhoods.

“We want the center to be a center for its community,” he said.

Myers, who has a background in managing nonprofit, multi-use art spaces, first became involved with Knockdown Center when owner David Sklar turned to him for help converting the building into a venue for the arts. Originally built in 1903, the factory has been in Sklar’s family since the 1950s and was previously owned by both his father and grandfather.

Sklar put the property on the market several years ago, but only received bids from companies looking to bulldoze the structure and build warehouses in its place.  Unable to stomach the notion of seeing the edifice demolished, Sklar began looking into alternative uses for the space.

Earlier this month, Community Board 5 recommended against granting Knockdown Center’s request for a liquor licence that would allow them to serve alcohol, citing concerns over noise and intoxicated drivers.

For now, Myers said the center will continue hosting events under temporary permits and serving alcohol through catering contracts with restaurants such as Bushwick institution Roberta’s.

The Knockdown Center flea market will be held every Sunday from 8 a.m. to 4 p.m. at 52-19 Flushing Avenue in Maspeth.  More information can be found at www.knockdowncenter.com/flea-market.