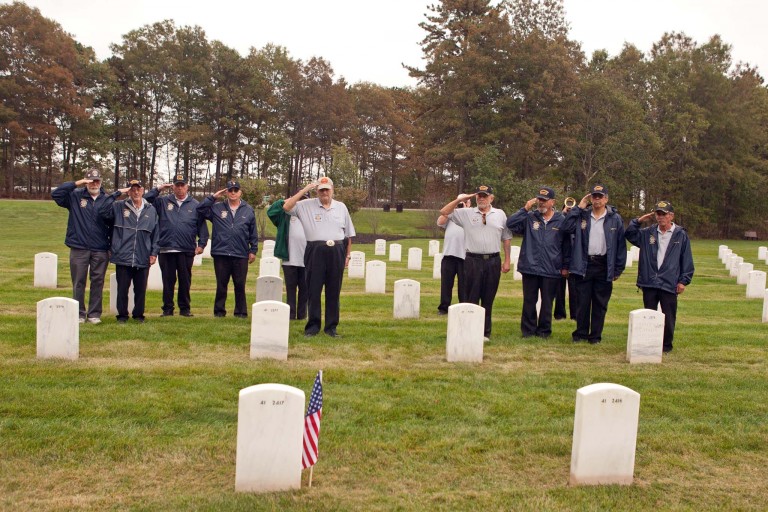 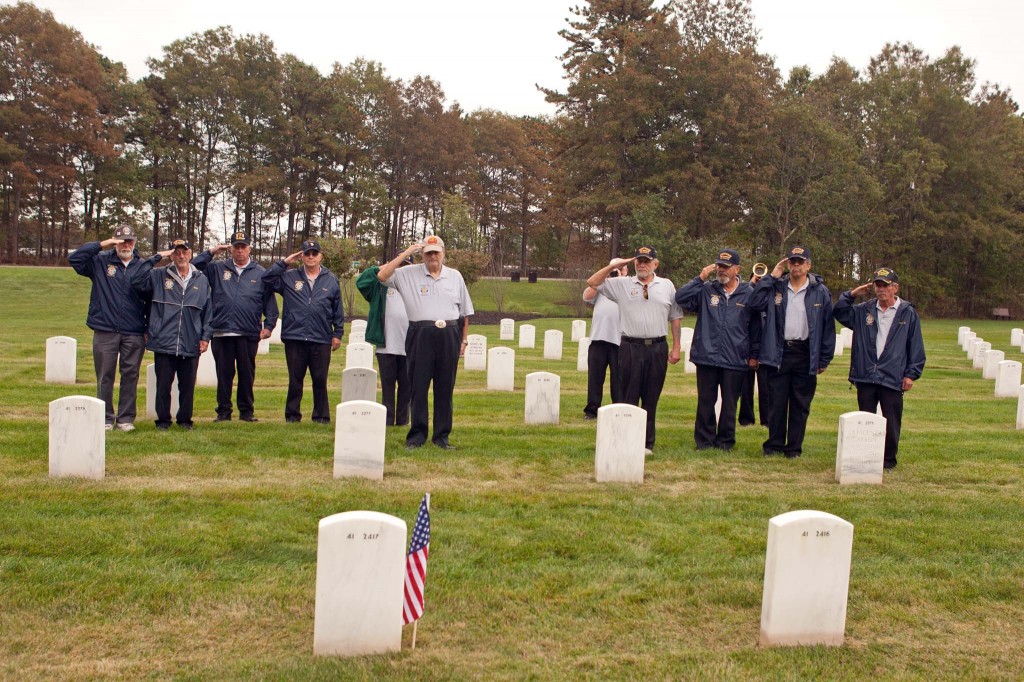 Chapter 32 members visit Calverton each October to honor the indigent veterans buried at the national cemetery. Photos by Michael O’Kane

Walking past the rows of headstones and American flags at Calverton National Cemetery on Long Island last week, the members of the Queens Chapter 32 of the Vietnam Veterans of America saluted the more than 80 indigent service members they have buried over the past five years – and remembered the men as some of the country’s bravest individuals whose lives wove tales of hardship and sacrifice.

Members of Queens’ Chapter 32 of the Vietnam Veterans of America visited the Calverton National Cemetery in Riverhead, Long Island last week to honor the 84 service members they have buried.

Each October, the veterans in the Queens chapter visit the cemetery to honor the men – who served in World War II, Korea, Vietnam, and elsewhere – they have helped to bury at Calverton beginning in 2008. After the city agreed to work with the Queens organization to bury indigent veterans – who, prior to 2008, had been interred by the city in the country’s largest public graveyard known as potter’s field on Hart Island – the group has partnered with Hess-Miller Funeral Home in Middle Village to make sure that service members are not forgotten – and are given the burial they deserve.

“People think indigent veteran, homeless veteran, and they don’t know what he was or what he did for his country,” said Chapter 32 President Paul Narson. “We feel it is a privilege to be able to do this. Since 2008, we have buried 84 veterans with honor and dignity at the national cemetery.”

Along with visiting the graves of the 84 individuals – people like the highly-decorated Master Sgt. Joseph White, who served seven tours in Vietnam and was the first individual to be buried by Chapter 32 – the VVA members stopped at the grave of Medal of Honor recipient Lt. Michael Murphy, who served in Afghanistan.

“We go to pay our respects to him for the heroic acts he performed,” Narson said of Murphy, who was killed fighting in Afghanistan’s Kunar province in 2005. The 29-year-old was a U.S. Navy SEAL lieutenant and the first person to be awarded the U.S. military’s highest decoration, the Medal of Honor.

Queens veterans had for years fought to get veterans buried in a national cemetery instead of the Bronx’s potter’s field – where the city has interred about 850,000 unknown and financially poor individuals since 1869. Finally, in 2008 the city asked Chapter 32 to help bury the men – and sometimes their spouses – at Calverton.

“We’ve done it during a blizzard – rain or shine, we go,” said Narson, whose chapter is based in Whitestone. “We bury people who’ve served in World War II, Korea, Vietnam – we’ll bury anybody so they don’t have to go to potter’s field. Every veteran should be buried with honor and dignity.” 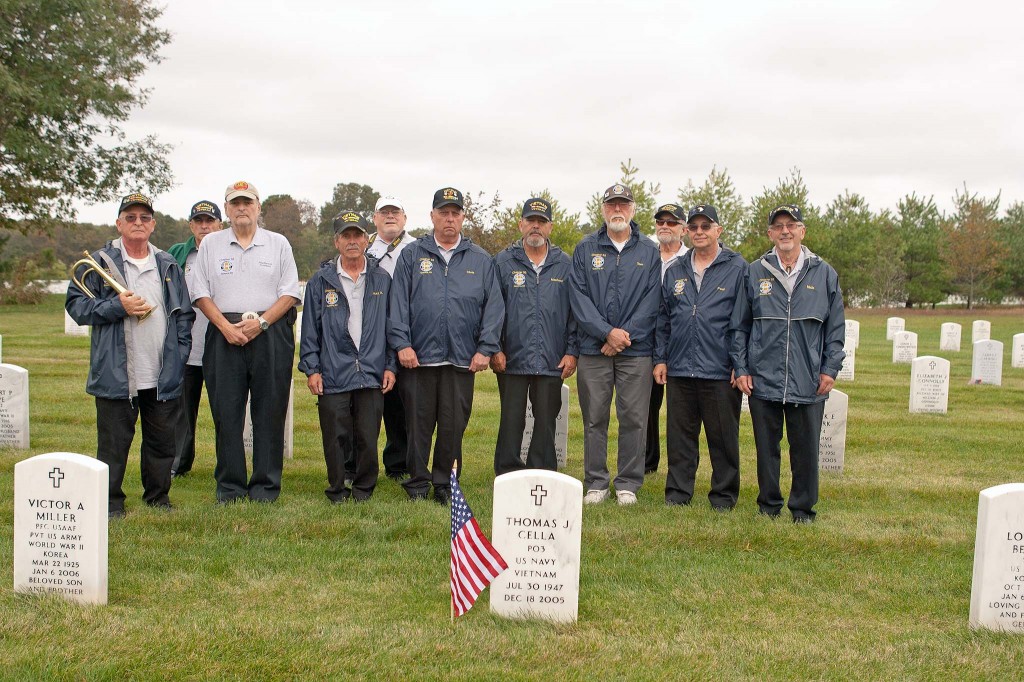 For years, Queens veterans fought to ensure that no indigent veteran would be buried at potter’s field and is instead given the ceremony they deserve at Calverton.