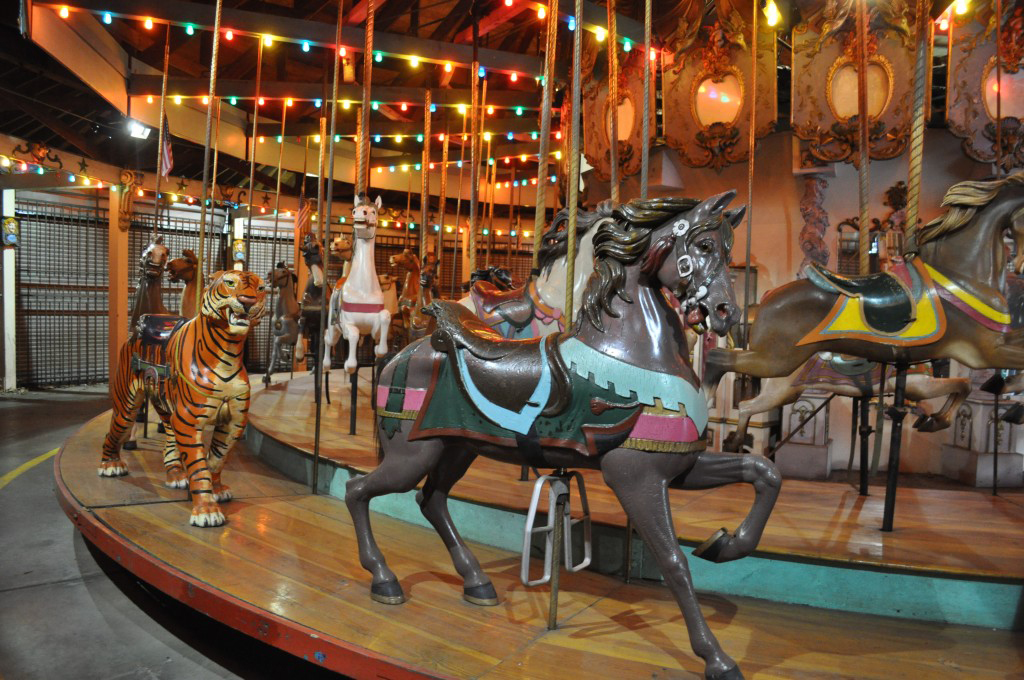 Built in 1903, the Forest Park Carousel includes 49 sculpted horses, a lion, a tiger, a deer, and two chariots. File Photo

The Forest Park Carousel will be honored by the city Landmarks Preservation Commission and the city Parks Department on Monday, Oct. 28 at 3:30 p.m., and the public is invited to attend.

A new plaque commemorating the carousel’s new landmark status will be unveiled at the ceremony, which will be held at the merry-go-round and will also be attended by Councilwoman Elizabeth Crowley (D-Middle Village). The plaque was paid for by contributions from the Woodhaven Residents’ Block Association, the Woodhaven Cultural and Historical Society, the Greater Woodhaven Development Corporation and the Woodhaven Business Improvement District.

Community leaders and legislators had for years fought to get the city to landmark the carousel, and the 1903 structure that is steeped in history and beloved by residents was officially designated a city landmark following a unanimous vote by the Landmarks Preservation Commission in June.

Built just after the turn of the 20th century, the carousel holds some of the last surviving creations of master wood-carver Daniel Carl Muller, including 49 sculpted horses, a lion, a tiger, a deer, and two chariots. It has garnered the love of residents throughout the area, and Maria Thomson, a civic leader who had spearheaded efforts to preserve the carousel, has frequently referred to it as the “jewel of Woodhaven.”

The structure is one of just two remaining carousels crafted by Muller, a German immigrant who settled in Philadelphia and built a total of 12 merry-go-rounds. It was first operated in 1903 in Dracut, Mass. and was brought to Woodhaven in 1972 to replace a different carousel that burnt down in 1966.