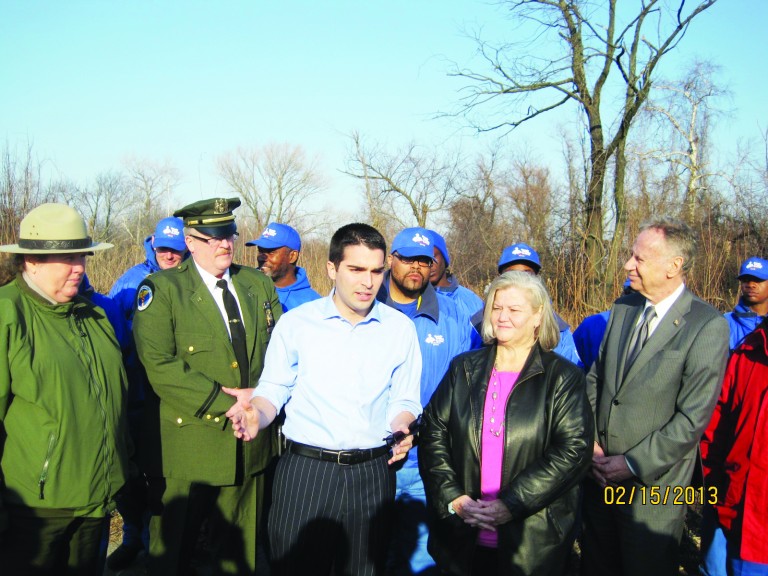 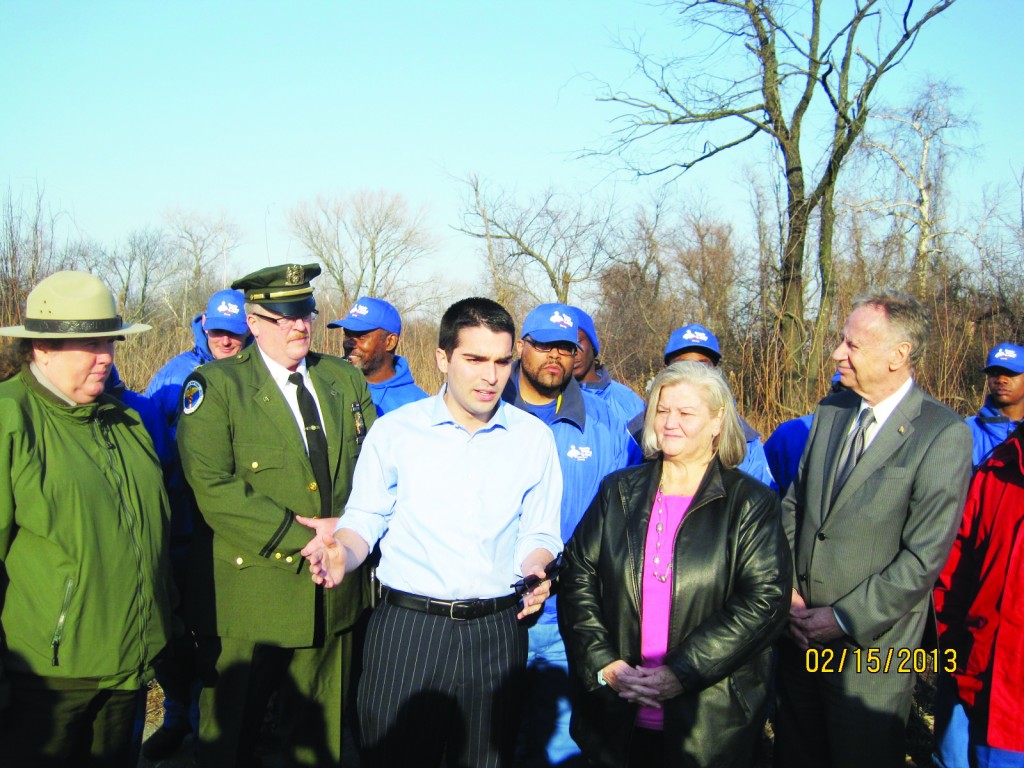 Councilman Eric Ulrich, center, works in February with the Doe Fund to help restore the stretch of roadway between Broad Channel and Howard Beach, which includes the Jamaica Bay Wildlife Refuge. File Photo

Councilman Eric Ulrich’s constituency is comprised of areas hit hard by Hurricane Sandy, and he had to take immediate action when the storm hit – with even more vigor than expected.

“No one could have foreseen the devastation that was cause,” said Ulrich (R-Ozone Park).

The year prior to last October’s hurricane that wreaked havoc along the eastern seabord, residents were told to evacuate for Hurricane Irene. When they did and nothing happened, they began to take the evacuation warnings less seriously.

“People really took it for granted,” Ulrich said and added that he knew the storm would be severe but did not realize it would cause as much harm and damage as it did.

The day of the storm Ulrich found himself taking an active role in securing the safety of his residents. During Sandy, he drove around the district – which includes much of South Queens and parts of Rockaway – but found it incredibly difficult to get around because felled trees and downed wires littered the area.

Broken by the winds that easily reached 100 miles per hour, electrical wires were everywhere – and one Richmond Hill woman, 23-year-old Lauren Abraham, died after being electrocuted by a live wire just outside her home. As he drove around his Queens neighborhoods, Ulrich used a megaphone to urge people not to leave their homes because of the threat of electrocution. Some people were on their balconies getting ready to jump down to evacuate their houses but he informed them that they should stay inside.

“It was just a very surreal experience,” the councilman said of the day of the storm.

In the days and weeks after the storm, Ulrich spent his time providing people with comfort, food, and clothing, helping those who had lost everything find shelter and giving them peace of mind.

“My office had supplies and blankets and cases of water and diapers piled high to the ceiling,” he said.

The legislator and his staff got all of those supplies delivered to areas in need during the direct aftermath of the storm.

His office had a working phone and electricity – which very few places in the surrounding area had – so it was used as a focal point for planning and delivering supplies.

During the rebuilding effort, Ulrich’s office has done everything from partnering with the Doe Fund to remove the mounds of debris that littered the roadway between Howard Beach and Broad Channel to helping people get their building permits and streamlining the building process. They helped people make use of the city’s Rapid Repair program, meant to help restore certain vital household needs immediately after the storm.

“We made sure people had heat hot water and electric,” the legislator said.

Now his office is helping people sign up for the city’s Build It Back program so they can reconstruct homes – which many people had not been able to afford to do in the year following the storm.

His biggest concern at the moment is the Biggert-Waters Flood Insurance Act, which alters the way flood insurance is calculated. He said it will cause residents in his district to have much higher premiums – so much higher they may not be able to afford the insurance or to live in their homes. He called upon the U.S. Congress to amend the act.

“So many of my friends and constituents were heartbroken and some of them homeless,” Ulrich said. “I pledged to them that I would do everything I can to get back on their feet.”