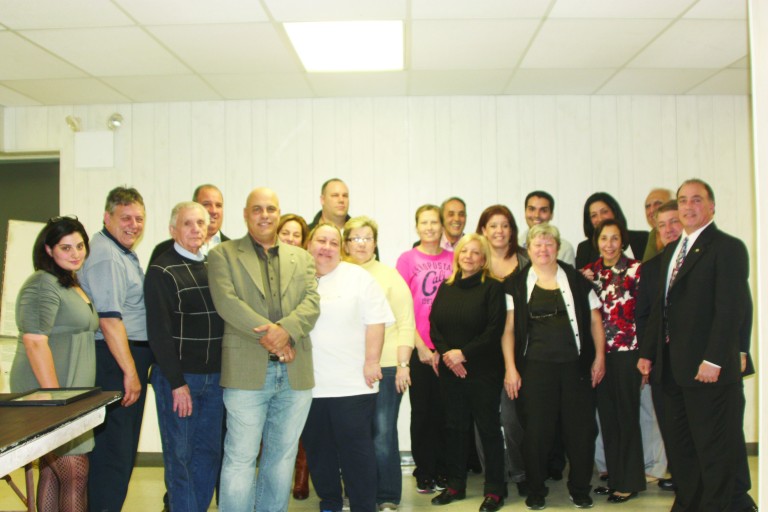 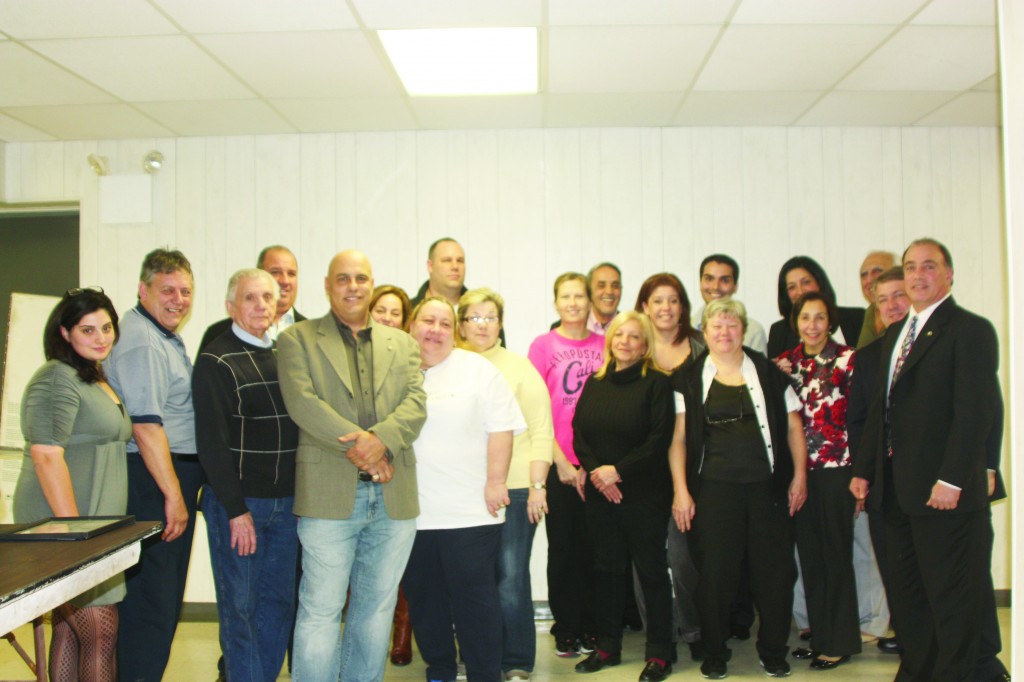 Ellen Buonpastore, center, in white, was recognized by the Lindenwood Alliance and Councilman Eric Ulrich for the crucial role she played during Hurricane Sandy relief efforts. File Photo

Ellen Buonpastore remembers it like it was yesterday – how it was her mother’s birthday, how she didn’t sleep that first night of Hurricane Sandy – or for 10 days after, how fast the water came, how quickly life turned upside down.

The vice president of the Dorchester Arms Co-op in Lindenwood, Buonpastore had prepared for the storm: She had shut down the elevators, she had flashlights ready to go, she had just stocked up on food, and she was going to wait out the storm with friends in her apartment.

And, at first, it seemed like Sandy would be much like Hurricane Irene in 2011 – a lot of hype and not much damage.

But, then, around 12:30 a.m., Buonpastore looked outside her window onto 153rd Avenue and saw the flooding that, not yet known to her, would wreak havoc on a community that had never before seen the kind of devastation that the hurricane brought. At half past midnight on Oct. 30, all Buonpastore knew was that a storm called Sandy had begun to pour water into her neighborhood. Soon, the storm would plunge residents into a surreal nightmare – a world that, just hours before seemed unimaginable – a place of no power, no heat, no cell phones. A world that would turn into a place with little fuel and the National Guard rolling tanks down Cross Bay Boulevard and insurance companies turning their backs on those they were supposed to protect.

Buonpastore didn’t sleep that night, and when she woke it was almost impossible to process the scene before her.

“The next day there was total devastation,” she said.

Surrounding her was a neighborhood where so many had lost everything, and the news began to trickle in about just how bad it was out there. Buonpastore knew she had to do something to help – so she dug into a stockpile of mac ‘n cheese, opened up the co-op’s recreation room and began cooking.

Soon, news of the food spread and people were flocking to Buonpastore’s building – for something to eat, for a familiar face, for a shoulder to lean on.

Quickly, the recreation room became more than just a place to grab a welcome bite to eat – it was transformed into an entire relief center stacked with piles of clothes and food and other necessities people so badly needed.

“We had wall-to-wall clothes – I got truck loads from Park Slope, Harlem, so many places,” she said. “I was getting food from everywhere.”

For 10 days, Buonpastore didn’t sleep. Instead, she cooked, she hugged neighbors, she put together relief packages filled with everything from diaper wipes to food or shoes, which were then often dropped off at people’s houses by Meals on Wheels drivers. She set up tables around the room “like a supermarket” and people would “go down the aisles” to pick up things they needed: Coats, blankets, food, coffee.

“We were doing tons and tons of wash for people – people were giving us money to put on our laundry cards so we could do people’s laundry for them,” Buonpastore said. “My super, my porter, my secretaries – people who had lost everything – were putting money on cards for others.”

“[Councilman] Eric Ulrich was here every day,” she said. “He gave me money for laundry. Phil Goldfeder, who lost everything, he came almost every other day. Mike Miller brought us stuff.”

Despite all the devastation and loss, Buonpastore said that from that darkness she began to see the best of people – how residents who no longer had places to call home wanted to give so much to others in need of help.

“It restored my faith in my humanity,” she said.

Now, a year later, Buonpastore said she hopes that people will not forget the importance of lending a hand – of giving even when it seems there’s nothing to give.

“I want people to remember that it only takes a second for a life to change,” she said. “Always say I love you, always say, with a smile, have a nice day, have compassion for each other, just be human,” she said.