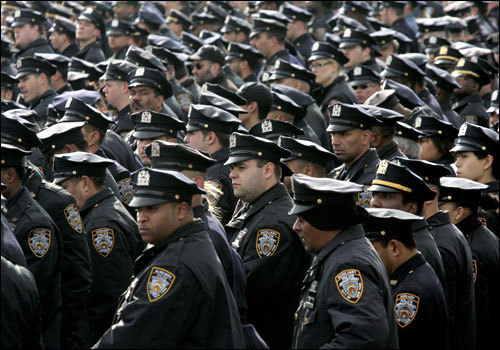 In what seemed to many to be an unexpected turn of events, a federal appeals court last week halted planned changes to the New York Police Department’s stop-and-frisk practice and lashed out against the federal judge who previously ruled that the policing tactic was unconstitutional.

The Court of Appeals for the Second Circuit ruled that Judge Shira Scheindlin compromised the “appearance of impartiality surrounding this litigation” by ensuring she would hear this case when it was filed about six years ago.

Scheindlin is now off the case and her orders for the NYPD, including implementing a monitor to oversee stop-and-frisk reforms and creating a program in which officers across the city would wear cameras to record street encounters, are currently on hold.

The federal judge in August had lambasted the stop-and-frisk policy, in which cops will pat down individuals they believe could be carrying weapons – a tactic that Mayor Bloomberg and Police Commissioner Ray Kelly said has driven crime down to historic lows but which other legislators said overwhelmingly targets minorities and has driven a wedge between the NYPD and minority communities.

“I find that the city is liable for violating plaintiffs’ Fourth and Fourteenth Amendment rights,” Scheindlin wrote in her decision, which did not force the city to halt its practice but aimed to bring increased scrutiny. “The city acted with deliberate indifference toward the NYPD’s practice of making unconstitutional stops and conducting unconstitutional frisks.”

City leaders had varied reactions to the decision, with Mayor-elect Bill de Blasio criticizing it and his former Republican challenger, Joe Lhota, praising it.

“I’m extremely disappointed in [the] decision,” de Blasio said in a prepared statement. “We shouldn’t have to wait for reforms that both keep our communities safe and obey the Constitution. We have to end the overuse of stop-and-frisk – and any delay only means a continued and unnecessary rift between our police and the people they protect.”

Meanwhile, Lhota began his statement on the ruling with, “Bravo!”

“As I have said all along, Judge Scheindlin’s biased conduct corrupted the case and her decision was not based on the facts,” Lhota said in a prepared statement. “The ruling by the nation’s second highest court was an unprecedented rejection of both the result of the case and the manner with which it was achieved.”