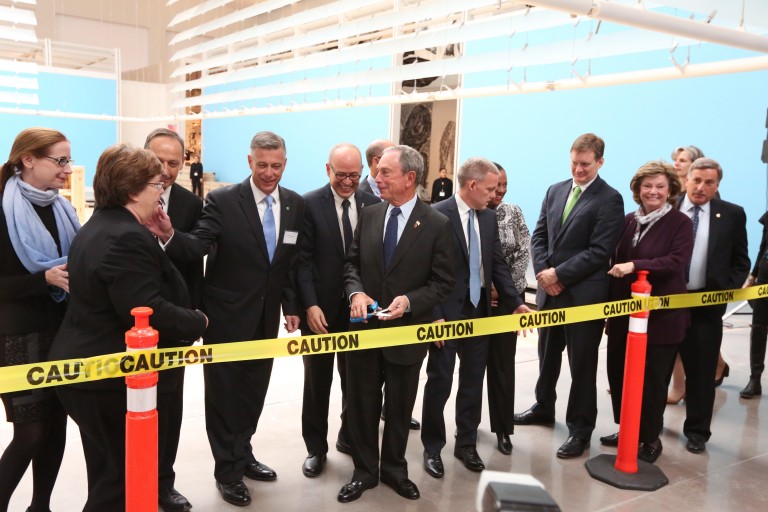 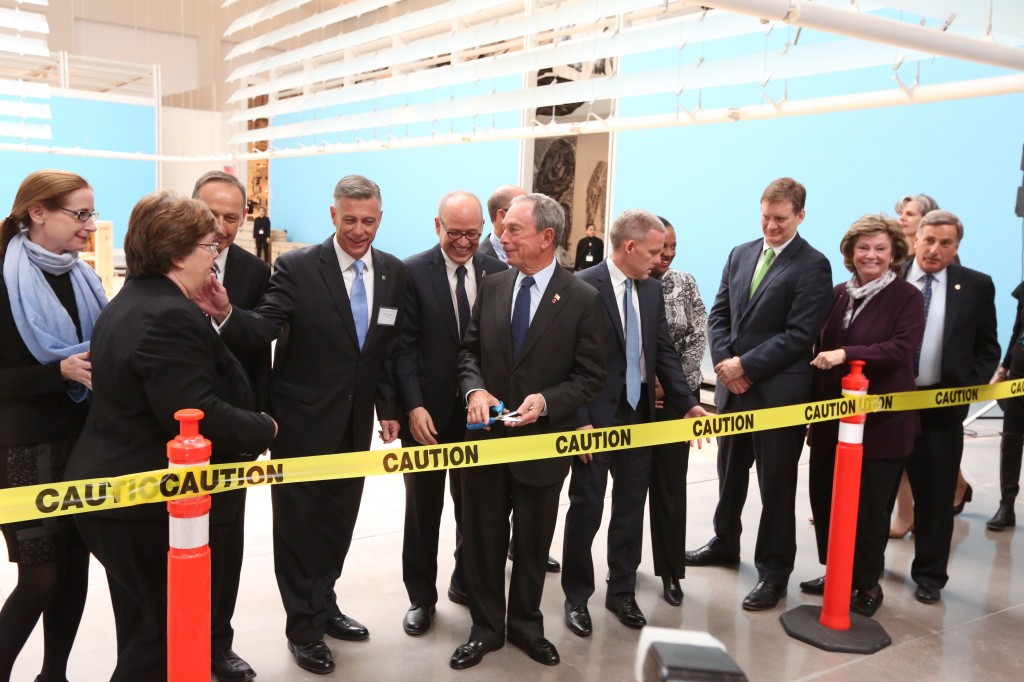 The art museum, situated in Flushing Meadows Corona Park, will re-open to the public this Saturday, Nov. 9, and there will be three days of grand reopening programs, including a performance from a Bulgarian choir, a fishing expedition, and a walk accompanied by marching bands.

Mayor Michael Bloomberg, museum officials and other legislators cut the ribbon on the facility, which housed the city’s pavilion for the World’s Fair in 1939 and 1964. When the building reopens, visitors will be able to walk through a display case of memorabilia from the 1939 and 1964 World’s Fairs. 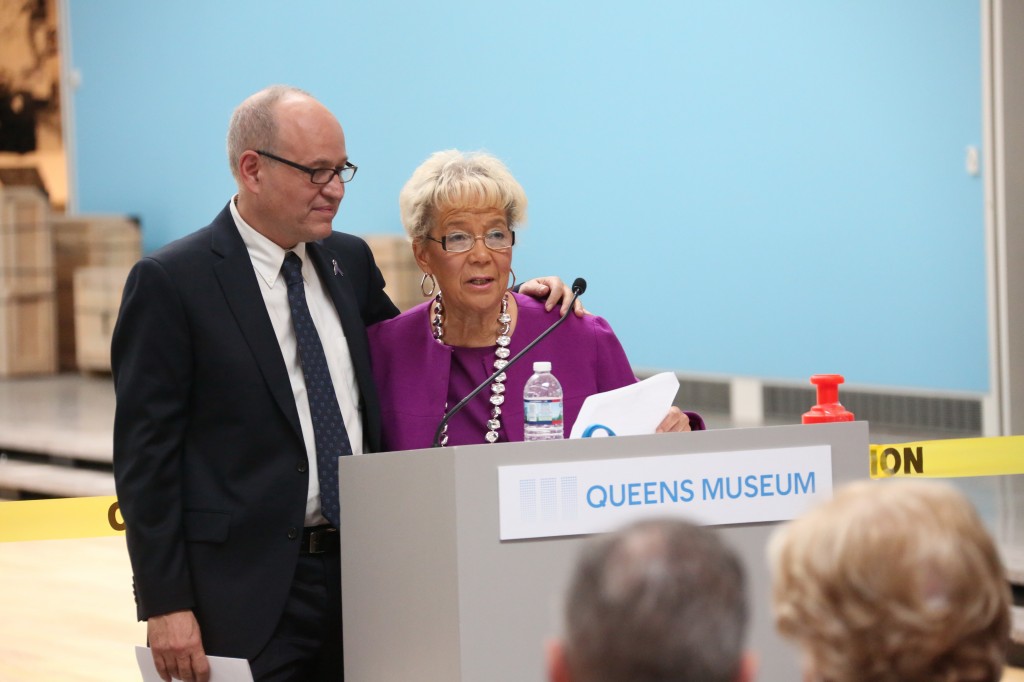 The renovated museum also boasts a new 5,000 square foot library and a cafe terrace. The library, however, will not be open to the public until 2015.

As part of the three-day grand reopening weekend, the museum will unveil its exhibits, including “Citizens of the World: Cuba in Queens,” “From Watersheds to Faucets: The Marvel of the New York City Water Supply System,” and “Shade Garden: Floral Lamps from the Tiffany Studios,” among numerous others.

The museum will kick off its inauguration weekend with a performance by a Bulgarian women’s choir, followed by a two and a half hour guided fishing trip in Flushing Meadows Corona Park – for which gears and baits will be provided. Artist Lyley Bernstein will lead the trip. There will also be video screenings by Taiwanese artists and a poetry reading by Tan Lin.

On Sunday, community members and collaborators are invited to assembly in Corona Plaza, a new city Department of Transportation pedestrian space that the museum has been designing, and process to the Queens Museum accompanied by marching bands. Neighborhood folk dance groups and musicians reflecting the diverse immigrant communities in the areas near the museum will perform throughout the day.

The celebration will wrap up on Monday, when the Queens Museum will offer free admission to families with children ages 5 to 12. Also on Monday, there will be a museum wide scavenger hunt, puppet making and brush painting.

For more information about all the events happening at the museum this weekend, visit www.queensmuseum.org.