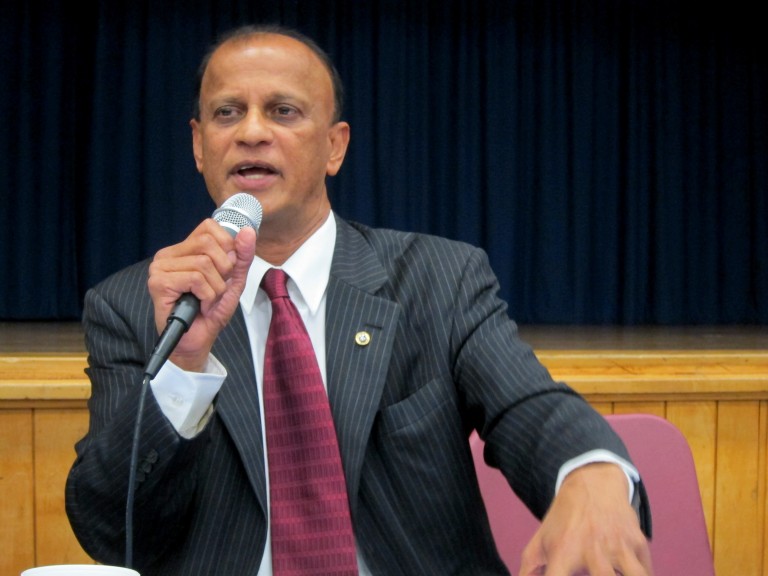 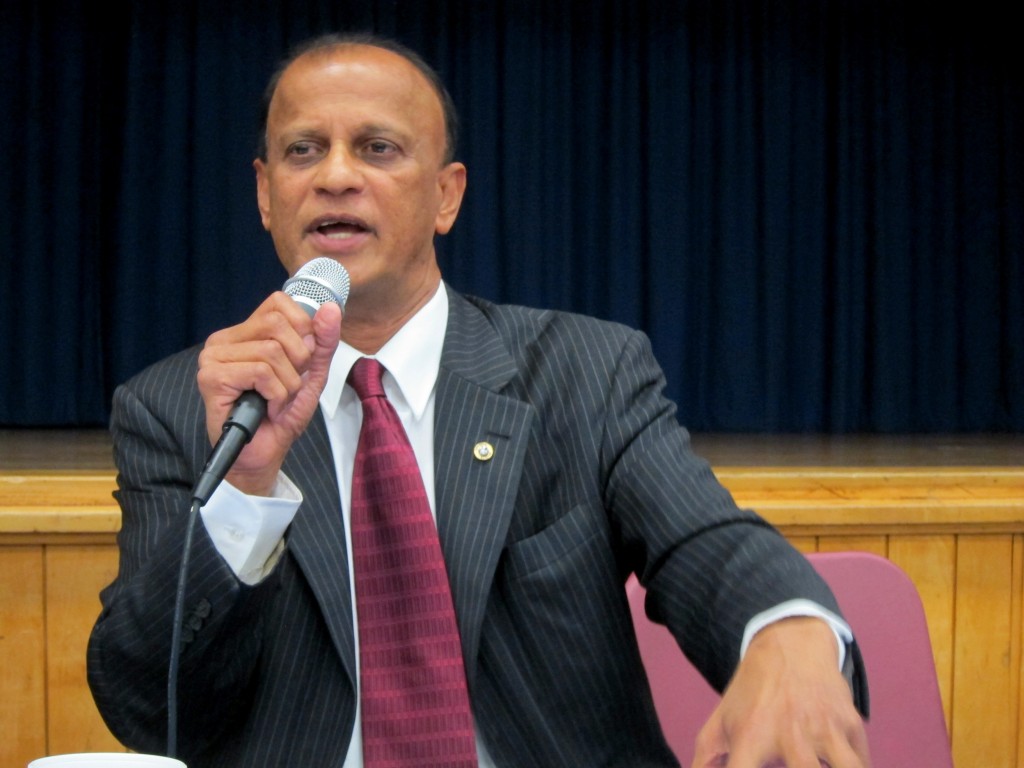 Community Education Council 27 member Michael Duvalle pleaded with the city last week to hold its vote on co-locating another school at JHS 226 in South Ozone Park. However, the city voted a day after Duvalle spoke at a hearing to approve the Queens co-location, as well as 19 others throughout the city. File Photo

The city’s Panel for Educational Policy voted to approve a contentious plan that has been slammed by parents throughout Queens – and the other four boroughs – for 20 new school co-locations, including JHS 226 in South Ozone Park.

The PEP members voted 8 to 4 to green-light the proposal, with Queens Borough President Helen Marshall’s appointee to the panel, Dmytro Fedkowskyj, voting against the plan that he, along with educators, parents and area legislators, have vehemently criticized, with many saying the co-locations are a last-minute attempt by Mayor Bloomberg’s administration to implement what has proven to be a wildly unpopular policy of moving schools into already existing school buildings before Mayor-elect Bill de Blasio takes office in January. Just two weeks ago, the PEP approved 17 other school co-locations throughout the city.

Just months after the city voted to co-locate another junior high school at JHS 226, now the city has agreed to move a high school into the building that also houses a special education school – leaving the building at 121-10 Rockaway Blvd. with a total of four schools.

Almost every Council member, as well as numerous state legislators, recently gathered on the steps of Borough Hall to urge the Bloomberg administration to halt all co-location plans – something that clearly has not been heeded. Politicians and parents have said co-locations have resulted in disastrously unequal scenarios in which the DOE favors students in the new, small schools and gives few resources to pupils and teachers in the school that was originally housed in the building.

At a hearing last Tuesday on the JHS 226 plan, parents pleaded with the city to not move forward with the co-location.

“Years after years, they’ve been telling us that we cannot reduce class sizes because there’s not enough room to create more classrooms in the schools,” said Mike Duvalle, a member of the District 27 Community Education Council. “For years, that was the reason we had 36 or event 40 kids in a classroom.”

JHS 226 parent Mona-Lisa Chandler voiced concerns over tight resources, noting that the school already has had to use trailers for additional classrooms – leaving parents to wonder how the building would accommodate other students.

Other schools in Queens being impacted by the PEP’s vote include IS 59 in Springfield Gardens and Long Island City and Martin Van Buren high schools.