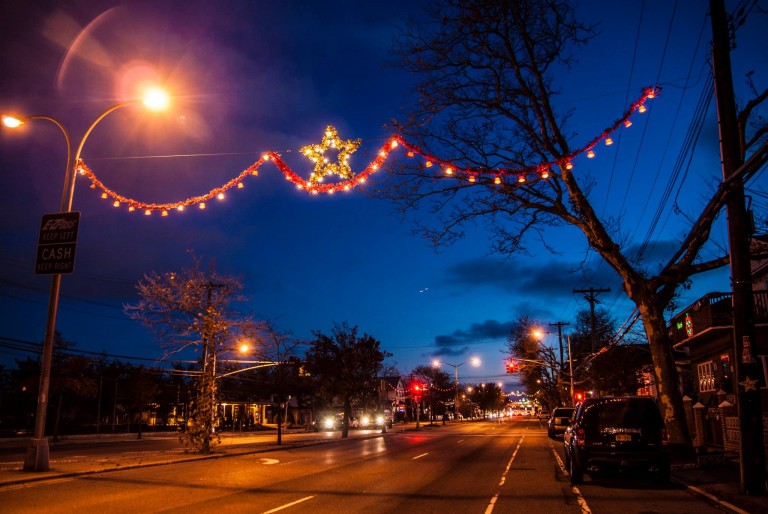 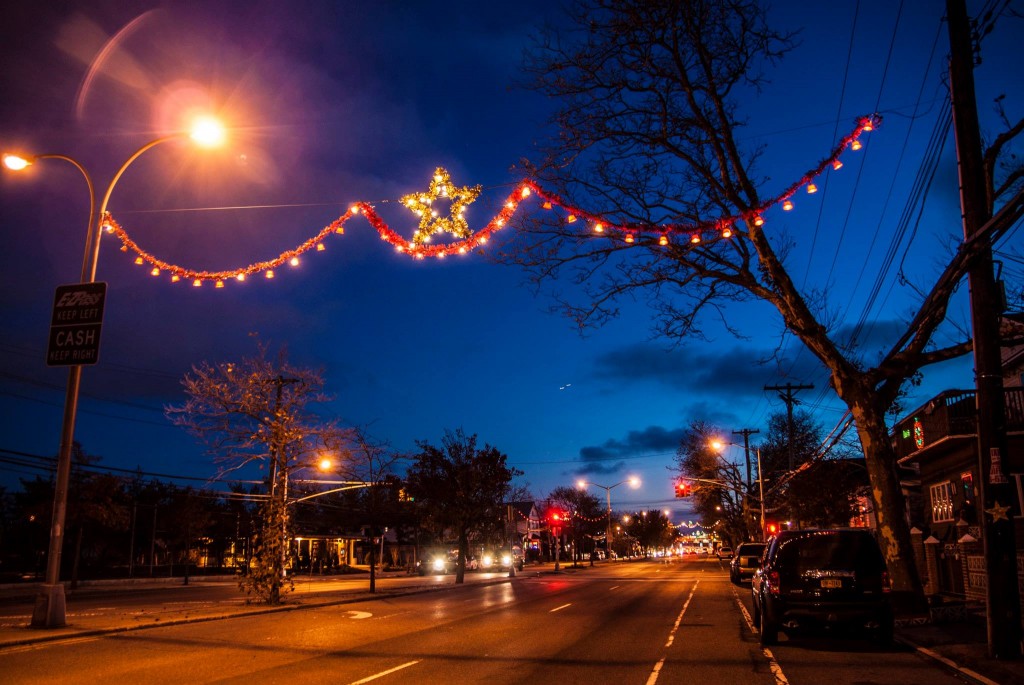 For Stephanie Wagner, the Christmas lights that now adorn Cross Bay Boulevard in Broad Channel do more than remind residents of the holiday season – they cast a welcome glow on homes and businesses that are, once again, brimming with life a year after Hurricane Sandy devastated the neighborhood.

The shimmering lights shaped like trees, stars and bows are, for Broad Channel residents who lost almost everything in the storm and were displaced for months, or more – a reminder of just how far the area has come in 365 days – and send a message that life is, finally, returning to normal, said Wagner, who has spearheaded the effort to raise thousands of dollars to put up the holiday bulbs.

Wagner, a fifth-generation Broad Channel resident who knows the neighborhood better than most of us know the back of our own hand, also raised money to put up Christmas lights last year in the immediate aftermath of Sandy – and now hopes it will become an annual tradition that will last long after the memories of the hurricane fade.

“After the storm, people were so upset,” Wagner said. “I wasn’t living at home – many people weren’t living at home – and when you’d drive through Broad Channel, it felt like a ghost town. It definitely didn’t feel like Christmas, so I wanted to do something to pick up people’s spirits and show we’re going to come back from this. They were a symbol last year that we’re going to get through this. It ended up making everybody so happy that I wanted to keep it going – it’s a symbol of how far we’ve come.”

So far, Wagner has, with the help of area residents and others, raised about $8,500 in about a month, allowing for colorful lights to line much of Cross Bay. The Broad Channel resident hopes to land a total of $10,500, which would allow lights to be placed on both sides of the boulevard.

Over the past month, Wagner has held a raffle and a fundraiser at Rockaway’s Bungalow Bar, where she works while also studying business management at Molloy College in Long Island. As part of the fundraising efforts, Wagner was able to raffle off two roundtrip JetBlue tickets, which were given to her by a Broad Channel firefighter, Leo Chavanne.

Wagner’s efforts to raise money this holiday season has even landed attention from some high profile individuals, including former Jets player Wesley Walker, who attended the event at the Bungalow Bar.

For more information about donating for the lights, please visit https://www.wepay.com/donations/bc.christmaslights. 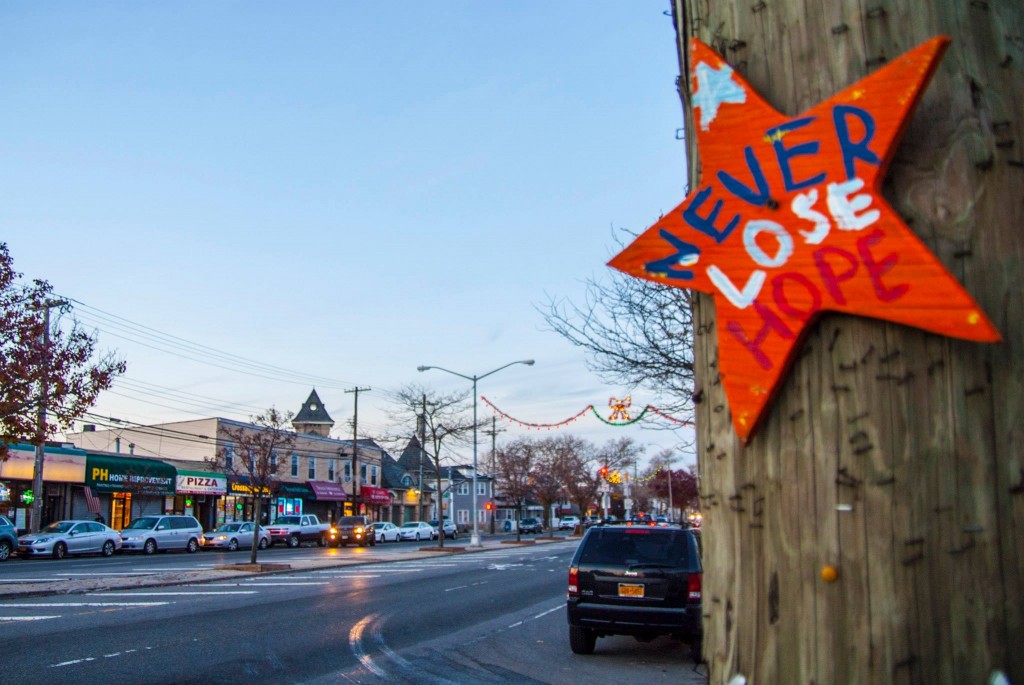 One of the Hurricane Sandy stars is emblazoned with a message that Broad Channel residents said is embodied in the Christmas lights now adorning Cross Bay Boulevard: Never lose hope.