Hundreds of people gathered at the Shops of Atlas Park in Glendale Saturday evening to kick off the holiday season with a Christmas tree lighting, elves on stilts, and, of course, a much-anticipated, and cheered, appearance from Santa Clause.

Children and families from throughout the neighborhood, and beyond, partook in the revelry while listening to holiday tunes and waving sparkly wands given to them by the shopping center at 80-00 Cooper Avenue.

The crowd began to gather around 5 p.m. and thickened until St. Nicholas arrived, stylishly, in a white Cadillac. After issuing a holiday greeting at a stage set up in the center, Santa led the children and families to the massive tree perched in the middle of the shopping site’s center green. After Mr. Clause led a countdown, cheers rang out through the crowd as the tree lit up, its multi-colored lights shining into the cold evening. 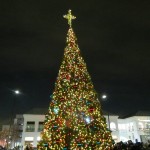 Families from throughout Queens gathered to watch as the Christmas tree in Atlas Park was lit Saturday evening. 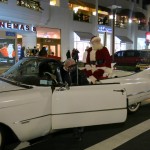 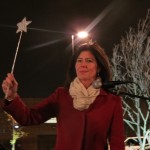 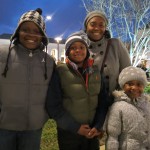 Jordan, 10, left; Keith, 8; Sydney, 4; and Brandi Gibbons, of Fresh Meadows, said they were thrilled to spend some time with Santa Saturday night. 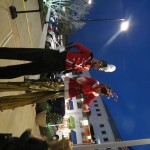 Two “elves” on stilts entertained the crowd for hours. 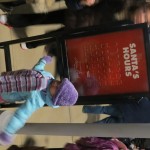 Selena Rivera, 4, of Middle Village checks out the hours when Santa will be at Atlas Park this season. 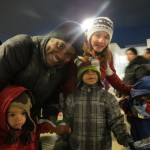 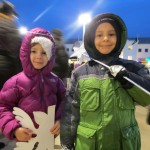 Juliana, 4, and Matthew, 6, were, like many of the children who gathered for the tree lighting, bundled up for a cold – but fun – evening.