For hours, they stood in line, shivering in the cold that has descended upon November. Patiently, they – the young and the old, the employed and the jobless – waited to make their way to the front of a modest looking house in Richmond Hill, where they filled carts with a Thanksgiving turkey, fresh vegetables, bread, and more.

They were veterans, retired teachers, school children. Those standing in line – some silently, their eyes downcast and hands shoved deep into coat pockets, others laughing and waving hello to neighbors as their children played endless games of tag – were grandparents, spouses, sons and daughters.

Whatever their story, the approximately 1,000 families that came for food at the nonprofit River Fund food pantry at 89-11 Lefferts Blvd. in Richmond Hill on Saturday all shared one thing in common: They needed help.

“The face of hunger in our country has changed,” said River Fund Executive Director Swami Durga Das. “We have families coming to us with two working parents. A lot of our clients work. We have an 88-year-old veteran coming to us for food. We’re the last resort for most of these families.”

Every Saturday, the River Fund gives out free food to about 800 families at their Richmond Hill pantry, and they also serve about 2,000 more families through their mobile programs and satellite sites that have operated in the Rockaways and Coney Island since Hurricane Sandy. Last Saturday, however, there was a special occasion – in honor of Thanksgiving, the pantry handed out 1,000 turkeys that were donated to the nonprofit from the Katie Couric show.

Those who received the birds said they incredibly grateful, particularly in light of the federal food stamp reductions that went into effect at the beginning of this month. Many in line said they would have had no money to pay for the often expensive Thanksgiving turkeys.

“My food stamps got cut a little bit, so it’s hard,” said Howard, a South Queens resident who came to the Richmond Hill pantry for the first time Saturday morning. “I used to volunteer at places like this, and it’s really helpful to know I can go here and other people can help me.”

Howard, who did not wish to give his last name, said he had been receiving $200 a month as part of the federal Supplemental Nutrition Assistance Program – often referred to as food stamps – but that was cut by $11 beginning this month, which he said “really hurt me.”

“There are a lot of people going through this,” Howard said. “It’s nothing to be embarrassed of. This is New York; times are hard. People are losing their jobs.”

Stories like Howard’s were relayed time and again on Saturday, when Borough President-elect Melinda Katz, Councilwoman Karen Koslowitz (D-Forest Hills) and former mayoral candidate and ex-U.S. Rep. Anthony Weiner gathered to help pass out food, as well as speak with nonprofit leaders about the impact food stamp cuts have had on the River Fund’s clientele.

“People think the 29th Council District is a rich district, but it’s not,” said Koslowitz, whose district includes the site where the River Fund is located. “All year long the River Fund gives food out. We have soup kitchens; we have synagogues and churches that give out food. People need help here.”

As he hurried between massive bags of carrots and stacks of onions, Durga Das said he was relieved to be able to give turkeys, and the myriad other items, to the families – though he stressed how overwhelming it is to see how many people are hungry in Queens.

“The cases are getting so much more serious – people are behind on rent, on electricity; they have to choose between paying for food or paying for medicine,” Durga Das said.

The River Fund’s pantry was filled with volunteers last week, many of whom arrived before the sun rose on Saturday. The day, which should have began with preparing the massive amounts of food about to be given out, was instead commenced with a fire in the nonprofit’s garage that wiped out a number of non-food items, such as baby supplies and paper towels.

“It appears to have been an electrical fire,” Durga Das said. “I could have cried and been depressed about it, but I had a truck with 1,000 turkeys – that’s what I thought about,” Durga Das said.

When the River Fund first launched its food pantry a little less than a decade ago, it served 37 people. That number began to increase, particularly when the housing bubble burst and the economy sank in 2009, and the number of families seeking help from River Fund jumped to about 500 two years ago. Now, there are routinely more than 800 people who stand in line each Saturday to receive things like fresh vegetables and bread.

The nonprofit’s executive director noted that the number has increased, and will likely continue to do so, in part because of the cuts to the food stamp program. The reduction in SNAP has impacted more than 47 million people across the country and is the largest cut to food stamps since Congress first passed the 1964 Food Stamps Act.

“We’re seeing new people every week,” Durga Das said. “The people in line here, people would say they’re the working poor – that phrase to me is insane. People who’ve paid taxes, who are seniors and put into the system for years, are falling off the cliff. We’re facing an epidemic.” 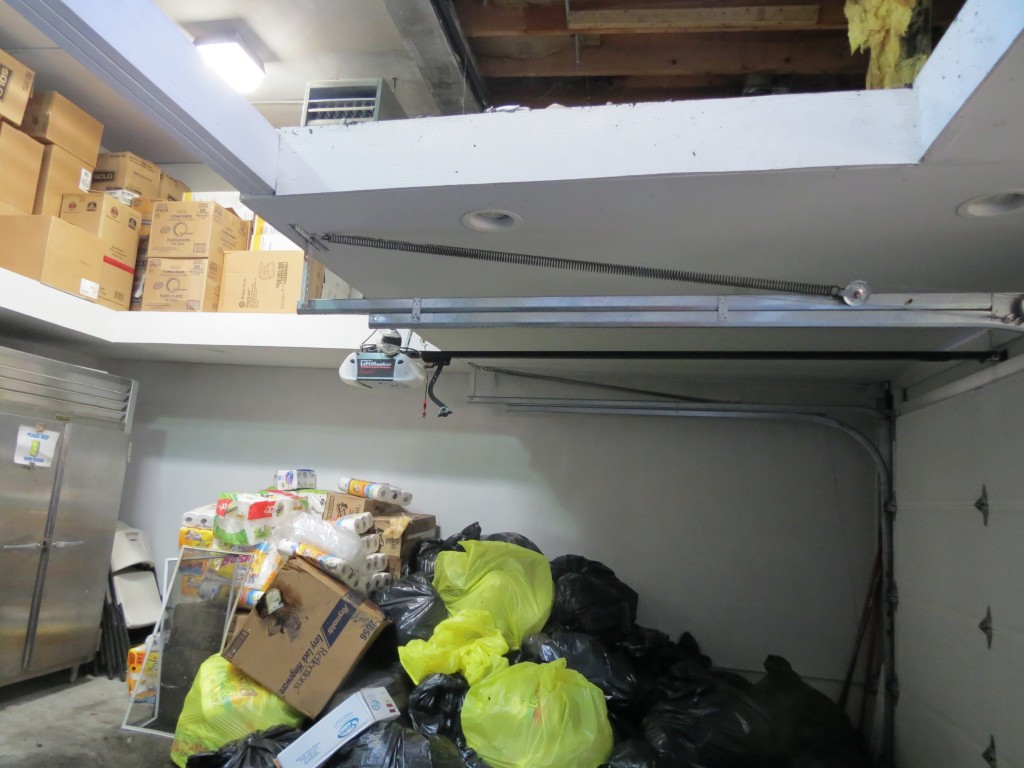 A small fire broke out in the River Fund’s garage before the nonprofit was set to hand out 1,000 Thanksgiving turkeys on Saturday, damaging some non-food items, including supplies like paper towels that volunteers often give out to those coming to the food pantry each week.

The number of people seeking help from the pantry has increased to more than 800 families each week. About 1,000 families received free Thanksgiving turkeys this past Saturday. 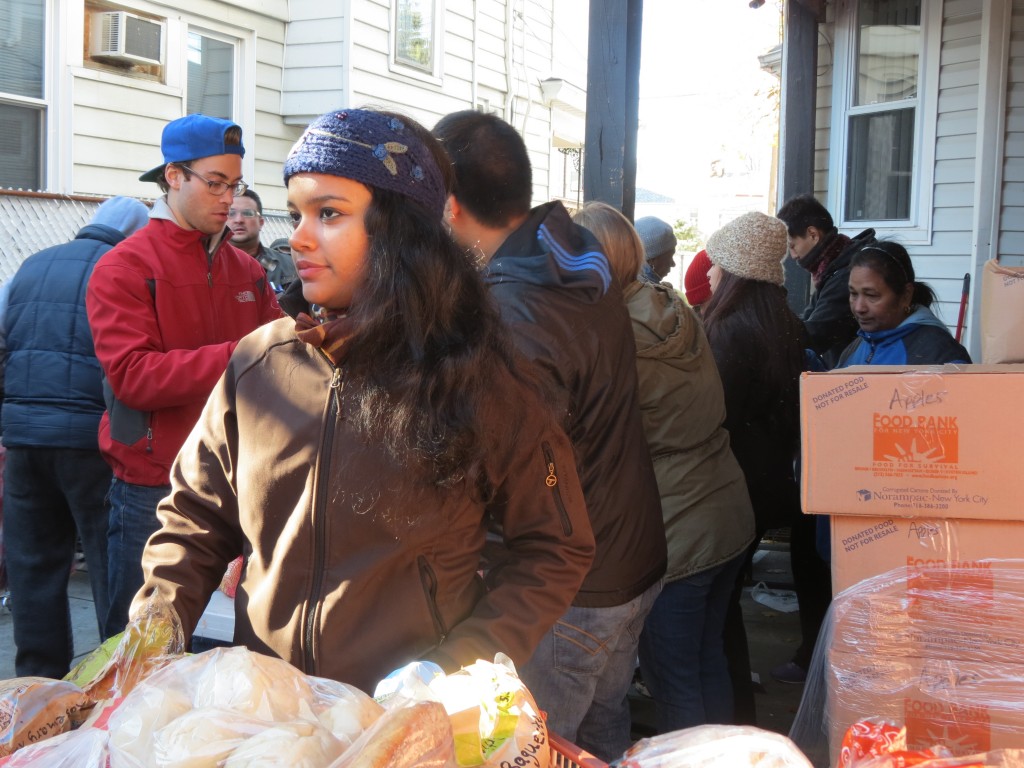 Dassy Jadan, of Ozone Park, volunteers at the River Fund food pantry. Jadan, a senior at the Humanities and the Arts High School in Cambria Heights, said volunteering at the site has prompted her to see “how important is is to help people in many different ways.”