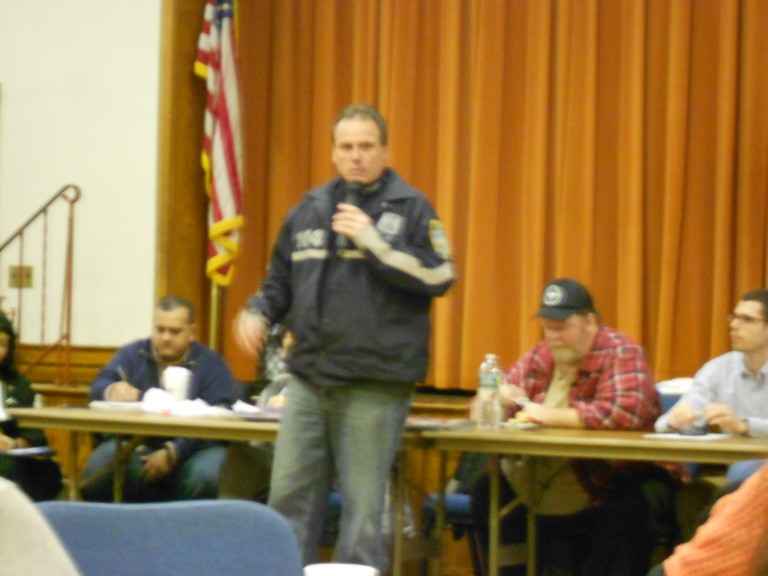 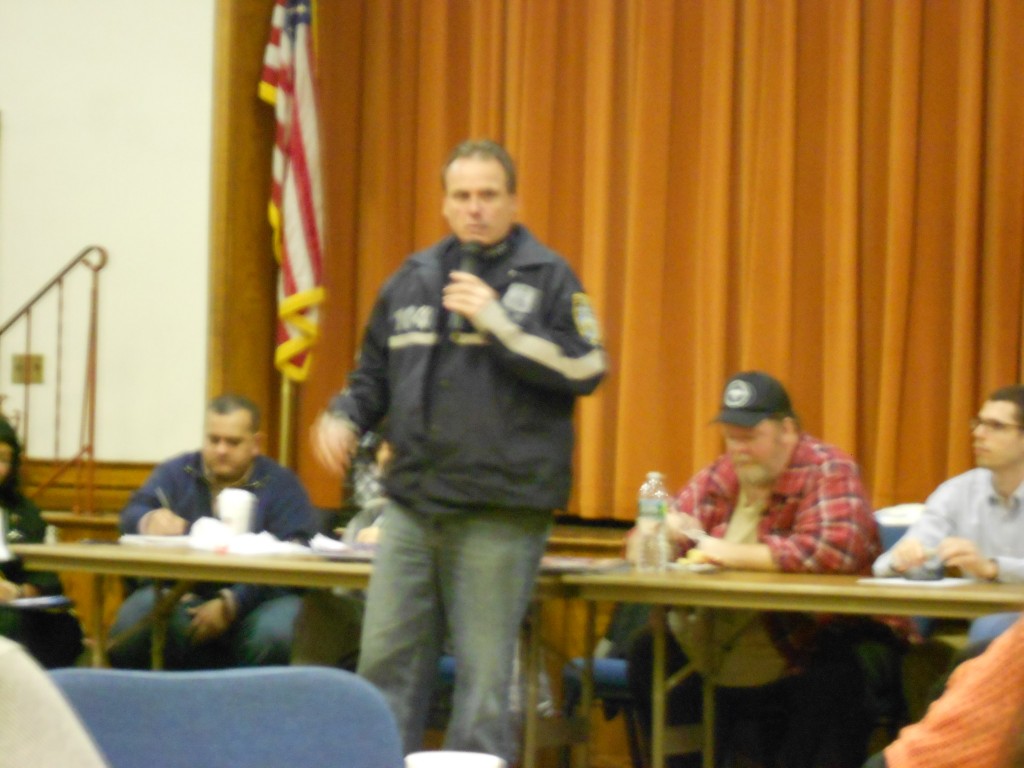 Talk of a new civilian patrol in Woodhaven and the QueensWay proposal to turn a portion of the abandoned Rockaway Beach Rail Line into park space led the discussion at the monthly Woodhaven Residents Block Association on Thursday.

The association is interested in starting their own neighborhood patrol, similar to what the Glendale Civilian Observation Patrol – otherwise known as G-COP – does for the 104th precinct.

“We are the extended eyes and ears of the police department,” said G-COP President Frank Kotnik Jr.

The G-COP organization has been aiding the 104th precinct for 37 years. The group is approaching 70 volunteers. They are an anti-crime group that patrols the Glendale community and call in any potential crimes they witness. They also assist with noise and crowd control, such as parades, and allow the police to focus on more serious calls.

Kotnik explained all the operations of his organization to those in attendance at the WRBA meeting so they could better understand the benefits of such an organization before deciding if they want to start their own civilian observation patrol.

G-COP members said they are willing to help Woodhaven start their own patrol.

“If the people of Woodhaven want to get involved, we are more then happy to help and assist this side of the park,” said. Kotnik. “We would help you with radios, ideas, and would take a few members of Woodhaven out when we go out so you are not out there on your own.”

“You have to have a good working relationship with the 102 precinct,” Kotnik said in reference to the precinct that includes Woodhaven.

The association and those in attendance now know what it would take to start their own patrol in Woodhaven.

“Whether or not Woodhaven gets a security patrol up and running again is totally dependent on how many residents are interested,” said Ed Wendell, president of the Woodhaven Residents Block Association. “Personally, I’d love to see that happen, even if it was on a very small scale to begin.”

Meeting attendees also addressed the QueensWay project, which would transform an abandoned railroad that runs through Rego Park, Forest Hills, Richmond Hill, Ozone Park and Woodhaven into a green space. Wendell was not pleased with the way the QueensWay conducted their civilian meeting, which made people split up into small groups and state their opinion. He believes that everyone, for or against, should have the right to voice their opinions, which is why they are setting up their own meeting on the matter on Dec. 9.

Assemblyman Mike Miller (D-Woodhaven) agreed with Wendell that the previous meeting did not allow residents to voice their opinion.

“I walked out cause I didn’t like how it went and how it happened,” he said. “People need the opportunity to express their opinion.”

Security is one thing that Wendell is concerned about, as people from both sides got hostile at the last QueensWay meeting.

“There was an officer from the 102nd precinct here, at their request because they were worried that residents from Woodhaven would get rowdy,” he said.  “Which is ironic because that meant that there was better police protection in that room then there was at the current greenway in Forest Park at that moment.”

The Woodhaven Residents Block Association will be hosting a tree lighting ceremony on Dec. 6 and have a parade on Dec. 7, starting at Woodhaven Manor.