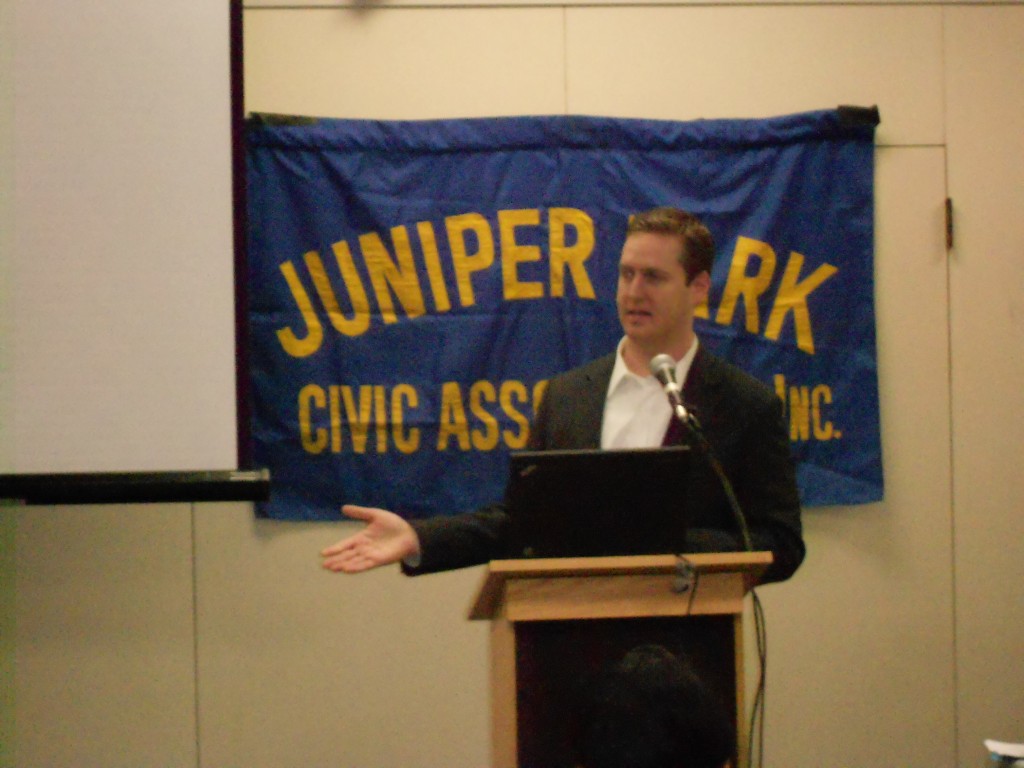 Discussion of the homeless shelter proposal led the talks at this month’s Juniper Park Civic Association meeting last Thursday, with the Port Authority updates on noise complaints a distant second.

Assemblyman Andrew Hevesi (D-Forest Hills), who represents the Middle Village and Glendale neighborhoods where the proposed homeless shelter would be built, provided an update to the packed auditorium in the Our Lady of Hope School.

“Every project like this that gets proposed that goes through this process, there is a 30 percent success rate of them getting through,” he said. “The city of New York has just come out and said that they want it [the homeless shelter], that is not a good sign.”

Residents in attendance were unhappy by this, as they do not think their neighborhood is the right one for a homeless shelter. As he has in the past, Hevesi emphasized that they have an obligation to take care of those in need, but he does not think this is the right location or site to do so. One resident suggested that the city look into one of the hospitals that they have closed and Hevesi approved.

Hevesi also made sure to emphasize to those in attendance that despite the city backing this proposal the Department of Homeless Services is the one moving this along. As he put it, “they run the show.”

The proposal has already gained the stamp of approval from the DHS and now must pass phase two, a quality review, meaning they have to prove that the proposed site to house the 125-families is in good enough condition to house the homeless.

As for the operational costs of the shelter?

“The operational cost, which they just said would be $27-million each year, that’s tax payer funded,” Hevesi said. “It comes from your pockets and mine.”

Hevesi warned residents that phase two is the important one and that if it passes that, it likely will pass the final phase quickly. 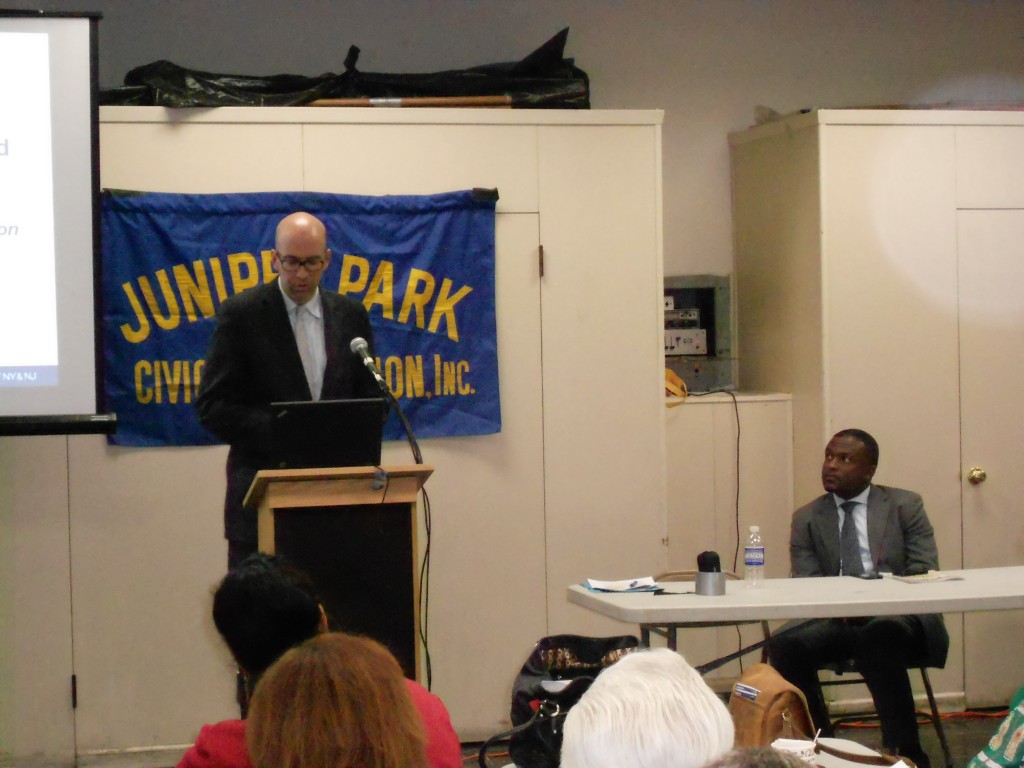 Ian Van Praagh, of the Port Authority, spoke to residents about noise pollution stemming from the borough’s two airports.

Former City Council candidate Craig Caruana stated that the current commissioner of the DHS was only appointed in June 2013 by the mayor and was appointed internally. Caruana wanted to know if there has been any communication with the new administration that would be more sympathetic to the neighborhood’s cause.

Hevesi shared that while the old administration is pushing the site, there is no indication yet if Mayor-elect Bill de Blasio and the new administration will be in favor of the site or the communities.

Another big issue residents had were who would be allowed to receive shelter in their neighborhood.

“The 125 families are families. This is a family shelter so mostly we are talking about women and children,” Hevesi told the audience. “That’s the vast majority.”

“They don’t have the right, as the city, to deny shelter and homeless services to someone if they have a criminal record or if they are on the [sex offender] registry and they are right legally,” Hevesi continued.

Those in attendance were very unpleased with this answer as they worry about the already crowded schools in the area now being flooded with 125 families worth of new students. They also don’t think people with those kinds of backgrounds should be sheltered in the vicinity of three schools.

U.S. Rep. Grace Meng (D-Queens) spoke to those in attendance via conference call with the JPCA President Robert Holden.

“I want to thank the Juniper Park Civic Association for all the work that they do,” Meng said from Washington D.C.

Meng also thanked the Port Authority for coming, before stating that the issues of noise and air pollution at airports and the surrounding neighborhoods needs to be addressed.

“We need to better our quality of life,” Meng said.

Ian Van Praagh, senior advisor of aviation, from The Port Authority of New York and New Jersey was there to address these issues and what is being done to improve them. The port authority is working on stationing temporary noise-monitoring terminals throughout neighborhoods to more efficiently track planes.

Also, the Port Authority has spent $285 million sound proofing schools, including 29 in Queens. The sound proofing of a school includes adding new windows and ventilation.  According to Praagh, the noise management improves up to 50 percent.

One resident will push for Our Lady of Hope, the host of the meeting, to be the next Queens school to be soundproofed.