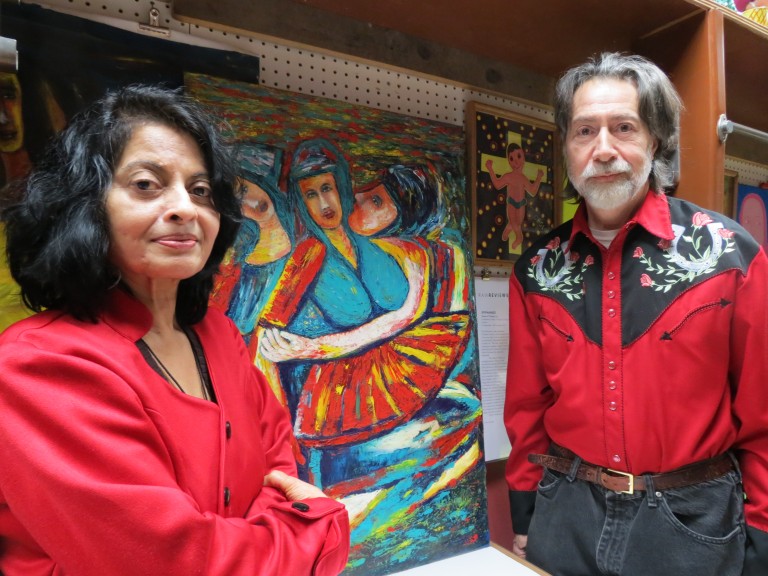 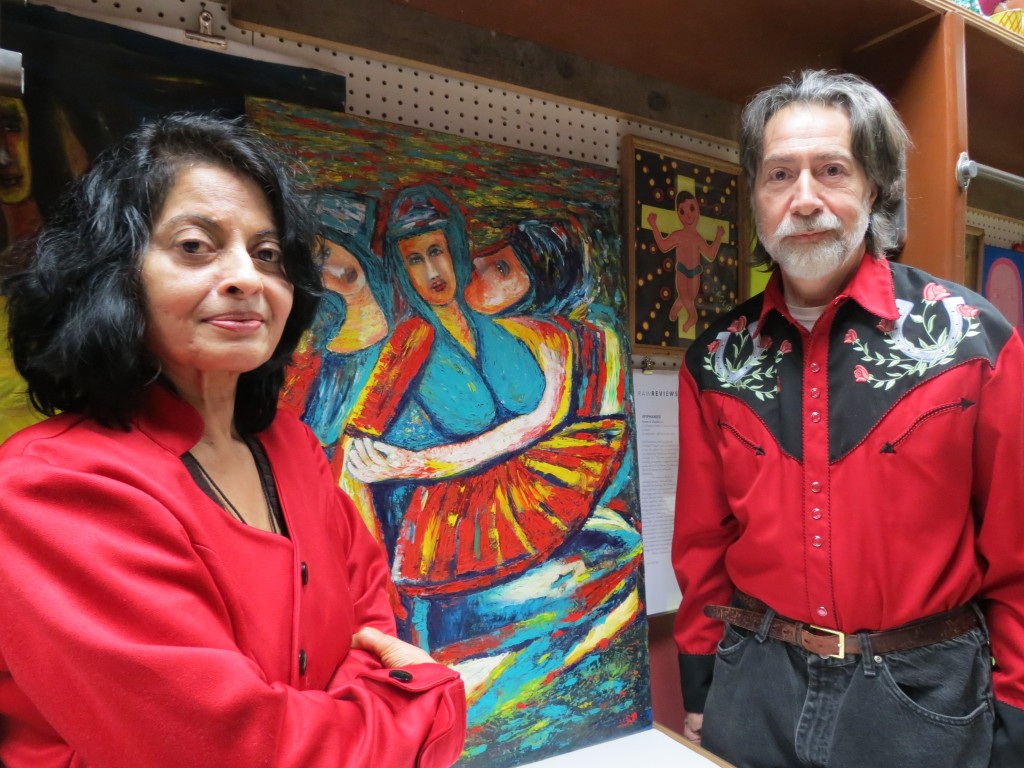 It is hard to know where to first look upon entering the Gear Art Gallery in Glendale: Colors seem to explode in the creative space that just celebrated its one-year anniversary, and the walls and narrow walkway are lined with paintings that, through oil on acrylic, tell the stories of mothers and children, of working through grief, and of coming to terms with a constantly changing world.

“This – this is my life,” Archana Santra said as she gestured toward her work being exhibited in “A Christmas Art Show” at the Gear Art Gallery, located at 61-08 Myrtle Ave. “This is what I love to do.” 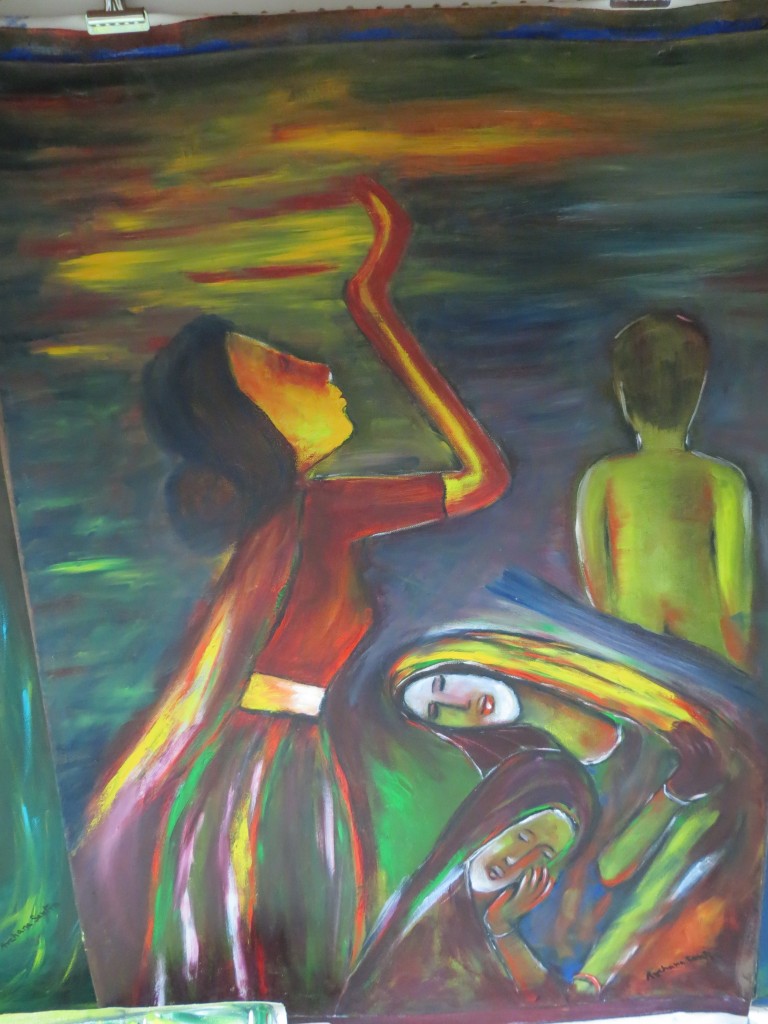 Much of Archana Santra’s work exhibited at a show at the Gear Art Gallery in Glendale delves into relationships between family members.

Santra, who moved from India to Queens – Hollis Hills to be specific – about eight years ago, is showing numerous paintings as part of the show that runs through Dec. 26, and other art pieces, in the gallery space that was launched just one year ago by Joseph Gagliano, a Glendale-based artist who too has shown his work in the gallery.

Hoping to inspire conversations about relationships with people, place and even a country’s history, Santra said her work often revolves around interactions between parents and children.

“Children’s mothers do a lot for their children, but children don’t always think they do that,” Santra said. “There has been in change in the generations. Now it’s children saying, ‘Give me this thing; give me this thing.’ They demand things. This is very wrong.’”

Santra, who grew up in India, also delves into her home country’s past with a piece depicting a woman burning – a reference to sati, a former practice in India in which a widowed woman would immolate herself on her husband’s funeral pyre.

“This happened a long time ago, but then, women couldn’t remarry, they couldn’t do anything after their husband died, and they would sit with their husband’s body and die too,” she explained.

Following her own husband’s sudden death in 1997, Santra began to work through her grief with art – something she had always been passionate about but hadn’t seriously explored until her spouse passed away. Since then, she has helped other women to face their depression with art.

The Christmas art show includes a painting that evokes the coldness of the season – and the warmth between the bond of a mother and baby.

“If you are busy and do work, you can be happier,” she said. “You have a life – you have to do something.”

Since the gallery’s inception one year ago, the space has held numerous art shows and holds a free weekly art club on Monday from 6 p.m. to 9 p.m. Anyone interested is welcome to attend.

“Here in Glendale, we don’t really have a lot of the arts,” Gagliano said, explaining the inspiration for opening the gallery. “Ridgewood has a lot; Bushwick has a lot – but Glendale doesn’t have too much. It was my dream we could have something here.”

With the gallery’s opening, a new haven for artists has been born – and about eight to 12 individuals gather for the weekly art club meeting to do everything from draw and paint together to discuss art and go to museums together.

With its shows, the gallery has raised money for various charitable causes, including to help typhoon victims in the Philippines.

As for its future, Gagliano said he hopes to soon swing open the gallery’s door to the general public on a more regular basis.

“We want to open the gallery six days a week and start selling art,” he said.