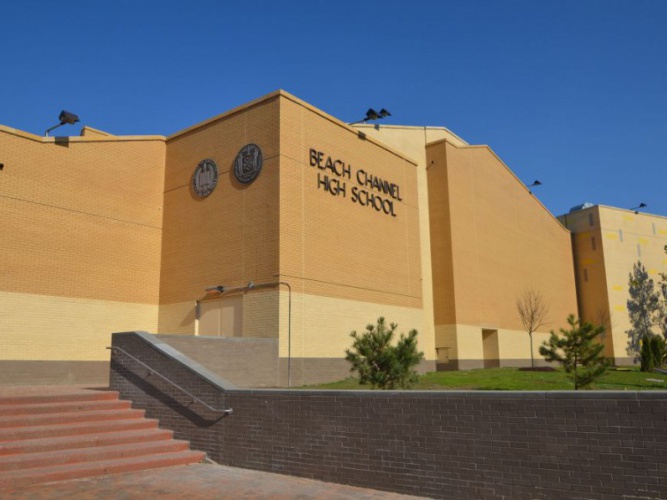 Located a stone’s throw from the Jamaica Bay shoreline, Beach Channel High School was devastated by the waters that came rushing into the Rockaway institution during Hurricane Sandy.

Rendered unusable for months after the storm, more than 1,000 students had to be bussed miles away to Franklin K. Lane High School on the Woodhaven-Brooklyn border until Beach Channel could reopen in the beginning of January 2013. The school sustained all sorts of damage, and more than eight feet of water that flooded the facility caused 30,000 gallons of oil to leak into the building’s basement and seep out into Jamaica Bay.

After such a deluge of bad news, the school has finally received some welcome positive information: close to $5 million in federal funds is headed its way. 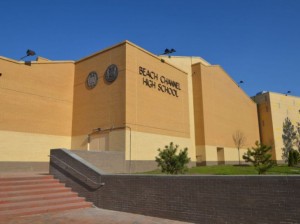 Close to $5 million in federal funding will help to pay for repairs made to the school following Hurricane Sandy. File photo

U.S. Sens. Chuck Schumer (D-NY) and Kirsten Gillibrand (D-NY) and Assemblyman Phil Goldfeder last week announced that $4.9 million in federal funds has been slated for the city School Construction Authority. The SCA will use the money for major Sandy-related repairs and emergency protective measures at the high school, as well as for environmental clean-up in Jamaica Bay.

The funding, which comes from the Federal Emergency Management Agency, will reimburse 90 percent of the post-Sandy costs the SCA undertook.

“These federal funds will be a tremendous help to Beach Channel High School, and the entire Rockaway Park community, in their ongoing efforts to put the pieces back together in the aftermath of Hurricane Sandy,” Schumer said in a prepared statement. “Beach Channel High School was hit very hard by the hurricane, and tremendous environmental damage was caused as a result of floodwater and heavy winds. This grant goes a long way towards helping defray the costs of repairs and will enable the school to get back to educating our youth.”

“Federal investment is vital to help cleanup and restore Jamaica Bay and give our schools the tools they need to rebuild,” Gillibrand said.

Goldfeder, who lives in Rockaway, noted that Beach Channel was one of dozens of schools across South Queens and the peninsula that were left reeling after Sandy.

“This new funding will go a long way in helping Beach Channel High School move forward with their recovery and ensure our children continue to receive the quality education they deserve,” Goldfeder said.

Beach Channel HIgh School, which has served students since 1973, sustained significant damage during the hurricane, and FEMA estimates that repairs at the school are just over 80 percent complete.

The measures that will be paid for as part of the $4.9 million include: Cleaning up an oil spill caused by bursting boiler tanks that leaked into Jamaica Bay, rental and installation of temporary power generation – including the staging of 27 generator rentals for other area schools, various fire safety installations, and other items.