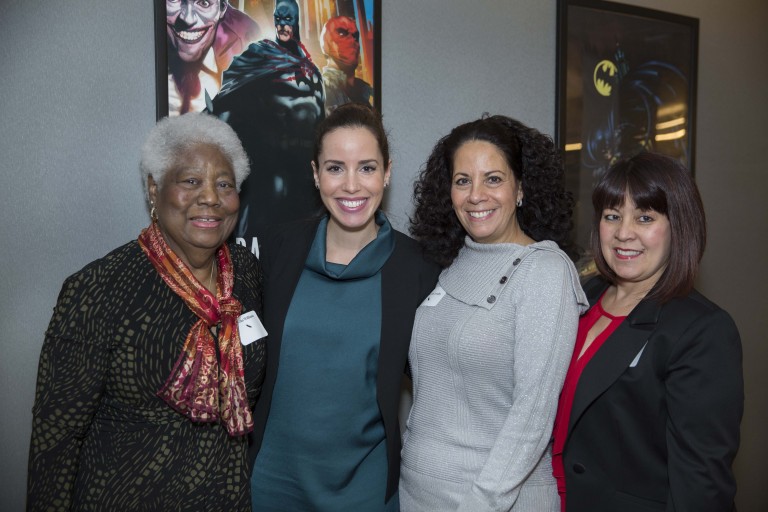 Two Queens women, one from Glendale and another from Astoria, were recognized at the New York Police and Fire Widows’ and Children’s Benefit Fund’s second annual volunteer party last month, when the families of fallen first responders gathered to celebrate the dedication of the group’s volunteers. 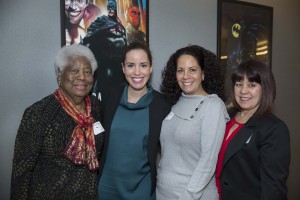 Special guests honored at the event included Carmen Suarez, of Glendale, whose husband, Police Officer Ramone Suarez, was killed in the line of duty on Sept. 11, 2001, and Margaret Mosomillo, an Astoria resident who was the wife of fallen NYPD Officer Anthony Mosomillo. 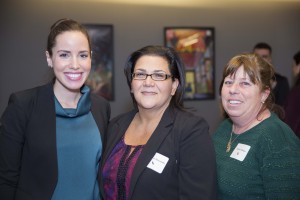 The New York Police and Fire Widows’ and Children’s Benefit Fund was created in 1985 by former New York Mets player Rusty Staub and then New York Patrolmen’s Benevolent Association Vice President Paddy Burns. Since its inception, the nonprofit has given more than $114 million to the families of city police and fire personnel killed in the line of duty.

“This evening, we would like to extend our deepest gratitude to the extraordinary volunteers who are always there to answer the call, making it possible for the Benefit Fund to provide financial assistance to the families of fallen New York City police officers, firefighters, Port Authority police, and EMS personnel,” Arielle Lenza Di Ciolla, director of development for the benefit fund, said at the event held at Palantir Technologies in Manhattan. “We can’t thank you enough for your commitment to our organization and to our beneficiary families.”

At the event, Di Ciolla presented the 2013 Volunteer of the Year Award to Chloe Ching, director of client engagement marketing at Deutsche Bank; and Brian Cassidy, vice president of client promotion at Deutsche Bank.

“Chloe and Brian have shown unwavering support over the past years,” Di Ciolla said. “They have been a blessing to our organization, showing all of us what it really means to give back to those who keep us and our city safe.”

Alongside Suarez and Mosomillo, other family members of fallen police officers recognized at the event were Marcela Leahy, a Staten Island resident and widow of Officer James Leahy, who died Sept. 11, 2001; and Lindenhurst resident Patricia Gillespie, whose husband was NYPD Officer Kevin Gillespie.

Martha Williams, of Teaneck, New Jersey, who lost her husband, FDNY member Johnnie Williams, in 1974, has been a beneficiary for nearly 30 years and was also present at the event.

Suarez and Leahy did not know each other before they lost their husbands, but they have since become incredibly close and even vacation together with their families.

The women said that meeting one another after their husbands’ deaths has brought them important support from others who understand the trials through which they are going.

Gillespie and Mosomillo, for example, said they have formed an inseparable bond and have counted on one another for years.

The women also stressed the role the benefit fund has played in their lives.

“Even though it has been 15 years, it still brings tears to my eyes every time I receive a check from the benefit fund,” Mosomillo said. “It is not about the amount, but just that they remember us; it’s a symbol that we are not forgotten.”

The benefit fund currently serves more than 600 families. Last year, the group distributed more than $2.5 million to the families of first responders – and organization officials noted that the need for help has grown.

“The benefit fund takes pride in answering the call, as our heroes have done to protect our city, courageously sacrificing their lives so we can live and work in a safer community,” the group stated.