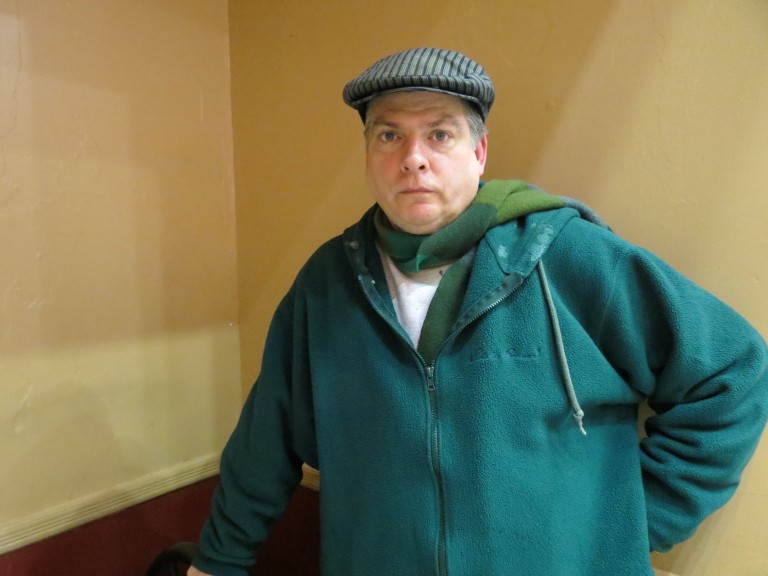 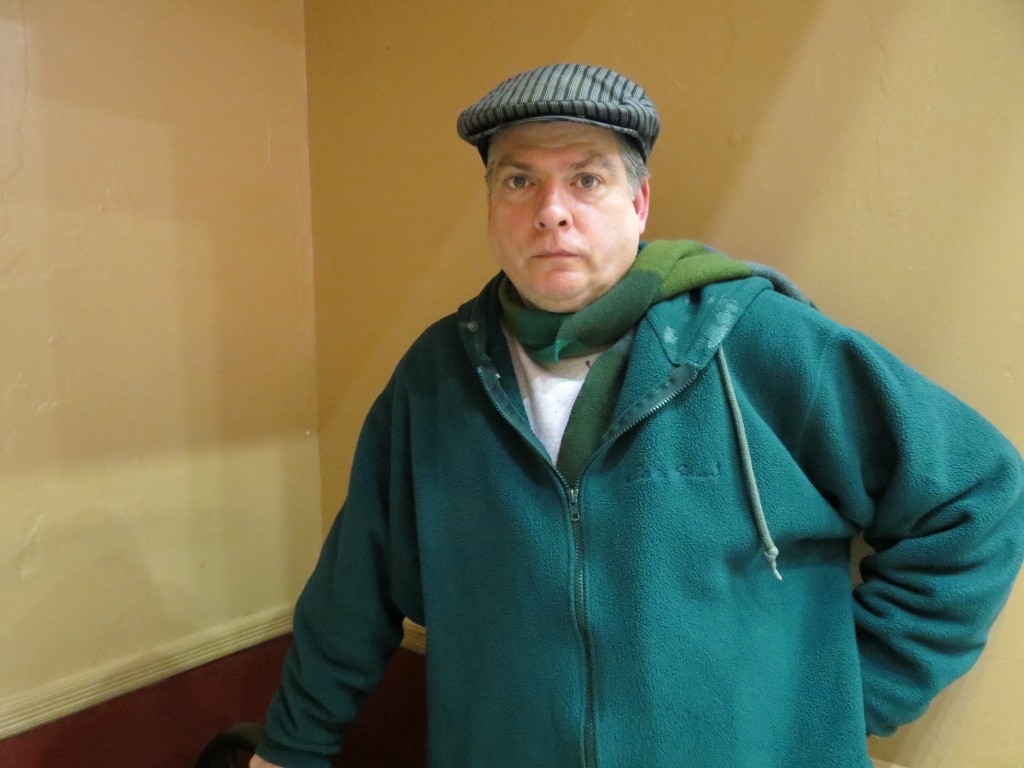 A Maspeth resident who goes by the name Jean Pierre, has been homeless for months, and the individual, who lost his full-time job as a bus driver in October, has been unable to find housing he can afford. Photo by Anna Gustafson

Head bent over a stack of Queens newspapers, a middle-aged man in a green fleece, green striped scarf and railroad cap stared intently at the words laid out before him on a table in a McDonald’s on Grand Avenue in Maspeth.

For the man, who goes by the name of Jean Pierre, it was a scene that has been played out time and again in recent months, as he maneuvers the world of the homeless: Fatigue, nearly nonstop moving, concerns over safety, wondering how it was that everything could so quickly unravel – and when life would become recognizable once again.

“When you have no place to go – the subways don’t want you, the restaurants don’t want you to loiter, the buses don’t want you – what do you do?” he asked. “You buy coffee here; you buy coffee there, maybe some soup. Where do you sleep? A lack of sleep affects your health. I know a guy who was admitted into the hospital because he wasn’t sleeping.”

Pierre, who takes pride in his ability to crack jokes and pens poetry when he’s feeling inspired (“I’m a Maspethian,” he proclaims after discussing his love for verse), lost his job in October as a full-time bus driver after holding the position for a little more than 26 years. While he’s working with his union to fight the decision to lay him off in hopes that he might be able to reclaim his job, Pierre, in the meantime, is trying to find housing he can afford on unemployment benefits – which, as he said it turns out, appears to be not a whole lot. Or, really, nothing.

Pierre receives $400 a week, but half of it goes to child support for his two sons, ages 9 and 14, and he said he has contacted a number of affordable housing complexes in the city but has not been able to secure anything.

“I paid all my taxes all these years, and when I need help? When I try to find help, I can’t get help?” he asked.

One of the major problems Pierre has faced, he said, is the fact that when he filed taxes last year, he was making $50,000 annually – and while that is no longer the case, any affordable housing complex looks at that figure and dismisses him.

Pierre has found places to sleep – one pretty much has to, he said – whether it was in his car in a church parking lot or a friend’s apartment in the process of being renovated. There were other places, too – spots he seems uncomfortable talking about: A “shanty town” in Brooklyn where hundreds homeless individuals gathered, another locale he brings up but immediately brushes off, saying only, “it was warm – and it wasn’t dangerous; I promise.”

Upon becoming homeless, Pierre said he immediately noticed the stigma that would follow him, accusations that he felt were often cast the way of him and others like him.

At least one day a week, he will go to the Maspeth library and research affordable housing – and, in his internet wanderings, as well as close study of all local news, he has been dismayed to discover that the community has come out in full force against a homeless shelter the city has proposed to be built at 80-02 Cooper Ave. in Glendale.

“They have a right to be concerned about health issues,” he said in reference to civic leaders’ and legislators’ opposition to the shelter in part because they say the facility, once used as a factory, would be dangerous to use as housing.

“But it’s not just that – there’s a prejudice there,” Pierre went on to say. “A lot of people aren’t looking for handouts. We want to pay our way. We need to help our own community.”

Ultimately, Pierre said his biggest goals right now are to find housing and land a job – and, maybe, start up a nonprofit to help those in the situation in which he now finds himself.

“The working poor, we always hear, ‘Sorry, I can’t help you; Sorry I can’t help you,’” he said. “Well, OK, I’ll help myself. And I know what it is to be homeless now, and I want to help others.”