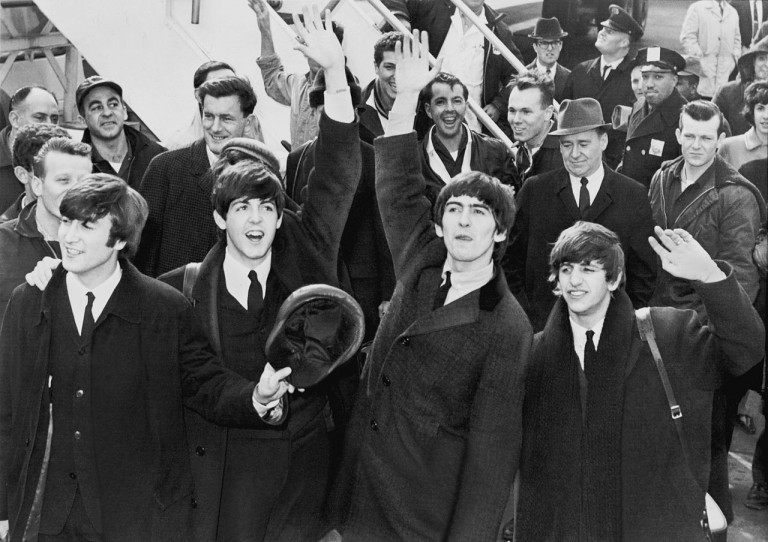 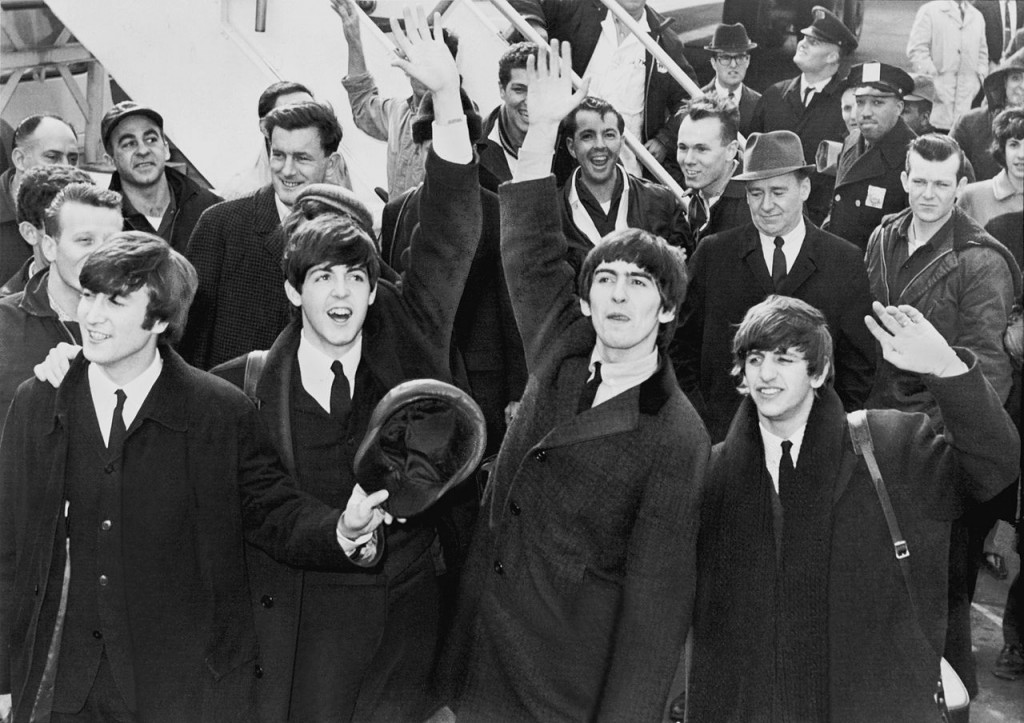 While there was not the same mass pandemonium at JFK International Airport last Thursday that occurred 50 years ago, Beatles fans from all over the world gathered Friday to celebrate the 50th anniversary of four 20-somethings from England emerging from a plane into a throng of screaming fans and forever changing music and pop culture in the United States.

The roster of those in attendance at JFK’s event, which was held by the Port Authority of New York & New Jersey at the restored TWA Flight Center, was a long and varied one, ranging from John Lennon’s older sister, Julia Baird; Liverpool’s Lord Mayor Gary Millar; longtime Billy Joel bandmate and Ringo Starr’s music director Mark Rivera; and, fans hailing from Queens to Ghana.

“We are absolutely overwhelmed and thrilled to be in New York,” said Baird, who lives in Liverpool – the hometown of the Fab Four: John Lennon, Paul McCartney, George Harrison, and Ringo Starr.

The Beatles arrived at JFK’s former Pan Am terminal in the early afternoon of Feb. 7, 1964  -and the greeting they received was one of thousands of cheering fans, many of them teenagers, who screamed until hoarse and exuberantly waved proclamations of love for the band who, two days later, famously appeared on the Ed Sullivan Show in a broadcast that was seen by a record-setting 73 million people. 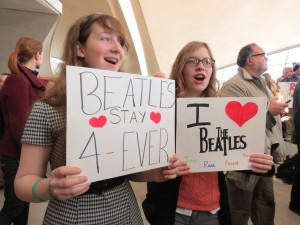 Beatles fans from across the country – including these 13-year-old twins from Michigan, Grace and Hannah Ochs – gathered at JFK Airport to celebrate the 50th anniversary of the Fab Four landing in New York. Photo by Anna Gustafson

The Beatles’ arrival “ushered in a transformation of rock ‘n roll and American culture,” Foye continued.

Speaking before everyone from 13-year-olds who traveled from Michigan to be in New York for the 50th anniversary to a former Pan Am stewardess from Ghana, the lord mayor of Liverpool, Millar, said the setting at the TWA building took “me back 50 years.”

“I feel I’m here with the Beatles,” Millar said.

After the four musicians touched down in New York, they held a memorable press conference during which they bantered with a couple hundred reporters crammed into the Pan Am terminal.

“Listen, I got a question here,” one reporter said. “Are you going to get a haircut at all while you’re here?”

In response, three of the band members, who had landed fame for their shaggy haircuts that were, at the time, bemoaned by many a barber, answered a definite no to the question.

“I got one yesterday,” Harrison said, making the room erupt with laughter.

And while the Beatles were certainly famous in the U.S., they had yet to achieve the iconic status they would soon have.

“What do you think of the comment that you’re nothing but a bunch of British Elvis Presleys?” a reporter asked the four at the press conference, to which Starr said “it’s not true” and jokingly invoked a number of Elvis moves.

Among the thousands of people welcoming the Fab Four to the U.S. was Frank Gulluscio, a Howard Beach resident and district manager for Queens’ Community Board 6.

“My mom worked at Pan Am and she said, ‘You’ve gotta come to this,’” said Gulluscio, who had just graduated from high school when the Beatles arrived. “So my sister and I went. It was incredible.”

Grace and Hannah Ochs, 13-year-old twins from Michigan, flew from their home state to New York with their mother to mark Friday’s anniversary.

“Their music was actual music,” Grace said. “They had real talent, unlike the auto-tune stuff of today.”

Liverpool, a Beatles tribute band, entertains the crowd gathered at JFK Airport for the 50th anniversary celebration of the Beatles’ U.S. arrival. Photo by Anna Gustafson